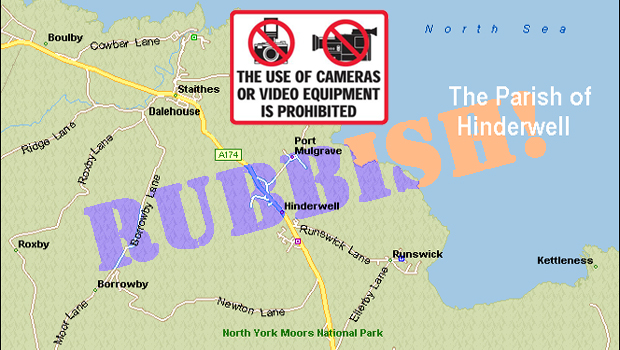 Following recent Enquirer articles of national significance (on John POULSON and Greville JANNER), readers will, I hope, forgive me for descending to more parochial affairs.

On Thursday 14th May 2015, I accompanied a friend to a Meeting of Hinderwell Parish Council (HPC).

On entering the tiny office in which Meetings are held, we were both astonished by the visible consternation and wariness that our presence immediately occasioned. We were immediately cautioned that we would not be allowed to speak. Welcome to the warm interface between public servants and their public, HPC-style.

There were no copies of the Agenda available for members of the public, but Parish Clerk Carol BARKER, on request, printed two copies for us. The Agenda made no mention of a Public Participation session, nor did it make reference to the right of members of the public to film/record Meetings.

The only available seating lined two walls of the office, with no distinction between places reserved for Councillors or members of the public. 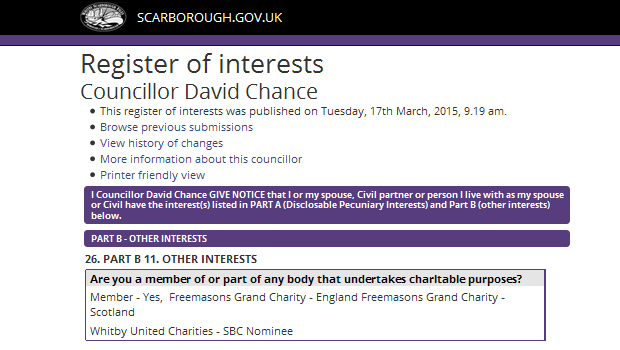 It will be interesting to see whether or not Councillor John NOCK declares an interest with regard to Freemasonry . . .

No sooner had HPC Chair Councillor Arthur JACKSON opened the Meeting than both he and Parish Clerk Carol BAKER challenged the right of my companion to film the meeting. Moments later, one of the visiting Councillors (since identified as County Councillor David CHANCE) breached my rights under the Data Protection Act 1998 by identifying me by name to those present. One might expect him to know better (or, at least, to know something). Small wonder that Councillor CHANCE was unable to provide the necessary information to prevent Chair Councillor Arthur JACKSON making a fool of himself.

Despite advice from PC Darren MORTIMER to the effect that the Parish Council has no powers to prohibit the filming/recording of its Meetings, Chair Arthur JACKSON decided to abandon the Meeting.

It is difficult to imagine that any competent Chair of a Parish Council could genuinely have been unaware of the new legislation – the Openness of Local Government Bodies Regulations 2014 – on 6th August 2014, confirming the right of members of the public first enshrined in the Public Bodies (Admission to Meetings) Act 1960 – especially as all Parish Councils were informed of the ramifications of the new Statutory Instrument at the time. 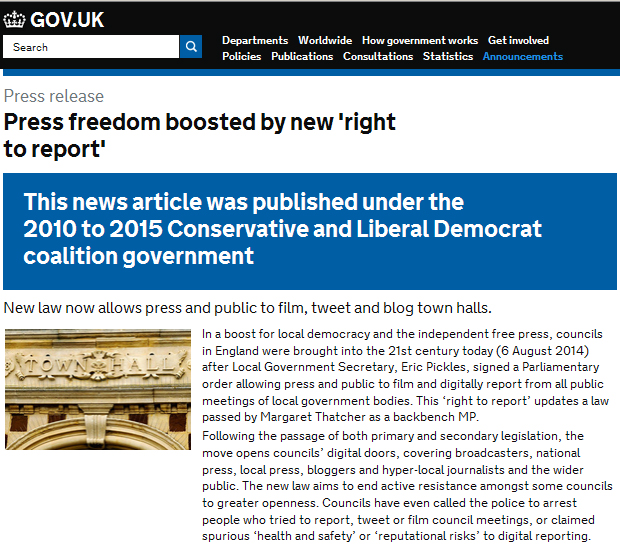 Hinderwell Parish Council is a case in point.

Nor can one imagine that any competent Chair of a Parish Council could be oblivious to the many television and print-media reports regarding citizens exercising the right they have had held since 1960. See, for example, this BBC Inside Out report (starting at 12:00mins in):

Certainly (and to his credit) PC Darren MORTIMER was clear on the law. He has probably been aware for some time of the by-now famous letter of August 2010 (nearly five years ago) to all Police Forces from Chief Constable Andrew TROTTER (ret’d), in his then-capacity as Chair of the Association of Chief Police Officers (ACPO): 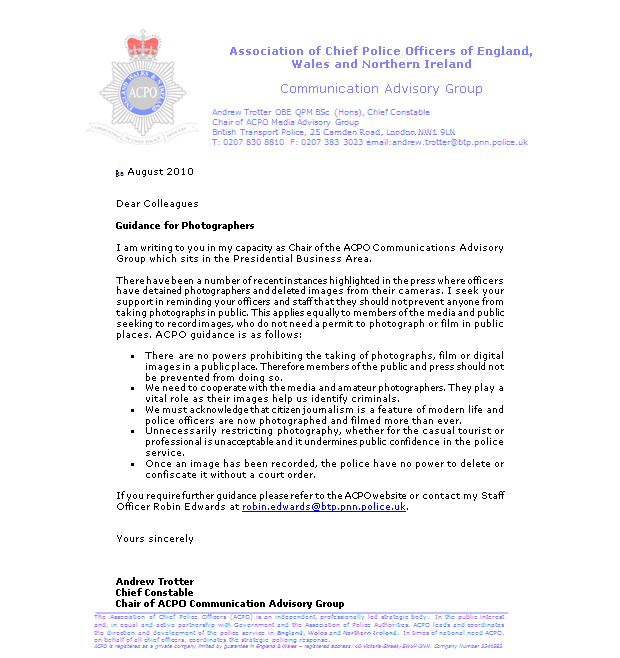 Section 33 of the Criminal Justice Act 1972 provides the legal definition of a “public place”:

In my view, it is entirely reasonable for members of the public to expect Parish Councillors in general – and Chairs, in particular – to have some rudimentary grasp of the laws that circumscribe their actions.

I know, I know. They are “just volunteers giving freely of their time to try to act in the best interests of their fellow electors”. Indeed. But that does not render them above the law.

And that does not bestow upon them the right to speak to members of the public in the disgraceful way that my companion and I were addressed (“You are not welcome here”, “Why don’t you get out?” – remarks of that ilk, all conveniently omitted from the draft Minutes).

In any case, in order to keep them on the straight and narrow, Parish Councils employ Parish Clerks to advise them on points of Council procedure, precisely so that they do not stray into the area of unauthorised actions – ultra vires.

Hinderwell Parish Clerk Carol BARKER has been praised by her Council and recently given a pay-rise – as can be seen from the Minutes of the Council’s 5th March 2015 Meeting: 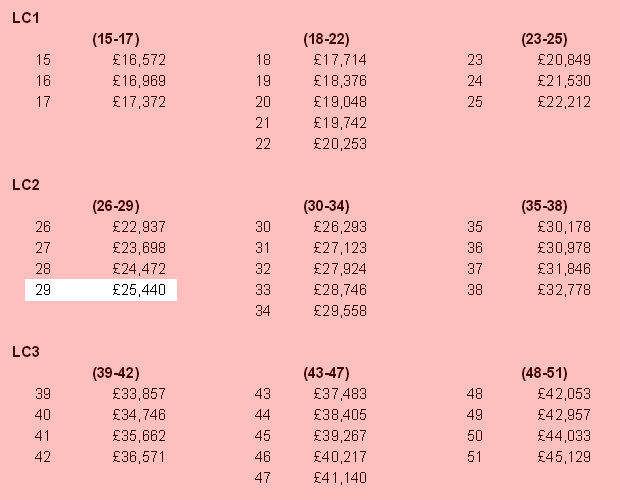 I would surmise that there must be many people in Hinderwell who draw annual salaries at half of that rate – or less. I would also surmise that, by and large, they know how to do their jobs. With a high degree of courtesy.

So I am inclined to the view that the HPC Chair and Clerk were, in fact, completely aware that my companion was within her rights to film the Meeting but simply refused point-blank to be filmed, preferring to abandon the Meeting – thereby neglecting to deal with the business of the Parish. They certainly should have been aware; they have been informed often enough.

I know of three valid grounds upon which a Council Meeting may lawfully be abandoned:

None of these was applicable at the abandoned HPC Meeting of 14th May 2015.

The abandonment of a meeting by the Chair on no better grounds than a personal desire not to be filmed or recorded is not a lawful action. It is ultra vires.

I do not yet know what it is that Hinderwell Parish Council so desperately wishes to be withheld from public view.

It may, on the one hand, be nothing more sinister than the exposure of their collective incompetence, whatever it is, it invites closer scrutiny . . .

Having offered HPC a ‘right to reply’, I have allowed two weeks to elapse before publication of this article; alas, HPC has elected to rely on the right to silence. No explanation; no apology.

And Parish Clerk Carol BARKER has not denied being aware of the right of the public to film/record meetings at the time she supported Chair Councillor Arthur JACKSON’s determination to adjourn the Meeting rather than comply with the law.

But what really irks me is the way in which so many Parish Councillors and Officers have lost all grasp (if ever they had any) of their rôles as servants of the public, elevating themselves instead to an imagined status as strutting little martinets empowered to do just as they please. They are, at once, arrogant and officious – and, in point of fact, of no consequence at all.