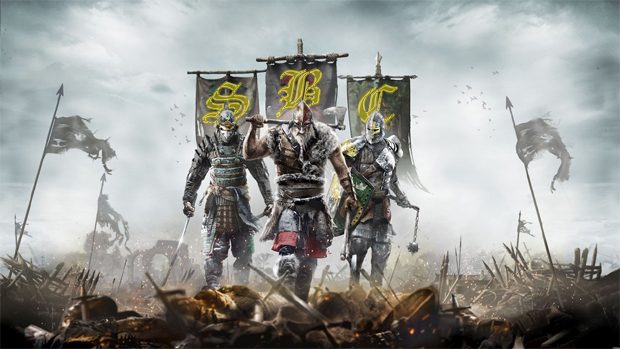 A Letter to the Editor from Dawn HALL of Whitby who, having found her views regarding the Cabinet of Scarborough Borough Council echoed by many of her friends and customers, feels moved to expressing them in the public domain.

Having been a visitor to wonderful North Yorkshire for many years, and over the past 15 years a business owner and resident of Whitby, I feel I must write to give my views on its history and current decline.

For centuries, the Vikings were stereotyped as marauding barbarians arriving in their helmeted hordes to rape and pillage their way across Britain. A number settled in Whitby and became an integral part of the fabric of social and political life here. Sadly it seems that a new wave of barbarians have appeared, masquerading as the Cabinet of Scarborough Borough Council.

Over the past years, I have witnessed rape and pillage on a massive scale, stealing and selling the assets, taking the revenue in order to satisfy their lust, incompetence and waste. The Cabinet seem to have a total lack of respect for anyone outside their little flock and especially to their fellow elected Councillors.

They seem to lack any foresight and have shown sheer incompetence on a number of occasions, lavishing electors’ hard-earned cash on their egotistical projects. A Cabinet where the Leader has imposed a strict monastic silence over his Councillors, forbidding them to dare to challenge him or vote against him or his Cabinet.

What have they done with our money (and I do include Filey in this)?

All spent on Scarborough, on projects that give little income, jobs or return on investment. A loan for the water park (£9 million), indoor market refurbishment (£2.8 million), and now £4 million on the proposed demolition of what, hidden beneath, is a beautiful and historic building – The Futurist.

Unfortunately, it is too late for the first two. The £9 million will one day be written off, as it is and will remain a loss making facility that charges far too much for the majority of families to afford. It beggars belief that, if true, the Cabinet has sanctioned such a loan without any security! If correct, they should immediately be held to account for their sheer incompetence and malpractice!

As for the Market, I am informed that a few people do not even pay rent or rates.

And now The Futurist, to be flattened and held until the day one of their cronies decides it is wanted by them. When there are so many areas in which such large amounts of money could have been invested, only morons would have done what they have. They now propose to spend £4 million on demolishing a beautiful building, turning the area in to a waste land.

I find it incomprehensible why someone would spend £4 million to ready a site for a future development; surely that is the developer’s responsibility as part of their development! Common sense says to just leave it as it is, that is until the day the Cabinet have resigned or been removed and replaced by people who care for their towns, are able to listen, make unbiased decisions and realise that The Futurist is a very important part of Scarborough and its history.

The only reason the Cabinet are pushing for the demolition, is that they are too far down the line, having already wasted money on it, lied and cheated us with stories about the poor state of repair and the proposed developer and their planning and agreements that do not exist. For them to give in now would no doubt be the beginning of the end of their dictatorial regime.

Surely the money loaned and used on the Market should have been spent on improving infrastructure, creating jobs, repairing and building housing for the poor, and the money for The Futurist on saving Whitby piers! Scarborough people have the lowest average salary in the UK, together with the highest debt problems in Yorkshire and that is fact, Mr Bastiman.

All the Leader speaks of is their spending spree over the last decade (IN SCARBOROUGH) and of the vast amounts of money on new projects, like the cinema, multi-storey car park and luxury flats and a holiday village (no doubt for his cronies) – AGAIN IN SCARBOROUGH. I can only speak for Whitby, which brings in large amounts from Council and Business tax and from the car parks. The money from the car parks is Harbour income and should be kept in Whitby.

You have no right to use this for your own ends and especially to pay for the Tour de Yorkshire when that is Scarborough Council’s responsibility. We are also now told that WE have to find £3 million towards repairing the piers. When is this Cabinet going to realise that they are spending our money, making decisions without any discussion or debate with our elected Councillors and listening to what we want.

Mr Bastiman and Cabinet, if you have so much money for future projects, the towns of Whitby & Filey demand their fair share of the spending.

Having voted conservative all my life, I doubt that I will ever again vote for that party whilst government allows Cabinets to wield total power, especially this undemocratic shower. They are public servants elected to govern (together with other elected Councillors) on all our behalf, not just for Scarborough’s benefit and their own ends. Each Cabinet member should look at what has happened over the years. There has clearly been an abuse of power, corruption, incompetence, lies and hiding of the truth.

There are a few members of the Cabinet who still command some respect. They should seriously think about retirement or resigning before it all falls apart. The other Councillors should also look at themselves. By allowing what has been going on to continue, there is simply no use you being there. Councillors, please have the guts to walk out of future meetings until you are given respect and the chance to debate all issues, as you were democratically elected by us to do.

A Cabinet can’t rule without Councillors, so show your contempt for them and walk!

The vote of No Confidence was a sham, built on lies and unsupported legal advice allowing the Cabinet to vote. Come on Leader, answer all the letters and email requests for information that have been requested, we have a right to reply (that also includes your legal team!). Cabinet, what you have been party to is a disgrace; you are clearly not capable of holding office and acting within your guidelines. You should be held to account for your actions!

People of Whitby, Scarborough and Filey, look at yourselves. APATHY. You have just sat back and allowed your towns to be ruined and your lives to be degraded by these people.