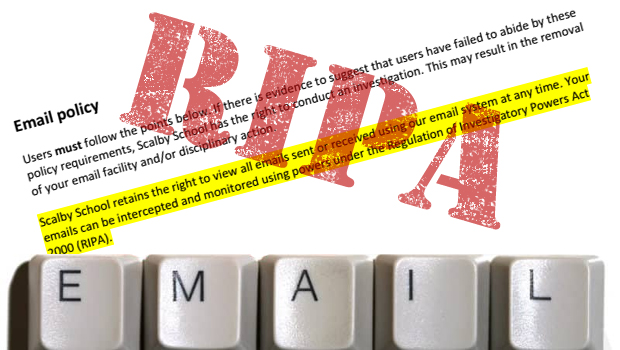 The Enquirer has provided detailed coverage of Scarborough Borough Council’s ‘misapplication’ of RIPA – claiming it as authorisation for the deeply repugnant practice of Officers intercepting emails to and from members of the public and Councillors (and other Officers).

The legalities of the matter have been exhaustively set out in a Letter to the Editor by reader Mrs Anne SKEOGH.

But the practice continues.

As a committed believer in the maxim “Transparency in government, privacy for the individual”, I regard the very idea of local authorities exceeding their statutory powers in order to pry into communications between individual human beings (whether private citizens, elected members or paid public servants) as totally undemocratic, authoritarian statism.

Against that background, readers may easily imagine my reaction to the information that it is not only Councils and Police Forces that abuse RIPA to ‘monitor’ communications – schools, too, regard RIPA as a licence to snoop.

Take, for example, this extract from Scalby School’s E-Mail Protocol & Guidance document, downloaded from the School’s website a couple of months ago.

Interesting. So Scalby School proclaims that it has the “right” to “view all emails”, “conduct an investigation”, close down “email facilities” and/or impose “disciplinary action”?

By what “right”? Which Act of Parliament or Statutory Instrument confers this “right”? And what “disciplinary action”?

Well, according to Scalby School, that would be the Regulation of Investigatory Powers Act 2000 (RIPA).

But that is not true. RIPA does not authorise Scalby School (or any other school) to intercept emails.

Without re-iterating Mrs SKEOGH’s Letter to the Editor, the following extract from the Wikipedia entry for RIPA gives some sense of the purpose and scope of the Act and upon whom its powers are conferred:

Just like Scarborough Borough Council, Scalby School has interpreted RIPA as a snooping licence – snooping, it would seem, for snooping’s sake, rather than to preserve “national security”, to prevent “serious crime” or to salvage “the economic well-being of the United Kingdom” – none of which are at risk in Scalby School. Be it noted that neither Scarborough Borough Council nor Scalby School appears on the list of public authorities permitted to use RIPA.

On 30th August 2018, I submitted a Freedom of Information request to Scalby School, via the WhatDoTheyKnow website. I requested:

(1) A copy of the document authorising the school to employ RIPA to intercept emails;

(2) A copy of the document under which the application was made;

(3) Copies of all internal school documents relating to the past, present or intended future use of RIPA to intercept emails;

(4) The name and position of the teacher/administrator/governor who first raised the suggestion (as recorded in Minutes, internal memoranda, emails, etc) that the school might employ RIPA to intercept emails.

After the statutory response period of 20 working-days elapsed without acknowledgement or response from Scalby School via WDTK, I emailed Headteacher, Mr Michael McCLUSKIE (pictured below) directly, in an attempt to assert my right (under the Freedom of Information Act 2000) to the requested information. 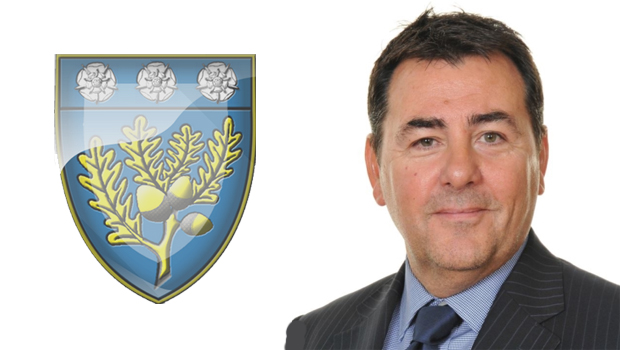 On 4th October, Mr McCLUSKIE was reluctantly able to assure me, in response to (1) and (2) above, that “Scalby School has not requested authorisation to employ RIPA to intercept emails” – but he did so via my private email address, thus keeping invisible to the wider public the crucial admission that the assertion on the school website was unfounded.

In response to (3) and (4) above, Mr McCLUSKIE could only assure me that the School “holds no information” as to how, when, where, why or by whom the “right” claimed under RIPA found its way into the School’s E-Mail Protocol & Guidance document. There it was on the school’s website, but Mr McCLUSKIE calims that the school holds no record of how it got there. Do you believe that?

Presumably, then, that RIPA “right” appeared on the school website as if by a spontaneous process of autogenesis? Perhaps some big boys did it, then ran away? Clearly, Mr McCLUSKIE’s response conceals the fact that somebody has set in motion a chain of events leading to an ultra vires action; somebody acting on the school’s behalf has exceeded her/his statutory authority, though no individual can be identified. Do you believe that?

So much for accountability.

On the bright side, Mr McCLUSKIE concluded his response as follows:

Those of us who care about civil liberties will be relieved to know that Mr McCLUSKIE has been as good as his word; the review appears to have been completed and the E-Mail Protocol & Guidance document has now been replaced by the E-Safety Policy document, from which any spurious assertion regarding the school’s “right” under RIPA has been expunged.

Bravo! One in the eye for Big Brother.

But on what kind of chump legal advice was Scalby School’s RIPA clause instigated in the first place? One of the senior partners at  Honicker Ceaușescu Brezhnev Associates LLP? Arthur DALEY, maybe? Claire RAYNER?

Meanwhile, readers who know of other schools – or, indeed, any other public institutions – who are (or may be) abusing the Regulation of Investigatory Powers Act 2000 (RIPA), are invited to let us know via the following email address:

They deserve their fifteen minutes . . .