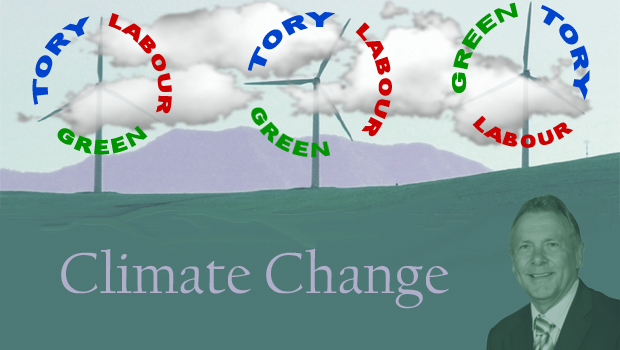 Who would have thought an innocuous Green Party motion on climate change would signal a change in Scarborough Borough Council’s political climate?

It’s not often you can point to the very moment a Council Leader and associated apparatchiks’ political careers come to an end.  At the SBC Full Council meeting of January the 7th we witnessed such a moment.

To the casual observer, the Green’s motion simply got the majority of the votes. Nothing significant in that; it was a reasonable motion.

So if you are unclear why this is so significant, let me explain the dynamics of Council political Groups.

The Council meeting Agenda is discussed before the actual meeting at private and confidential meetings of the members of each of the political parties. This is particularly important for the leading group; they have the majority and so can effectively decide the outcome of every vote at the Council meeting.

If you thought your party-affiliated Councillor just voted as he or she sees fit, think again.

The party Group decide, either by majority or on their Leader’s instruction, how they will all vote at the meeting.

Dispensations can be given for ward members on sensitive or conscience issues, but generally they all agree to accept the majority decision and all then vote the same way – regardless of their own (or residents’) opinions.

Any member wanting to vote differently let’s their Leader know at the pre-meeting and this is agreed, or not, as the case may be. Pressure and payoffs can be applied to secure loyalty if required.

Voting against the Group without agreement/dispensation is a serious disciplinary issue which could result in the member being thrown out of the Group and ultimately deselected as party candidate. Serious stuff indeed.

There are, therefore no, surprises and the Leader knows they have the outcome in the bag before putting anything to a vote and can’t  be embarrassed by proposing something that won’t be carried.

When the opposition put forward a motion it is discussed by the leading group and they decide if they support it or not. Usually not, as they don’t want other parties to be able to claim any credit.

If they do support the idea, they vote for it – usually after claiming they were going to do it anyway.

More often than not, they make sure the motion fails. To do this, they either directly vote it down or, if the motion would have public support, by putting up an amendment which changes the Oppositions’ proposal to mean something else. If they want to kill an idea but look like they support it (so as not to lose votes), they invariably put forward a motion to refer the item to the scrutiny process. This is ‘the long grass’ option, as even if it is eventually discussed as a part of the over-subscribed Agenda, the outcome is meaningless, committing the Council to nothing.

It is clear that, like the provision of a Refuge for beaten women, the environment is not in Leader Bastiman’s cannon of worthy causes.

The Conservative Group were primed and whipped to give the motion short shrift.

But what’s this ? The Scrutiny Chairman, Labour Cllr Liz Colling stands up … and clarifies that contrary to Cllr Mallory’s assumption, she doesn’t support the amendment.

The debate continues with the Greens proposer Dilys Cluer rightly pointing out that the item cannot possibly be scrutinised before the election and so could not be included in the budget process. She might as well have said  Nice try but we’re not falling for it, guv!

Step up to the frame, Councillor  Andrew Backhouse, who calmly and authoritatively rejects outright his own Group’s amendment

A slight ripple goes through the room. People move to the edge of their seats.

Move to the vote…

(It’s hard to avoid the analogy of turkeys voting for Christmas… for turkeys the majority of them are, few in the Cabinet will be able to keep their places on merit when their patron is dispossessed.)

The anticipation is palpable.

In that moment, Bastiman’s political power evaporates. Backhouse takes the group with him – against the Leader. A show of strength delivered with public humiliation. A most successful political assassination.

The substantive motion put forward by the Greens’ survives. The rebel Conservatives confirm their defiance by supporting it, forcing the Bastiman loyalists to fall in line with the new political reality. The motion passes almost unanimously.

Cllr Mallory is left floundering, not knowing what to do. Bizarrely, she votes for the motion she just tried to kill.

The only one not having the political nous to accept the defeat and vote against the motion is Councillor Heather Philips, ironically the supposed mastermind of the local Conservatives election strategy.

Come May, her residents will be asking why she voted against environmental protection. It won’t matter though, her political career and that of all of Bastiman’s inept  place-men is now effectively over.

Backhouse has successfully tested the water. He has taken the Group vote from the Leader in a very public show of strength. Make no mistake, this was a proxy Leadership contest. The old guard were soundly vanquished and it’s only a matter of time before the coup de grâce.

The climate has indeed changed.

Bastiman may still have the title of Leader of the Council, but holds it only so long as Backhouse allows him to do so.  If you can’t lead your own Group and are so inept as to lose their confidence over an inconsequential Opposition motion, then you lead nothing.

A spent force, destined for the obscurity for which he is so ably qualified.