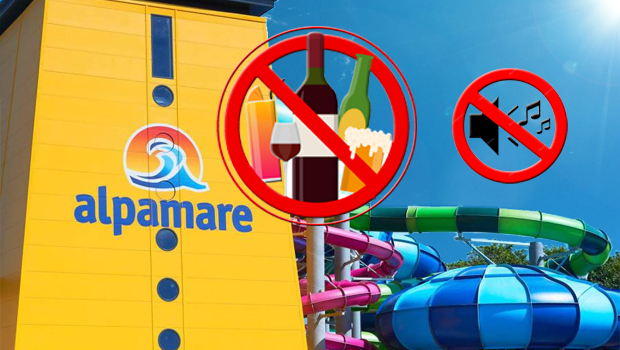 Tomorrow, Monday April 1st is the final day you can comment on the new Alpamare alcohol license application. You can make your representations using the forms at the top of the page.

The Alpamare waterpark opened in July 2016. After only two and a half years of trading the attraction had run into serious financial difficulties. The Enquirer broke the story after British Gas issued a winding up petition.

With debts totalling nearly £3.4million, including £107,000 owed to Scarborough Borough Council in unpaid rates, a CVA was agreed which, according to the 2003 Licensing Act, rescinded Alpamare’s alcohol license.

Having wrote off £107,000 in business rates, the St Nicholas Street based Bad Investment Factory run by serial bad investor Tory Cllr Derek Bastiman, faced the prospect of being unable to secure repayment of the £9million unsecured loan the local Tories had gifted to Benchmark if the contagion spread.

So what would be worth commenting about on the application? Despite what appears to be a lot of money spent on the build, and judging by the row of portaloos outside the rear of the facility, the water park looks to be a very poor build and basic amenities appear to be an afterthought. Must be nice for the neighbours… 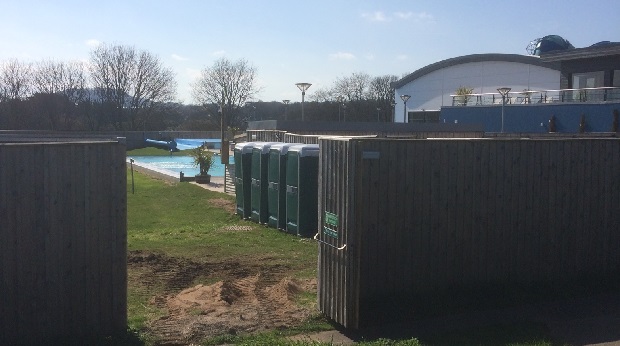 If the offence has been committed by any other licensee in the Borough, the licensee would be answerable in court so fast that their feet wouldn’t touch the floor. But not in the case of Alpamare or Benchmark it appears.

With any council that takes its statutory duties seriously, any transgression of the the 2003 Licensing Act would normally be met with legal action. But in the case of Scarborough Borough Council, Alpamare UK Ltd and Benchmark Leisure Ltd it appears the council is blatantly ignoring its statutory duty.

If there has been political interference, couldn’t those that interfered be prosecuted for Perverting the Course of Justice and shouldn’t North Yorkshire Police be investigating?