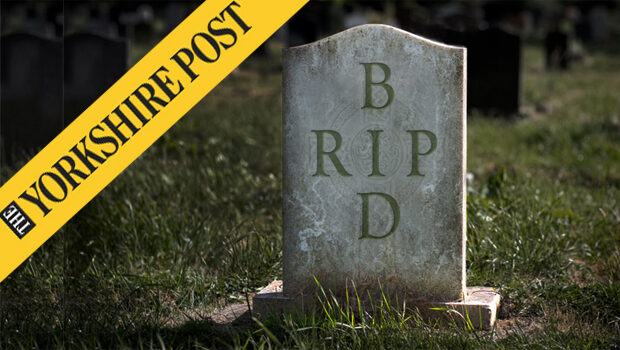 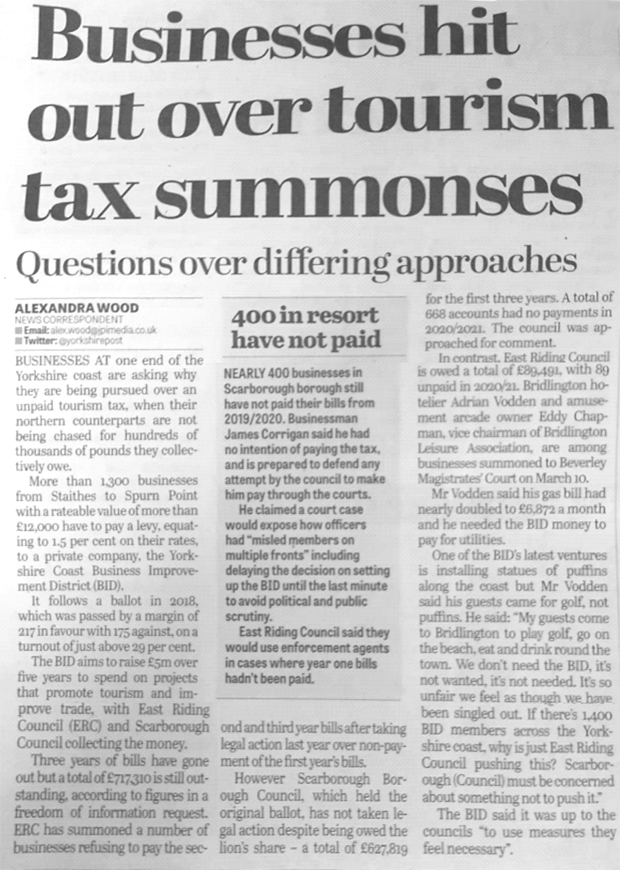 Regular readers of the North Yorks Enquirer have long been aware of the background to the interminable saga of Yorkshire Coast BID Ltd and the questionable basis on which that company was established. To this extent, Alex WOOD’s story adds little new information – except in one vitally significant respect.

The inset supplementary column entitled “400 in resort have not paid” throws a proverbial spanner into the works on a grand scale. 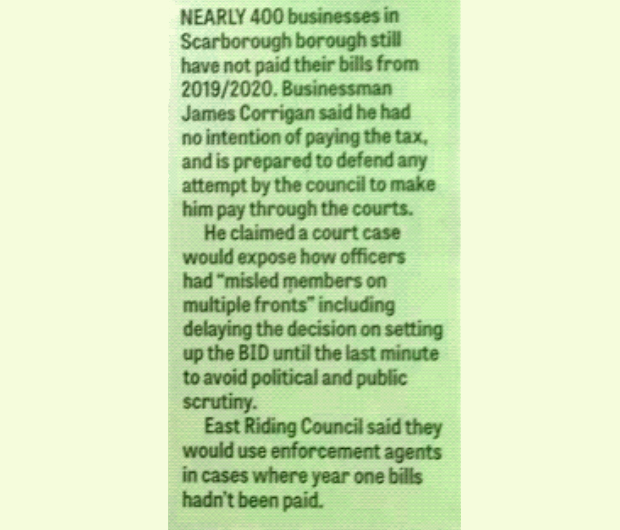 Readers’ attention is drawn to one passage in particular:

I have a contribution to make.

Having been present at a meeting held in Whitby on 18th July 2019 attended by three serving Councillors and a former Councillor (all of whom served in the 2015-19 Council when the BID first raised its ugly head), I can confirm that I posed penetrating questions and received frank and credible responses regarding the precise circumstances in which the then Leader and had been approached by the Commercial Director in regard to the necessary casting of votes by the Council on behalf of its own ‘hereditaments’ (properties including car-parks, public toilets and a radio antenna) IN FAVOUR of the BID, within the ballot process upon which the BID’s inception and continued existence is based. These Council votes effectively determined the outcome of the ballot and, thereby, the inception of the Yorkshire Coast BID.

Considered within the context of excerpts from YCBID’s accounts (courtesy of Enquirer correspondent William PARKIN) which cast grave doubt on the financial viability of YCBID, Mr CORRIGAN’s remarks – which imply a serious procedural impropriety on the part of SBC Officers – highlight the necessity for Scarborough Borough Council to reconsider its position in relation to YCBID as a matter of pressing urgency, bearing in mind that SBC’s assets, duties and liabilities are soon to be subsumed within the remit of the new North Yorkshire (Unitary) Council.

Now is the time to grasp the nettle.

Clearly, both the present Leader, Councillor Steve SIDDONS [Lab.] (again) and Head of Paid Service & CEO, Mr Mike GREENE (again), need to be aware – and to make all members aware – that I have written to Mr CORRIGAN in the following terms:

With reference to Alex WOOD’s article in the Yorkshire Post of Sat. 12th Feb. ’22, I write to offer my services.

I hold significant information, direct from the mouths of those best-placed to testify, on the inference to be drawn from the remarks attributed to you in the YP article.

I would welcome any approach from you or your legal team and confirm my willingness to testify, should the opportunity arise.

Equally, I would welcome any information that you may see fit to share with me. Thank you.

It is now up to elected members to instruct Officers to commission an external investigation into exactly how that ballot was conducted.

It would appear that Mr Peter STANYON’s earlier Report was probably incomplete, relying (as it did) on the honesty, openness and transparency of SBC’s Officers of Paid Service. 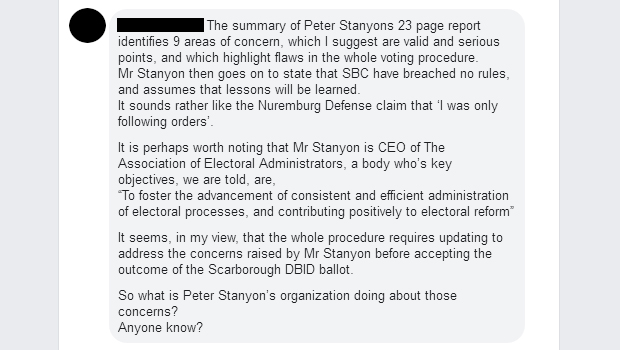