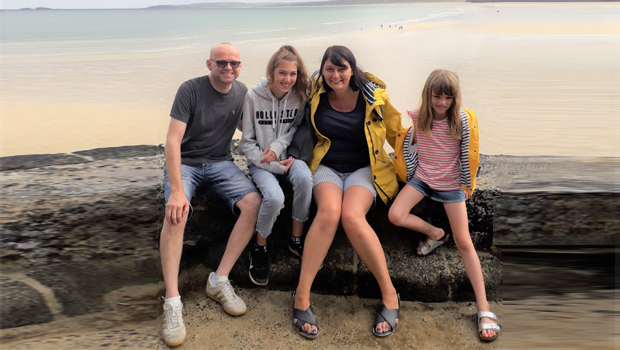 63 people in Yorkshire and the Humber have received a kidney transplant from a stranger in the last five years (1) – thanks to someone they didn’t know donating altruistically while they are still alive.

The figures come to mark World Kidney Day (14 March) with a call for more people in Yorkshire and the Humber to consider making a life-transforming donation.

NHS Blood and Transplant is celebrating the week of World Kidney Day by performing the 1000th transplant under the UK Living Kidney Sharing Scheme (UKLKSS). (2)

The scheme started in April 2007 because many ‘difficult to match’ patients had friends and family who wanted to donate a kidney but weren’t a compatible match by blood group or tissue (HLA) type.

If the patient enters the sharing scheme with their friend or family member, the pair may be matched with another couple in the scheme so that each recipient receives a kidney from the other’s friend or family member. This kidney exchange programme increases the number of people who can receive transplants from living kidney donors and the opportunities for patients who wait a long time for a transplant.

The UKLKSS can match pairs in either two or three-way swaps or in ‘chains’ of up to 3 transplants, triggered by a non-directed altruistic kidney donor (NDAD). This is where someone volunteers to donate a kidney to someone they don’t know

Those who donate a kidney anonymously while they are alive, are ‘game changers’ in the fight to increase the number of kidney transplants for those on the waiting list in Yorkshire and the Humber each year.

Kath Tann, from Huddersfield, donated into the sharing scheme last year after she found she wasn’t a match for her husband who needed a transplant.

The 44-year-old said: “My husband Ian was suddenly taken ill in August 2016 with Good Pasture’s disease, an auto immune condition that attacks the Kidneys and lungs. He was admitted to hospital with his kidneys functioning at 4% and he had to start dialysis immediately.”

Whilst Ian was receiving his dialysis Kath was tested to see if she could donate to Ian, but unfortunately, she wasn’t a match.

She continued: “Thanks to the pioneering paired and pooled donation scheme I was able to be listed as a kidney donor. We were extremely fortunate to be matched in the scheme on our first run and I couldn’t wait for the transplant to proceed.”

Kath donated in early 2018 and her husband received a kidney from an anonymous donor the same day.

“I do not know where my kidney went, and Ian does not know where his kidney came from as it is all arranged anonymously.  I wasn’t nervous about going to theatre as I knew what a difference this would make to my husband, myself and children. I was hopeful that whoever received my kidney would also have their life transformed and would be dialysis free. I would strongly encourage anyone to become a live donor, it’s the best decision I could have made.”

For suitable patients, transplantation is normally a better treatment for end stage kidney disease compared to dialysis. A transplant from a living kidney donor is the best chance of a successful transplant.

Lisa Burnapp, NHS Blood and Transplant Lead Nurse for Kidney Donation said: “Non-directed altruistic donors really are the game changers in the kidney sharing scheme. Particularly for the difficult to transplant patients, they make the world of difference.

“Living donation has been a major success story for the UK, with 1 in 3 patients receiving a kidney transplant from a living donor. So, the more non-directed altruistic donors we have kicking off a chain means there are potentially 3 times as many transplants possible. Anyone in Yorkshire and the Humber who has ever considered donating to a stranger, could be one of those game changers who start the chain to enable more people to get the lifesaving transplant they so desperately need.”

Altruistic donations can start chains of up to three transplants through the UK’s kidney sharing schemes. In 2018, 48% of non-directed altruistic donations in the UK formed part of a chain in the scheme compared to just 30% in 2017.