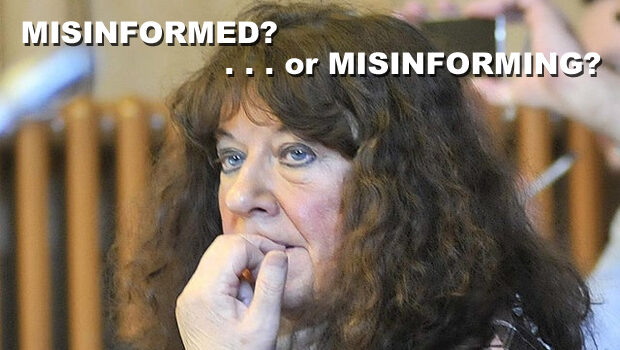 A series of emails between myself and Cllr Janet Jefferson prompt this re-examination of a series of Planning Applications to extend the Balcony for the Lookout Café on Scarborough’s West Pier.

Notably, that Application displayed just one letter of support – from the SBC Harbour Department – which stated:

The Application was displayed on the SBC website, marked as ‘Validated’, together with a statutory public planning notice being displayed (using the term loosely) on the West Pier. 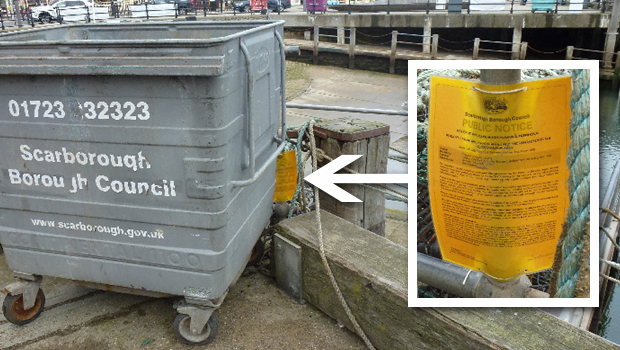 That Application was subsequently, and sensibly, withdrawn by the Applicant following justifiable criticism from within the fishing industry that the location of the supporting columns presented an unsafe obstruction for the operation of the landing davits. More on that, here:

Subsequently, a second Application was displayed on the SBC website, marked as ‘Validated’, on 8th Dec 2020, with a determination date of 2nd January 2020. 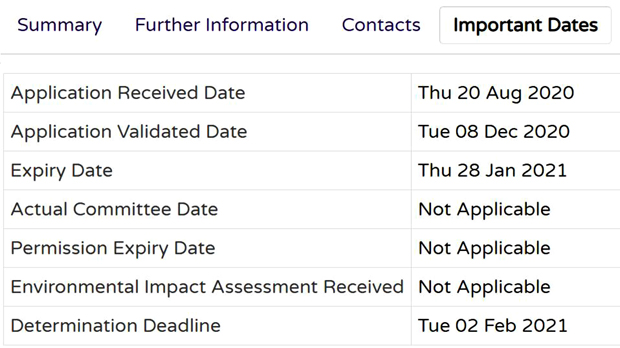 The supporting information of this Application contained the following statement. (I draw readers’ attention to the words highlighted in red bold):

“At a meeting between the harbour master, planning officer, applicant, steelwork contractor and architect it was agreed to restrict the extension to the width of the existing balcony and to extend out to a total length of 3m with two vertical posts 1m away from the cafe wall as support to the further 2m cantilever.”

My attention was then drawn to this sentence, taken from the content of a notice of objection (one of 4) by the representative who has been engaged to collectively represent the interests of over 30 commercial fishing businesses based in Scarborough, who form the majority of the local fishing fleet, merchants and harbour tenants.

“Given our previous objection and offer to work with the applicant to reach a mutually acceptable design, we must highlight our disappointment that no contact has been sought.”

As the signs of a done deal began to emerge, I emailed Cllr Janet Jefferson, Cabinet Portfolio Holder with Responsibility for Harbours for clarification:

As I am sure you will be aware, there is currently a fresh application to extend the balcony, currently leased to the cafe on West Pier.

The general consensus at the harbour is that there will be a detrimental impact on the fishing industry.

The previous application, which was subsequently withdrawn, had the support of the Harbour Authority.

Will you tell me please, as portfolio holder for harbours, does the Harbour Authority also support the current application?

Unfortunately, Councillor Jefferson chose not to respond, but instead chose to discuss the contents of my email with a third party.

I took the view that she may be in breach of GPDR, so I emailed her again to alert her to that possibility.

I refer to my previous email to yourself, dated 24th Jan 2021, in your capacity as an elected member, that asked one simple question, and which could have been answered by a simple yes or no.

You chose not to provide a response to that query, but instead, during a telephone conversation between yourself and REDACTED, I understand you informed him that you had received an email from myself and that you did not have my telephone number, presumably with a view to providing a response.

I understand that REDACTED offered you my phone number, which I further understand you declined, which is by the by, as you were in possession of my email address.

Although I feel disappointed that you apparently felt that my query was not worthy of the courtesy of a response, or even an acknowledgement, that is not why I am writing to you again.

I am concerned that you have not handled my personal information properly.

My email was addressed to yourself, in your capacity as the Portfolio Holder for Harbours, and directly related to a harbour issue. I did not expect, or authorise, you to discuss or disclose the content of that email with a third party, REDACTED. By doing so, I understand that you are in breach of the Data Protection Act and/or the GDPR.

I understand that before reporting my concern to the Information Commissioner’s Office (ICO), I should give you the chance to deal with it.

If, having received your response, I would still like to report my concern to the ICO, I will give them a copy of it to consider along with my original email and a witness statement from REDACTED.

Cllr Jefferson promptly replied, completely ignoring the GDPR issue, but instead attempting to address my query, made 3 weeks earlier, in a rambling and, in parts, erroneous manner, the salient points of which are reproduced below..

THERE IS AT PRESENT NO CURRENT VALID  PLANNING APPLICATION for the Lookout Cafe on Scarborough Harbour – Having followed up with Planning on 27th January 2021 when advised no planning application was valid at that time pertaining to the Lookout Cafe on West Pier – I followed up again 16th February 2021. whereupon I was advised  that both planning and listed building applications had been received but unfortunately neither of them were not valid upon receipt and as such they are not in the public domain at the moment.   The Agent for the applicant (Lookout Cafe) was advised by letter on 10th February as to what was required to make the application valid – but to date nothing received –  Conclusion as of today 17th February there is no Official Planning Application with regard to the Lookout Cafe on West Pier.

A Planning Application was made in August 2020 and was displayed in the public domain, via the SBC website.

That Application was marked as ‘Validated’ on 3rd September 2020.

Notices of support, from the Harbour Dept, and of objection, were also accepted and displayed.

Statutory Notices were displayed, somewhat covertly, on the West Pier (see photo, above).

That Application was withdrawn, and the notices of support and objection deleted.

SBC Planning Dept, according to Cllr Jefferson, now states that the application “was never valid”.

A second Application was made in December 2020, and displayed on the SBC website, (and at the time of writing, 21st Feb 2021, it is still available for viewing).

That Application was marked as ‘Validated’.

Notices of objections are also displayed.

SBC Planning Dept, according to Cllr Jefferson, now state that that Application too “was never valid”.

It seems a sorry state of affairs that the SBC Planning Dept can be so apparently inept that it will display Planning Applications on its own website, mark them ‘Validated’, and invite, receive and publish public participation and comments, not once, but twice, and then declare both of those Planning Applications as “never being valid”!

No doubt it will, and no doubt it already has been.

The fact is, the Scarborough Harbour Executive meets in secret, has not published any of its activities or meetings, or discussed plans for the harbour with the harbour users or stakeholders since 2019, shortly after Cllr Jefferson was appointed to the role of Cabinet of Portfolio Holderwith responsibility for Harbours.

Is SBC Planning Dept up to the job?

Is this whole issue a charade, played out to disguise a done deal?

Why the secrecy by Scarborough Harbour Executive?