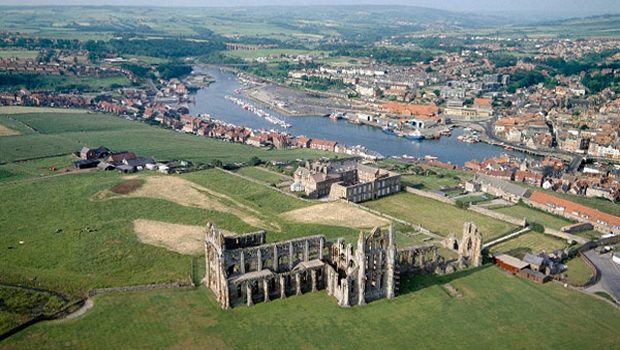 Much has been made of the decision by Whitby Town (Parish) Council (WTC) to take over the public conveniences in Whitby from Scarborough Borough Council. Without revisiting public reaction in detail, suffice it to say that many commentators took the view that WTC could not organise any kind of event anywhere near a brewery, least of all anything to do with urinals.

Indeed, the title of this article was purloined – “What Could Go Wrong?” is the phrase that, with considerable irony, was bandied around the town and the social media sites.

Well, sure enough, something has gone wrong, and at the worst possible time.

On Monday 14th August 2017, in the late afternoon, I spotted a man-hole cover in the north east corner of the lower horse field behind Aelfleda Terrace in Whitby that had clearly been forced upwards due to pressure of ‘water’, spilling all manner of toilet effluent (mostly used toilet tissue, resembling  a kind of gruesome papier maché) in all directions. 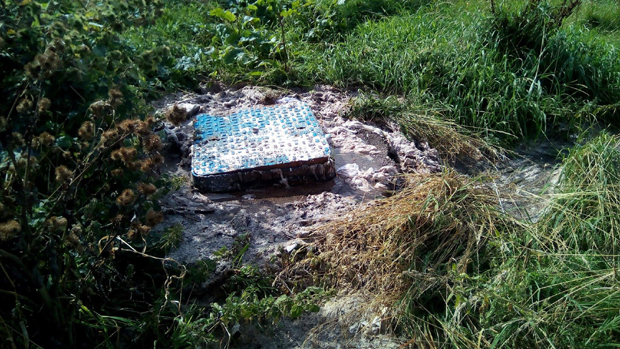 Fortunately, the horses are presently in the upper field, adjacent to the Whitby Abbey Car Park – the largest and main visitor car park on Whitby’s historic east side.

In the following illustration, we see the footpath which is the main pedestrian egress from the Whitby Abbey car park – and the most direct pedestrian access to the old town, with the upper horse field on the left side. 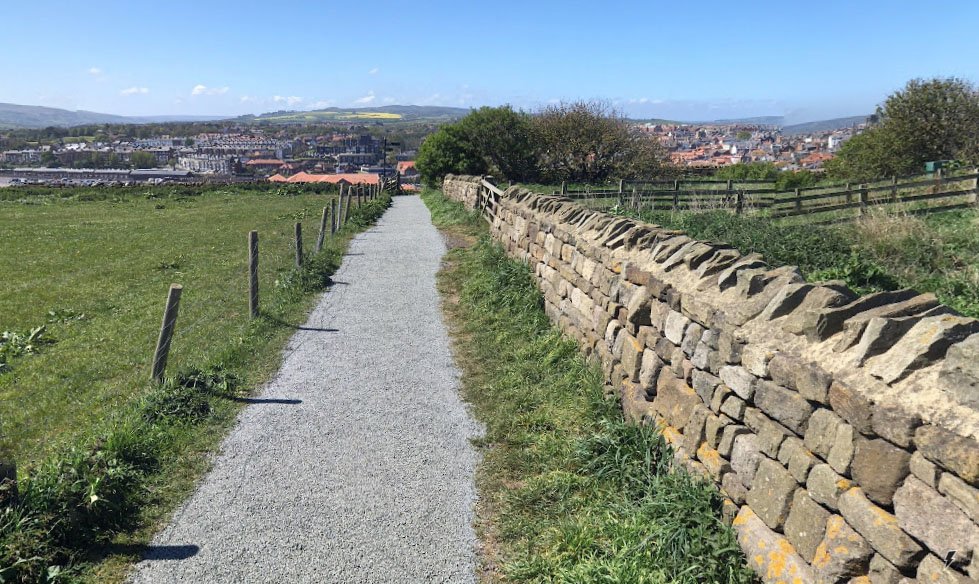 Where the path drops from view is the boundary between the upper and lower horse fields.

We have Whitby Regatta coming up this coming weekend. Over Regatta, the upper horse field is annexed for use as an overspill area expanding the capacity of the car park proper. Throughout Regatta weekend, the horses are relocated to the lower horse field – where the sewage leak has contaminated the pasture.

Naturally, I reported the issue to Yorkshire Water, who, I have to say, were very prompt in following up my report by calling me for further details.

I spent some time assisting the Yorkshire Water caseworker in finding, on a proprietary on-screen map, the precise location of the leak. “X” marks the spot. I also alerted the caseworker to the possible complications arising out of the varying responsibilites in the area of the site of some of Yorkshire Water’s partner organisations – Scarborough Borough Council, English Heritage, the Strickland Estate and Whitby Town Council.

As can be seen, the main pedestrian access to the town centre and historic Church Street passes within three or four metres of the leak. Which stinks to high heaven and may well constitute a public health risk. The welfare of the horses is also very much a part of the equation.

Unfortunately, I must now conclude this report with a less than satisfactory sequel.

As of an hour or so ago, the effluent would not only appear to be still in place, there would appear to have been a second, much more liquid release in the same location.

Added to which, there is now a second untreated sewage leak 20-25 metres to the north of “X”, where a marker post would appear to have been driven into the ground in such a way as to pierce an underground sewage pipe, marked “Y” on the map:

In my view, it would be sound advice to visitors to Whitby Regatta this coming weekend to avoid this route into town, proceeding instead via the Hawsker Lane route to the Abbey Headland and St Mary’s Church, and thence down the celebrated 199 Steps.

In particular, please try to keep children and dogs away from both of the contaminated areas. 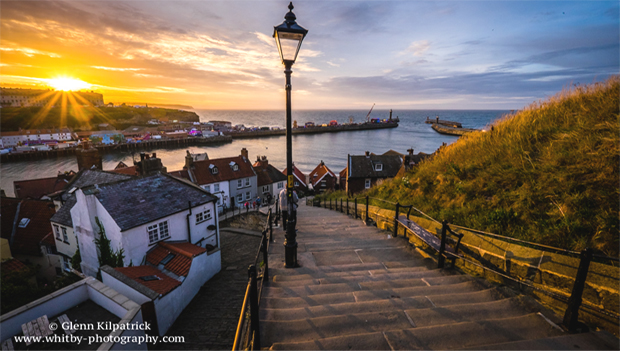 I ask you – Whitby Town Council and toilets? What could go wrong?