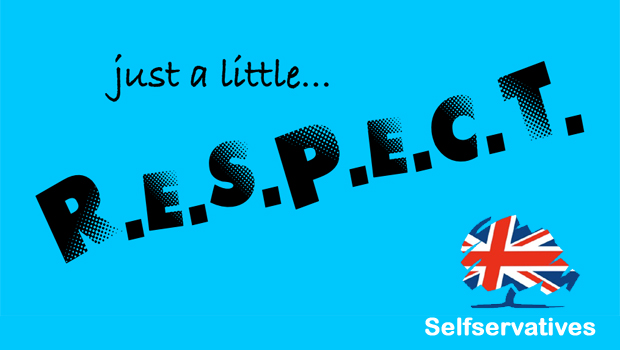 A Letter to the Editor from Connie PEACH, responding to the defensive/aggressive reaction of Councillor Phil TRUMPER [Con.] to the publication of news that a Formal Complaint against him (for failing to declare an interest) has been upheld.

I read your article regarding Cllr Trumper and the Town Council on the Corruption Busters Facebook page.

I found the rather unpleasant and defamatory comment left by Cllr Trumper quiet surprising. It seems he felt the need to place a response; interestingly, he did not deny or object to the content of the article. It appears that he merely wanted to abuse the author.

Perhaps Cllr Trumper is unaware of the case concluded last year against Nigel Ward costing the tax payer the best part of £1,000,000 in a failed effort to put his words into disrepute and out him as a liar and, in the words of Cllr Trumper, just someone “slagging people off”.

I wonder if Cllr Trumper feels that Councillors should be free to do as they please without public scrutiny? It is the public he so diligently serves. It is the public’s money he is spending. I also find it alarming that in that comment he so rudely discount members of the public that do not necessarily live in the area but love Whitby; some visit regularly.

I do believe Cllr Trumper fought hard to stop the closure of the tourist information centre, saying tourism was desperately needed – the town’s life blood.

As Town Councillor, you are not merely serving the residents but also those who visit the town. You do not get paid for your work, but it is not a charitable act you perform. Cllr Trumper you are a servant to the public, you are there to be their voice, not your own.

Cllr Trumper may or may not care about the town, but surely that is irrelevant if not accompanied by competence and conscience. Him responding to the article in this way makes me question those qualities.

The North Yorks Enquirer has exposed many breaches in the system, and the number of articles published has exploded in the last few years. If these contained lies, mis-truths and just “sitting behind a computer slagging people off” then I wonder why have not more legal challenges been taken against him and the other journalists that contribute to the North Yorks Enquirer?

Cllr Trumper’s comment suggests those that do not support the Council do not care and/or do not contribute to the town is ignorant and insulting. Many support local events, causes, charities, etc, but do not feel the need to boast about their contributions. I wonder about the motives of individuals that do.

I highly recommend that Cllr Trumper and all other WTC members attend Filey Town Council. It may not be a perfect Town Council but could certainly teach Whitby Town Council a lot. I have had the pleasure in attending a Filey Town Council meeting and was impressed. The public were well informed, it was easy to follow and you knew what was being discussed. You could hear what was being said. The Clerk, when questioned about something they didn’t know, looked up the information and was able to guide the Council on best practice.

When decisions were made, although one may not have agreed with the result, you could respect the decision as it was reached following clear debate (not speaking over one another). It certainly made a pleasant change to the Town and Parish Councils local to Whitby.

When watching Whitby Town Council, I sometimes think I’m watching a clip from the 2004 teen movie “Mean Girls”. Calling someone a knob, storming out of meetings, shouting over another, spreading upsetting and abusive Tweets – will it come to an end?

Is this acceptable of a Town Council spending nearly a £¼ million of tax payers’ money?

Do they not understand that if they did things right in the first place or, better yet, admit when wrong and change their ways and do things right, then there would be no need for the NYE to expose them? 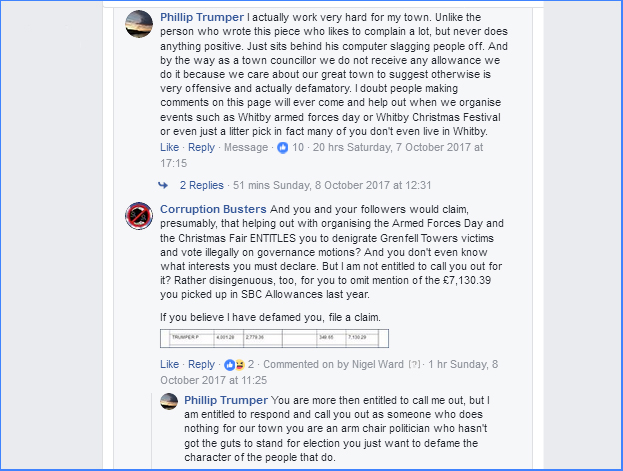