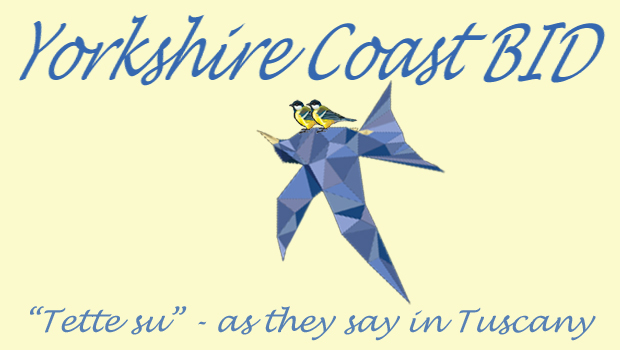 On Wednesday 26th February 2020, I was able to attend East Riding Magistrates’ Court (EYMC) in Beverley in the capacity of McKenzie Friend to one of thirty-eight defendants summonsed by East Riding of Yorkshire Council (ERYC), who sought Liability Orders in respect of non-payment of levy invoices issued on behalf of Yorkshire Coast BID Ltd.

Unlike Mrs Caroline LACEY, Chief Executive of ERYC, who assured me, on 21st February 2020, “I also confirm that we do not intend to seek an adjournment of the summons for non payment of the BID levy”, the Magistrates prudently responded to our reasonable representations by adjourning the matter until 25th March 2020. Bravo! 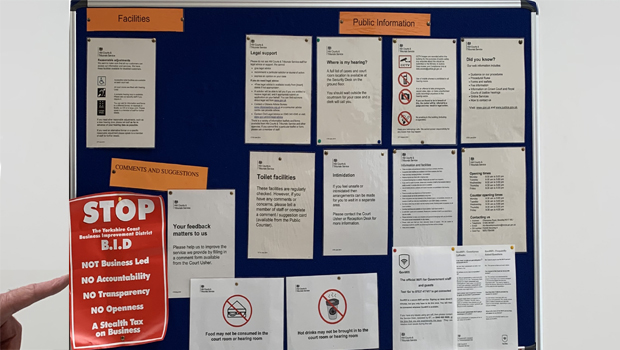 Readers will be aware that the STANYON Report into the way in which members of SBC Paid Service (i.e. Officers – not elected Councillors) conducted the ballot will be presented to the Audit Committee on 19th March 2020. Clearly, the bench considered the legal underpinning of the levy (i.e. the ballot) to be worthy of scrutiny and wished to consider the Audit Committee’s deliberations before proceeding. Bravo!

As I reported in my article “How Red Are These Hands” (21/02/20), Mr STANYON’s report has (to me, inexplicably) found its way into the hands of a member of Paid Service – i.e. Mr Nick EDWARDS, Director of Finance. This does not sit well with elected members for the obvious reason that any investigation commissioned by Full Council (through the auspices of the Audit Committee) into the conduct of the Officers who administered the ballot should under no circumstances fall into the hands of those under investigation. Yet Mr EDWARDS has seen the report and evinced the temerity to request ‘clarification’. Not only that; he has refused elected members sight of the report.

Quite properly, Mr STANYON has since confirmed that he “would certainly not allow them [SBC Officers] to require changes”. Bravo!

My thanks, incidentally, to the reader who reminded me that Mr EDWARDS and his wife are the only Directors of Edwards Estates (Scarborough) Ltd [Letting and operating of own or leased real estate (other than Housing Association real estate and conference and exhibition services) n.e.c. (68209)],  a company Registered at the EDWARDS’ former home address on Scalby Road, Scarborough, whose website is listed as www.deejaycoaches-scarborough.co.uk – a website which neither Google nor Bing can locate. Bravo! I have been unable to ascertain what Edwards Estates actually does, where it conducts its business, or why it has liabilities of £647,130.00 (as of 31st March 2019) – a mystery for which there must be a perfectly innocent explanation. Again Bravo!

Returning to the BID saga, I am grateful to ERYC Councillor Tim NORMAN [YP] (who is also a member of Bridlington Town Council) for the information which he successfully elicited from ERYC under the terms of the Freedom of Information Act 2000. Bravo!

ERYC’s accompanying response letter to Councillor NORMAN is also informative. It tells us, amongst other things, that the Agreement under the terms of which ERYC acts as collecting agent in respect of the BID levy was signed as recently as 7th February 2020. The list of actions taken by ERYC on behalf of YCBID is lengthy and the Council’s lay representative was at pains to list them in full:

This is quite astonishing. It suggests that ERYC has made repeated demands for money, with the threat of court action and (ultimately) the bailiffs – in a matter in which it held, at the time, no lawful agency or authority.

The fact that ERYC was pursuing court action without contractual authority to do so will no doubt be characterised by YCBID Chair, Mr Clive ROWE-EVANS, as nothing more serious than a mild departure from ‘good practice’ – a mere clerical inexactitude. Businesses, on the other hand, may feel that ERYC has subjected them to a form of corporate bullying.

Indeed, if any other party were to attempt unlawful extortion from East Riding residents, the Council would no doubt be keen to exercise (flex) its Duty of Care to protect its rate-payers (at least) from opportunistic criminal elements.

I have written to ERYC CEO Mrs Caroline LACEY requesting an explanation. I have also asked her to explain how a Council employee who is not a  solicitor appeared to enjoy ‘right of audience’ before the Magistrates, when other equally (un)qualified persons were denied the same privilege.

We are all equal under the law, you know – except, perhaps, for our public servants.

I was interested to note Agenda Item 3 at the YCBID Board of Directors scheduled meeting on Thursday 27th February 2020 (yesterday, the day following the EYMC adjournments), which is listed as:

The Directors will be drawing some small comfort from that fact that the STANYON Report refers to a ‘finding of fact’ investigation, merely advisory in nature, and not a binding judgement carrying full legal force. Members of the SBC Audit Committee are ones who must form their own recommendations to Full Council, whose task it will be to determine future action.

An interesting (late) addition to the Agenda for today’s meeting of Full Council is of particular interest:

Why, in a Council that manages to run late on virtually every action it undertakes, is it suddenly a matter of pressing urgency to remove Councillor Sam CROSS from the Chairship of Audit with only one more meeting before the Council year is complete? Surely not because Councillor CROSS is one of the few Councillors to have made it his priority to exercise due diligence and actually meet with business proprietors from one end of the Borough to the other and determine for himself the validity of their complaints about how the ballot was conducted? Nothing against Councillor BACKHOUSE, but surely setting him in the Chair for such a pivotal meeting places an unnecessary burden upon him, given that he comes fresh to the work in hand, and risks undermining the assiduity of the Committee. Or is that the point? One could all to easily conclude that dark forces are at work.

So we await the decision of the Audit Committee on 19th March 2020 with great interest.

Whether that decision will be to sweep all of the irregularities under the carpet (as some fear and many expect), or to evince sufficient regard for democracy as to order a re-ballot, remains to be seen. Having spoken and corresponded with many of the BID objectors, I can confirm that a re-ballot would be regarded as a fair and proper resolution.

Few, if any, have confidence in YCBID’s ability to enhance their businesses in any measurable degree. But that is not the root of their objections. Without exception, they have concluded from the available evidence which they have gathered and duly presented to Mr STANYON that the ballot was conducted with, at best, utterly unacceptable sloppiness – or, at worst, premeditated manipulation of the democratic process. In the case of the latter, one could all too easily conclude that the either the performance of certain Council Officers was abysmally incompetent – or that one (or more) of them was directly involved in some degree of malpractice.

So, quite aside from the outcome in respect of a possible re-ballot, SBC CEO Mr Mike GREENE (formerly of Redcar & Cleveland Borough Council, where the BID application was rejected) may find himself in the position of having to investigate the integrity members of his own staff. Bravo! I remain at his service.

On an unrelated matter, the Enquirer has learned that SBC Councillors are concerned to learn that the Leader, Councillor Steve SIDDONS [Lab.], is thought likely (on this occasion) to attend Full Council today, Friday 28th February 2020, despite government guidance urging all who have recently travelled back to the UK from northern Italy (whither the Leader oft withdraws to ungarble his thoughts) to self-isolate in light of the burgeoning threat from COVID-19 – the dreaded coronavirus. I would urge him to be mindful of the health of his colleagues on both sides of the Chamber.

It will be interesting to see which Councillors grasp the opportunity to be marked absent today on the professed grounds of ‘concern for public health’ (in reality, not supporting the budget, but not wishing to be seen to have challenged it). Very few have the backbone for that. Bravo, the few!