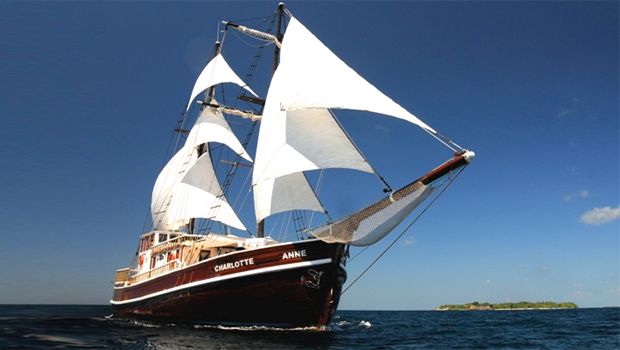 Bonfire of the Vanities

Following SBC’s decision to commission a fully independent and impartial investigation into its own role in the Ballot process conducted in partnership with Mosaic Ltd for the purpose of delivering an electoral mandate to establish Yorkshire Coast BID Ltd (the Council will ‘urge’ these latter organisations fully to participate in the investigation), I have a number of developments to report.

A Motion has been lodged for consideration at East Riding of Yorkshire Council (Full Council sits on Wednesday 20th November 2019). Proposed by Councillor Andy WALKER [Yrks.Pty.] (Bridlington South) and Seconded by Councillor Liam DEALTRY [Other] (Bridlington Central & Old Town) – who is also the incumbent Mayor at Bridlington Town Council – the Motion appears below: 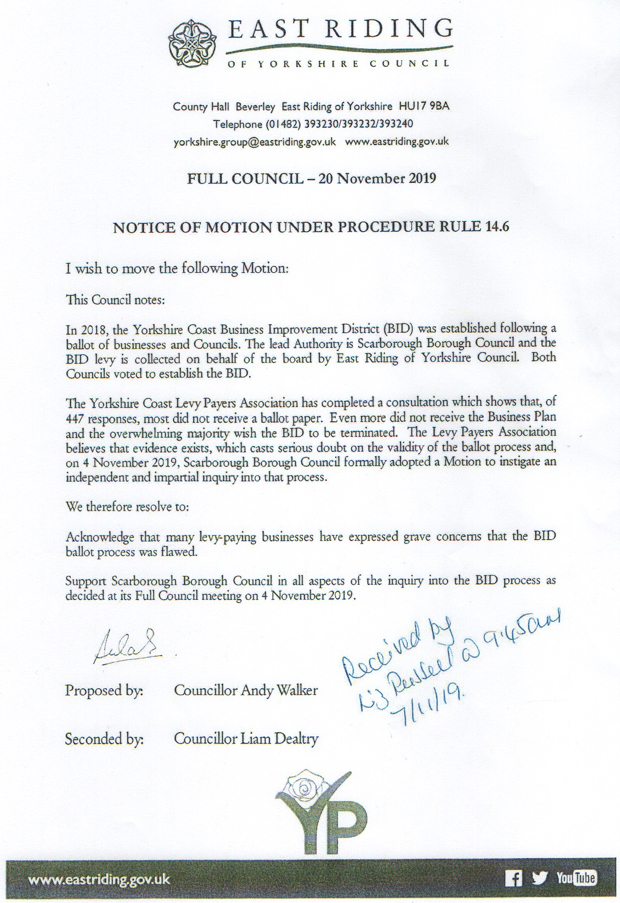 It will be interesting to see whether or not ERYC Monitoring Officer Mr Mathew BUCKLEY will seek to dilute the Motion.

Regrettably, East Riding of Yorkshire Council does not evince the necessary openness and transparency to webcast its meetings.

However, the Agenda Item presenting the above Motion is expected to appear on Youtube within a day or two of the meeting, under the terms of the August 2014 Statutory Instrument authorising members of the public to film Council meetings. It will be interesting to see whether or not Mr BUCKLEY seeks to prohibit filming. No need to point out to him that he has no say in the matter – that would be playing the qin to a cow.

Closer to home, on Tuesday 5th November 2019, Whitby Town Council passed the following Resolution, in support of businesses whose levy burden has (as was inevitable) resulted in the withdrawal of their customary support for local charitable enterprises, for example the Whitby in Bloom group:

In view of this Council rejecting Yorkshire Coast Destination BID and pending the Secretary of State re-examining the Appeal:

We Propose that Whitby Town Council suspends its acceptance of funding towards The Xmas Event from the BID company.

The debate on this Motion turned into a free-for-all with the Clerk openly arguing with members. Nevertheless, the Mtion carried. Those possessed of a strong disposition can see for themselves here, about 40:00 minutes in. It makes SBC look like a vicarage tea party.

I can also report that a further Motion may be presented to Whitby Town Council, via the auspices of the Council’s Finance & General Purposes Committee at its meeting on Wednesday 20th November 2018 (just a few hours after the ERYC Motion – see above), chaired by Councillor Phil TRUMPER (who also sits as a Conservative Councillor at Scarborough Borough Council). I am privy to a first draft of the intended Motion, which reads: 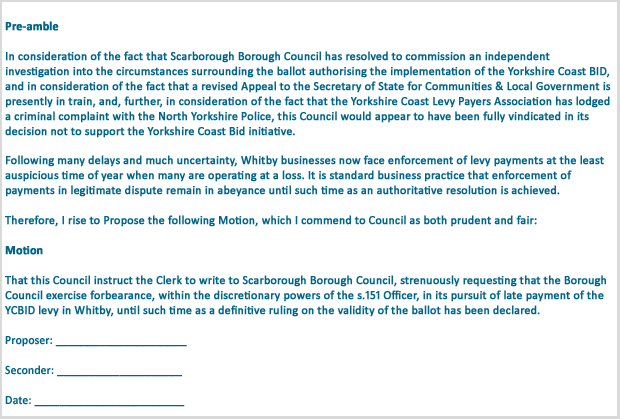 Clearly, the time has arrived when Councillors of good conscience, irrespective of party affiliation, are rising to fight the corner of the growing number of local businesses – along a forty mile stretch of coast, lest we forget – whose suspicions regarding the ballot that subsequently gave rise to their Levy Invoices (ranging from several hundred to several thousand pounds) are mounting. Many have been catalogued on the Enquirer (click here).

In fact, the time arrived one year ago to the day, on 14th November 2018, when Redcar & Cleveland Borough Council confirmed that it would play no further part in the DBID, stating:

“This decision was made because of what we found to be the low level of awareness and interest in the project among businesses and the unfairness of the ballot arrangements“.

Quite how Scarborough Borough Council and East Riding of Yorkshire Council contrived to remain unaware of these jangling alarm bells is a question which may never receive an “open and transparent” response. It seems likely that most Councillors would have continued to remain  unaware – but for the ABBOTT/CHATT Motion and the very pertinent speeches of Councillor Mike COCKERILL [CIM], Councillor Phil KERSHAW [Ind.], Councillor Andy BACKHOUSE [Con.], Councillor Subash SHARMA [Lab.] and Councillor Michelle DONOHUE-MONCRIEFF [Ind.] – i.e. Councillors representing all four main Groups – who had researched the matter for themselves and spoken directly with business proprietors. (See Full Council DBID debate here). Perhaps the penny is beginning to drop?

There has, meanwhile, been a reaction statement from YCBID Ltd, published on their website at the end of last week:

Despite it being “Time for Transparency”, it remains unclear how YCBID Ltd can possibly assert that the ballot process (managed by Mosaic) “was run in full compliance” while at the same time claiming that YCBID Ltd had “no involvement”. How could they possibly know whether or not Mosaic’s part of the process “was run in full compliance”? Did Mosaic supremo Mr Mo ASWAT tell them so? I would love to see that email. [Note to Ed.: If you prefer; “Who writes this crap?”].

On the bright side, an opportunity has arisen to put YCBID’s “commitment to transparency” to the test.

Several levy payers have approached the Enquirer expressing concern regarding the experience, competency and integrity of the Chair of Yorkshire Coast BID Ltd, Mr Clive ROWE-EVANS. There is uncertainty about how, and by whom, Mr ROWE-EVANS came to be appointed to his position at the head of the company’s Board of Directors in the first place. His first co-Director, Mr John SENIOR, was swift to resign.

Fortunately, with regard to Mr ROWE-EVANS’ business acumen and general competence, there is a certain amount of open source material readily available.

On 8th November 2019, I emailed Mr ROWE-EVANS asking him to authenticate his assertion that he attended the Universtity [sic – his mis-spelling] of Surrey from 1961 to 1965, where he claims to have obtained an MA in Hotel Management.

The University of Surrey came into being when it was granted the Royal Charter in 1966. It would appear that Mr ROWE-EVANS actually attended Battersea College of Advanced Technology. This would suggest that Mr ROWE-EVANS is more likely to hold a Higher National Diploma. Without belittling this towering achievement, one may reasonably question the need for gilding the lily. Or could it simply be that Mr Clive ROWE-EVANS is insufferably vain? A Gary VANITY in the making?

At top/left of Mr ROWE-EVANS’ LinkedIn page, we see that he has asserted that he is a Director of Great Potential. I found Great Potential Ltd [Reg.No. 04771511] listed at Companies House. Only three Directors (two of whom share the same name) are currently listed. Mr ROWE-EVANS is not one of them – which, as it turns out, may be indirectly to his credit. Despite a very snazzy web presence, Great Potential (with whom Mr ROWE-EVANS seems to have some sort of relationship – his penmanship, or “gift of the gab”, on their behalf can be reviewed on their website here) has not fulfilled whatever potential it claimed to have had. The last ten available years of trading figures have shown a string of deficits:

Returns dated 31st July 2017 indicate that the company had net liabilities, remaining solvent in sole virtue of Directors’ loans amounting to £18,977. Now that is what I call “Great Potential”!

Unsurprisingly, levy payers are concerned about Mr ROWE-EVANS’ business competency. Is he a ‘safe pair of hands’ when it comes to administering five million pounds of their hard-earned? Did the Local Councils perform the standard enquiries? Due diligence? Did the Councils even examine the public record? I think we should be told.

Aside from his position as Chair of the YCBID Ltd Board of Directors, Companies House tells us the Mr ROWE-EVANS has served as a Director on at least eleven other companies: 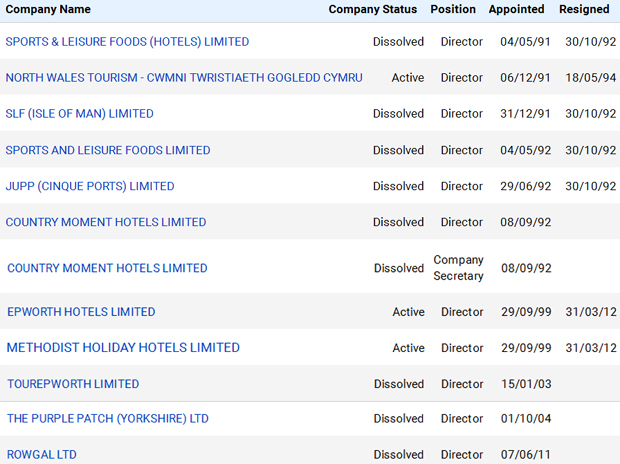 Of the three companies still listed as ‘Active’ as of Friday 8th November 2019 (the rest are listed as ‘Dissolved’), Mr ROWE-EVANS apparently resigned his Directorships some years ago. Did he jump or was he pushed?

All in all, this open source public record data does not present the auspicious appearance of a dynamic and successful Director, nor does it augur well for the prospects of YCBID Ltd obtaining value for levy-payers’ money. Quite the reverse.

One of Mr ROWE-EVANS’ more recent resignations was from Methodist Holiday Hotels Ltd (still ‘Active’), where he was listed as ‘Managing Director’.

On 8th December 2017, Methodist Holiday Hotels Ltd (trading as Raven Hall Hotel) appeared at #63 on a *hit-parade list of 260 firms nationwide exposed by the Daily Mirror for short-paying staff in relation to the minimum wage (to the tune of £2,754.57). Business Minister Margot JAMES was quoted as stating: “There is no excuse for not paying staff the wages they’re entitled to”. Who are we to disagree, Clive?

My email to Mr ROWE-EVANS has gone unanswered and unacknowledged. However, my tracker shows that my email has been opened no less than eight times by Mr ROWE-EVANS (and shared without my consent, by the way, with five other recipients – a great ‘potential’ breach of my personal data). Could that be an indication of consternation?

YCBID Ltd has convened a meeting of the Board of Directors for tomorrow, Friday 15th November 2019. 12 noon until 3:00pm. Agenda here.

No doubt Mr ROWE-EVANS’ “commitment to transparency” will provide all the answers . . .

If not, I shall consider myself at liberty to downgrade my opinion.