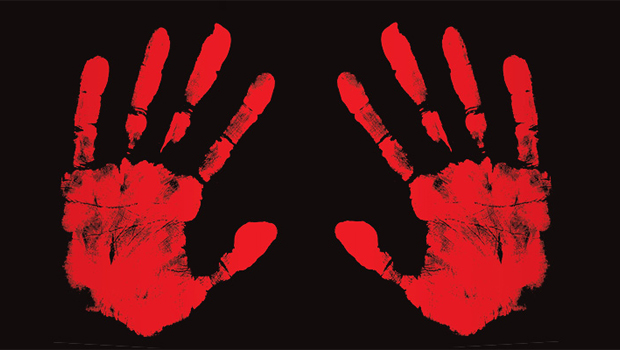 Readers who have followed the ongoing saga of the Yorkshire Coast BID (the 1.5% levy on businesses in the tourism sector whose rateable value exceeds a threshold of £12K per annum) may have seen/heard the report on Yorkshire Coast Radio confirming Scarborough Borough Council’s receipt (over a week ago on Thursday 13th February 2020) of the STANYON Report – the conclusions of Mr Peter STANYON (CEO of the Association of Electoral Administrators) regarding the way in which SBC conducted the ballot process.

Naturally, elected members of SBC have been pressing Officers for sight of the Report, but s.151 Finance Director Nick EDWARDS has steadfastly refused to provide the document.

Obviously, this is matter of great concern. It should be remembered that the Full Council resolved that an independent, impartial investigation must be commissioned to penetrate the truth of whether or not the ballot held to legitimise the levy was conducted properly and in compliance with the legislation. It follows that the real subjects of the investigation were, in fact, Council Officers – not elected members (who played no part in the ballot process).

I do not need to labour the point that a flagrant conflict of interest arises when an Officer seeks to prevent disclosure of a Report into Officers’ conduct.

And yet I can now confirm and demonstrate that Mr EDWARDS has asserted, by email on the morning of Thursday 20th February 2020, that:

“As we discussed yesterday, the Council has received the report from Peter Stanyon. I require some points of clarification, before being able to discuss the report with my Chief Executive about how best to report the findings to the Audit Committee and other interested parties.”

Allow me to bullet-point the key elements, as I see them:

Unfortunately for Mr EDWARDS, I can also confirm that Mr Peter STANYON, in response to a request for some indication as to when Mr EDWARDS might be expected to receive his ‘clarification’, has confirmed thatMr EDWARDS’ requested ‘clarification’ has already been provided – on Wednesday 19th February 2020 – the day before Mr EDWARDS’ email quoted above:

“I spoke to Nick yesterday and I understand SBC are progressing following clarification I gave.

So, joining the dots for those who may not have grasped the significance of these messages (i.e. most Councillors), we appear now to have clear evidence from Mr STANYON that he had already provided the very ‘clarification’, on Wednesday, that Mr EDWARDS claimed, on Thursday, to still be awaiting. That, at least, is my interpretation . . .

At this point, I would suggest that a straw poll asking readers whose pants are on fire would be likely to elicit only one nomination . . . 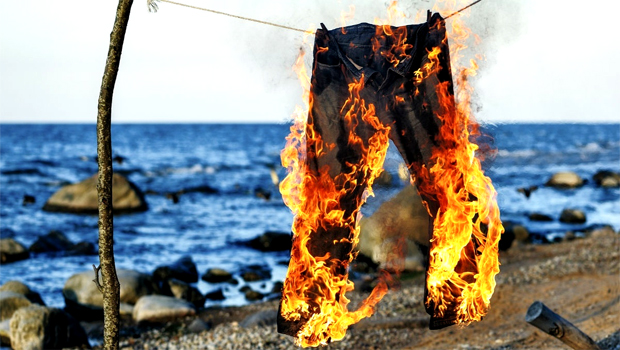 It would appear that SBC Leader Councillor Steve “Openness &Transparency” SIDDONS [Lab.] was right all along – there are indeed dark forces at work in the Council. As usual, though, Councillor SIDDONS has been looking in the wrong direction.

As to “how best to report the findings” to elected members; why should they settle for anything less than sight of the full unredacted document, together with Mr STANYON’s ‘clarifications’?

1) All Councillors must now insist upon open publication of the Report into the public domain.

2) Further, Mr EDWARDS must be suspended from duty until such time as a diligent and impartial “without fear or favour” investigation has been conducted into the disconcerting appearance that he has wittingly misled Councillors.

Over to you, Mr Mike GREENE – the first real test of your integrity.

In related news, Redcar & Cleveland Borough Council (RCBC) – Mr GREENE’s previous employer – suffered a cyber attack on Saturday 8th February 2020. Most of the Council’s digital services were rendered inoperable. Although details of the attack have not been released, it is suspected that it may have been effected via ‘Phishing Emails’. These are emails written in such a way to mislead the recipient(s) into clicking malicious links.

It would appear that a similar intrusion has since taken place at Scarborough Borough Council. Councillors have been advised:

We have several layers of ‘cyber defense’ built into our systems, including email. However, no system is 100% secure. By being vigilant about emails that we receive, and websites we browse, we as individuals can help protect ourselves. If you receive an email and are unsure about its legitimacy, please feel free to discuss it with us. We will soon be sending out further guidance and training regarding cyber security measures like detecting phishing emails. Many thanks,

This is of concern not only to residents of Scarborough Borough (including BID levy-payers) Redcar & Cleveland and residents (who must be increasingly grateful that their Council prudently rejected participation in the Yorkshire Coast BID), but also to BID levy-payers in the East Riding of Yorkshire whose data may also have been compromised.

That this should arise consynchronously with the arrival of the STANYON Report may signal more than coincidence.

I have, therefore, written to Mrs Caroline LACEY (CEO of East Riding of Yorkshire Council) alerting her to the situation.

I write to place the following on the record.

You will be aware (and, if you are not, I would like you to confirm as much to me, in writing) that there has been a significant data breach at both Redcar & Cleveland Borough Council (RCBC) and at Scarborough Borough Council (SBC).

Concerns have been raised that, insofar as there exists a degree of ‘data overlap’ between Councils, specifically between ERYC and SBC in relation to the Yorkshire Coast BID, personal data belonging to East Rding residents may also have been compromised.

You will be aware that it is a statutory requirement for Data Controllers to ‘notify’ the Information Commissioner’s Office in the event that an awareness arises of even a ‘potential’ data breach having occured.

Would you please comfirm for me, in writing, that ERYC will (if it has not already done so) immediately ‘notify’ the ICO in respect of the present circumstances? Thank you.

You may also be aware that the STANYON Report (the independent investigation into the way in which Scarborough Borough Council – the body corporate; i.e. the Officers who administered the ballot under Returning Officer Jim DILLON [ret’d]) has been in the hands of the SBC s.151 Officer since Thursday 13th February 2020 and is being withheld from elected members pending ‘clarification’. Clearly, a conflict of interests arises, since the subjects of investigation surely lack the authority to withhold from elected members any conclusions reached by Mr STANYON regarding their own conduct.

Naturally, ERYC Officers will wish to distance themselves from any wrongdoing. I would therefore request that you provide me with a full and unredacted copy of the STANYON Report, by return, please. Thank you.

Finally, it may be fitting to seek a general adjournment in respect of the 75 extant ‘Summonses’.