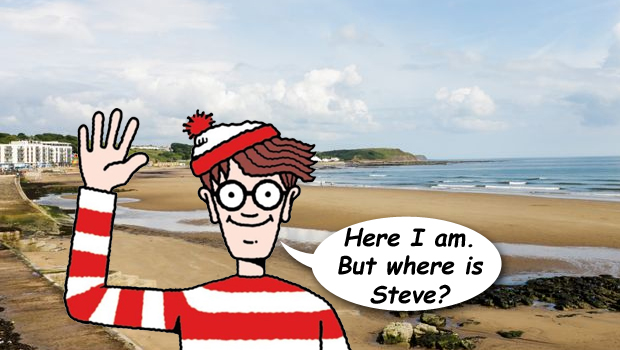 In private correspondence via email and social media, many readers have asked a question which finally emerged in public (in the Comments section of the YCR website) on 23rd April 2020, one month after the start of the great COVID-19 lockdown:

The Leader, Councillor Steve SIDDONS [Lab.], it will be remembered, was last seen in action at the Full Council Meeting of 28th February 2020, two months ago, when he was taken ill following an ill-tempered exchange with Councillor Bill CHATT [C.I.M.] who had evinced the foresight to wear a protective face-mask, following reports that the Leader had recently returned from his holiday retreat in Tuscany, a COVID-19 ‘hotspot’. (Councillor Liz COLLING [Lab.Co-Op.] subsequently clarified that it was Spain – or perhaps Portugal – whence the Leader had returned, though, in the light of subsequent events, the distinction is perhaps now merely academic).

During the Leader’s absence, Councillor COLLING (who the Leader has designated his ‘deputy’) has been, in some degree, acting on his behalf. I have used the word ‘deputy’ with a lower-case initial letter because, unlike the Deputy Mayor, who is elected by Full Council, there is no such position as a democratically elected ‘Deputy’ Leader. Councillor COLLING is simply a member of Cabinet, with no greater authority (or responsibility) than any other Portfolio Holder.

The Leader’s (I am told) sole communication with elected members since he was taken ill (see below) also uses the word ‘deputy’ without capitalising the initial letter, which suggests that he, too, is aware that there is no real Deputy Leader of the Council.

First of all, thank you, for the many good wishes and cards I have received over the last two weeks following my early exit from the Council meeting on February 28th. I am very grateful. I am afraid that I suffered a recurrence of a pre-existing condition that first caused me to need hospital treatment almost two years ago. Again, this latest incident necessitated me to be hospitalised for a week and I have been told by my doctors that I need to rest for a period of time to recover. During my absence, I am very grateful to Liz Colling, my deputy, for dealing with important and necessary issues and acting on my behalf. I am also grateful to the rest of Cabinet for their support during this time and to Mike Greene and all the staff for dealing with day to day issues. Can I also add my particular thanks to staff who are now working in very uncertain times. The next few weeks and months will bring challenges that none of us could have anticipated a few short weeks ago. Stay safe everyone.

That was on 18th March 2020. Since then, weekly Group Leader briefings have been held (via Zoom, to observe ‘social distancing’) chaired by Chief Exec Mike GREENE, from which the Leader has been conspicuous by his absence.

The people of the Borough have been left to wonder whether the Leader may be mortally ill, whether ‘with’ (or ‘of’, or ‘from’) COVID-19, or some other life-threatening illness,disease or other health issue.

People are asking, “Why the big secret?”. After all, there has been detailed news coverage of Prime Minister Boris JOHNSON [Con.] and his brush with death at 10 Downing Street , at St. Thomas’s Hospital and now at Chequers (which some wags are describing as his ‘second home’), but Steve remains as elusive as Wally. At least we know that the PM will be back at his desk on Monday.

It is with considerable relief that I can now report that the Leader is alive and well – well enough, at least, to have enjoyed, on the morning of Thursday 23rd April 2014, a (non) essential journey over to the chalets on the North Side, from his home at 130 Filey Road, Scarborough, YO11 3AA, on the South Side – an address which our ‘Openness and Transparency’ Leader has chosen to conceal from public view by listing his address, on the SBC website, as: Town Hall, St Nicholas St., Scarborough, North Yorks, YO11 2HG. (No hawkers, no circulars?).

Nevertheless, it would appear to be the case that the Leader has made only one public utterance since his shocking departure from the ‘no-webcast-available’ meeting of Full Council in the Council Chamber on 28th February (when he complained of feeling ‘light-headed’) – a COVID-19 message from the Leader (published on the Yorkshire Coast Radio website) that bears all the syntactical idiosyncrasies of another hand:

“Our priority is making sure we are at the heart of supporting businesses in our communities during this challenging time. We will also have an important role to play in helping businesses get back on their feet after coronavirus, understanding the impact on our economy and leading the way in supporting the economic recovery of our borough. We are already planning for this and we are working with our partners to determine the most suitable recovery strategy for our area.

In the meantime, our hard working staff are continuing to make great progress in paying the business grants and I’d like to sincerely thank them for everything they are doing. They have worked seven days a week, including evenings, taking hundreds of calls and contacting hundreds of businesses. Their efforts will continue every day until all eligible businesses have received their money.”

Beyond the Officer-speak, one is left to wonder which “we” (in that first paragraph) is actually doing all this exemplary work. Seemingly not Steve, who is apparently to attend even a Zoom meeting.

And similarly, the Leader’s Twitter account has been dormant, with the exception of a single dutiful party re-Tweet, since the back end of last year. He could quite reasonably be said to be ‘out of the loop’.

Having already missed 2 months (one-sixth) of the Council year, will Councillor SIDDONS now waive one-sixth (£2,803.04) of his £16,818.24 Leader’s Allowance? If he does not, will he spend it on PPE for the front-liners, please?

At a time when the need for a Strong Leader was never more pressing, we are left with a Leader who is absent (as he has so often been during his years with Scarborough Borough Council), and whose unmandated and relatively inexperienced ‘deputy’, Councillor COLLING, is left to pick up the slack. 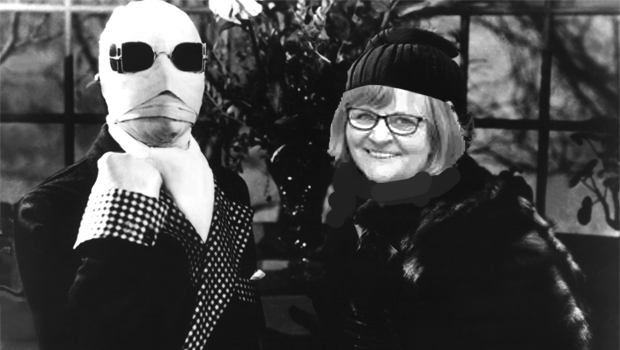 Readers will recall that when Councillor SIDDONS polled 26 votes in his No Confidence battle back in January (to survive as Leader, he needed 24), his appeal for support relied on ‘newbie’ Independent Councillors of minimal experience and little nous.

Having scraped through, the Leader graciously acknowledged that numerous criticisms of his poor communications record were well-founded and promised to do better. Granted, he would appear to have been “very poorly” (LC); nevertheless, a public statement acknowledging his temporary incapacity and requesting the public’s forbearance would have shown a little respect for the electorate.

In the light of the Leader’s present unfitness for public office (in the health sense), one wonders whether that slender margin would be secure in the face of a new challenge, perhaps already in the pipeline? Indeed, one wonders whether the Leader might welcome an honourable avenue of escape from what one Labour member describes as “a vanity exercise gone horribly wrong” [verbatim]. Certainly, he has proved timorous of constructive criticism. Perhaps he wishes to ‘see out’ the first leg of his four-year term, albeit from a safe distance?

With the Council year drawing rapidly to a close, we should soon know more. With Facebook now having eclipsed Zoom by providing a 50-terminal video conferencing facility, is there any reason why virtual meetings of Full Council cannot take place, streamed via the SBC webcast facility? Just asking . . .