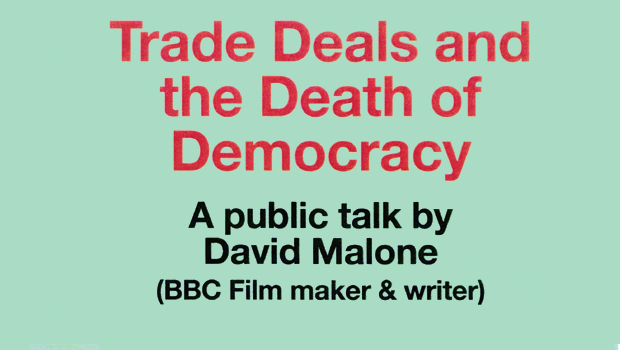 A Letter to the Editor from Amanda SMITH, who writes as a member of the public in Whitby. Amanda is a Whitby Town (Parish) Councillor representing the Streonshalh ward. She shares with NYE readers information regarding a forthcoming event in Scarborough that is deserving of the attention of everyone who cares for our democracy – and our planet.

Those of us who care about democracy should be deeply worried by The Transatlantic Trade and Investment Partnership (TTIP), a so-called ‘free trade’ deal currently being negotiated by the EU and US. In reality it is a corporate power grab that threatens our public services, environment and democracy.

TTIP would grant corporations the power to sue governments, lock-in the privatisation of public services including the NHS, and undo regulations that protect workers, the environment and food safety and standards.

The major focus of TTIP is reducing ‘non-tariff barriers to trade’. In practice, this is likely to mean slashing rules and regulations introduced by democratic processes to reign in corporate power. The aim of this deal is to open up new markets for corporations. While proponents argue that this will mean more jobs and growth, there is little evidence for this. In reality, TTIP will mean more profits and power for wealthy corporations, with potentially disastrous consequences for the rest of us.

Although negotiators are trying to keep this deal as secret as possible, leaked texts and expert analysis show that TTIP will mean the following:

If you want to learn more and add your voice to the growing list of dissenters then David Malone (Film maker and writer) will be giving a talk at 7pm October 1st at Scarborough Library. 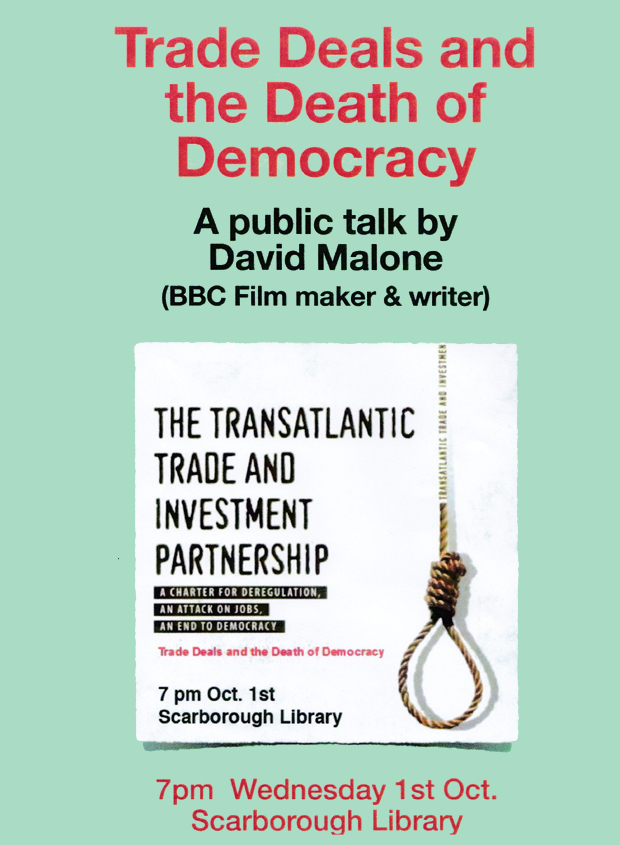