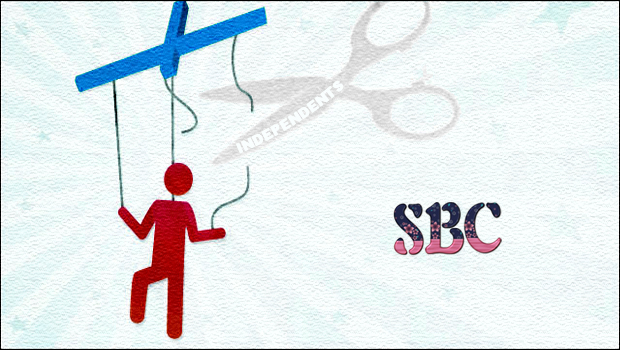 A Guest Author opinion piece from Enquirer regular FRANK SHEPHERD, asking the questions many are asking about the nature and resilience of the Labour/Independent ‘alliance’ currently leading Scarborough Borough Council – not least because, thus far, the new Leader seems to be operating by diktat, with the other 45 members ‘out of the loop’.

The Enquirer looks forward, more in optimism than confidence, to publishing some answers.

What are the Independents doing?

The Conservatives lost the election. Labour didn’t win it. Instead we had a most resounding “A plague o’ both your houses!” result from the electorate.

So what are all those Independents whom we elected to change the establishment doing?

Where is the change?

I don’t ask ‘why’ are they supporting the newly elected Labour Leader. Until the Council agrees his promised new rules to share decision making, the Constitution requires them to have a Leader and a Cabinet. It would be irresponsible not to support some sort of interim arrangement, especially one setting its stall out to deliver change.

No; the question is ‘how’ are they giving support? The critical arrangement, without which there can be no Labour administration, isn’t defined in any way that we the voters can understand.

Or do we just have some back of a fag packet incompetence? Made up as they go along and hoping for the best.

In his letter to North Yorks Enquirer, former Independent Councillor Norman Murphy refers to the Independent/Labour administration. He has insider knowledge so should know what is going on. No correction has been issued so we can reasonably assume (until official clarification otherwise) that we do have a coalition.

The nature of the deal is fundamental to the stability of the Council and its ability to deliver. A coalition involves joint decision making and joint responsibility. The Independents cease to be ‘independent’ in that scenario. They become whipped by their agreement to support the Leader in everything other than where they set out their differences. Remember that press conference in the Rose Garden announcing the 2010 coalition government?

As they have not set out where they differ, are we to assume they support everything and anything Labour wants?

A Confidence arrangement simply means supporting the minority Labour administration should there be a Vote of Confidence – remaining independent on  policy issues and voting independently on each issue as it arises.

From recent news reports, it appears the Independents themselves don’t even know what’s been agreed.

Can it really be true that the Independent Group members weren’t consulted – let alone agreed to enter into the deal with Labour? Or are the concerns of the outspoken Members for Hunmanby mistaken?

Whatever, it raises fundamental questions;

The only thing we can see is that the two lead Independents have done very well for themselves, taking (and in the case of Cllr. Sam Cross multiple) lucrative positions.

No doubt the NYE will dig out the truth of it, they usually do.

Surely, I’m not the only one who now wants to know what on earth is going on and how decisions are taken in the oxymoronic ‘Independent’ Group.

Numbers being as they are, it is the Independent Group who decide who is in power. So in very real terms they are in charge and can extract whatever price they want for themselves in any behind-closed-door dealing. As such, they should be under as great if not greater scrutiny than the party groups who put their hands up whenever the Leader says, as is well known.

Apart from the impression that Janet and Sam have bargained for positions, the Independents appear to have signed it all away for nothing.

Has Cllr. Cross even extracted an agreement on the critical issue of genuinely getting rid of the Leader & Cabinet format?

Are there any policy wins he can point to? (After all, Cllr., it is policies not positions that matter to voters).

Voters didn’t vote Independent for their Councillor to hand over their mandate for nothing.

They didn’t vote Independent simply to let Steve Siddons or Derek Bastiman carry on as if they won the election.

So  Cllr. Cross, Cllr. Jefferson, what have you sold your Group’s independence for?

Had we wanted to vote Labour or Conservative, we would have done so, so whatever deal you have struck it better damn well respect that.

Without all these basic questions being answered, and your deal being clearly set out, we have an unstable Council that can be brought down at the whim of a couple of its Councillors.

Come on, if you can’t even get the fundamentals right in your own Groups, how the hell do you expect to be able to run a Council?

Over to you Councillors. We the public want answers.