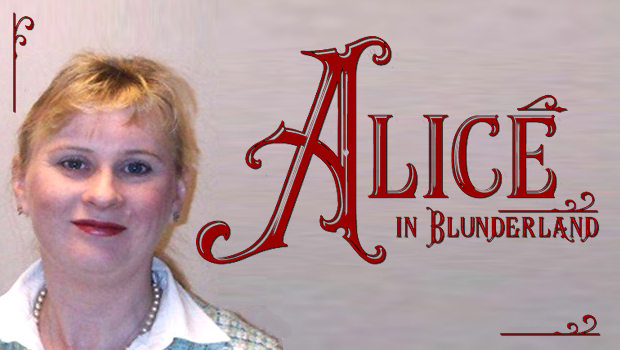 Further to the Mayor of Scarborough’s farcical response to a Point of Order called by Councillor Tony RANDERSON [Lab.] at the meeting of Scarborough Borough Council on Monday 5th November 2018, the Council’s Director of Legal (!) & Democratic (!) Services and Monitoring (!) Officer (!) Mrs Lisa DIXON has informed all 50 Councillors that she cannot (or may not) grasp the content of the Article 13.12 of Section 4 Rules of Procedure of Council’s Constitution – either in virtue of her sheer incompetence (which is scarcely credible) or under instruction from her immediate ‘superior’, the Head of Paid Service Mr James McGarvie DILLON, the self-styled Chief Executive Officer.

For convenience of reference, here is Article 13.12:

And here is Mrs DIXON’s email:

I have been asked to explain the reason why the Mayor declined Cllr Randerson’s alleged point of order at full Council on Monday 5 November on my advice.

Cllr Randerson sought to raise a point of order at the Council and stated it concerned the action of the Chief Executive in denying an EGM of the Council.

To be valid Cllr Randerson’s alleged point of order should have concerned the meeting of full Council held on 5 November 2018 and the way in which the rules of procedure applied to that meeting. It was clear from Cllr Randerson’s opening statement he was referring to a matter without the remit of that meeting and the Mayor was advised accordingly. The Mayor acted on that advice and his ruling on the point of order is final.

Please can you ensure that all queries in relation to this are directed to myself.

1) Mrs DIXON’s first paragraph is self-explanatory – provided always that one is willing to disregard the fact that the Mayor’s action, though in accordance with Mrs DIXON’s erroneous advice to him, was and remains contrary to Article 13.12, as cited above. Nevertheless, the Mayor may be grateful to Mrs DIXON, at least insofar as she admits liability for her erroneous advice. We must thank her for that.

Of course, Mrs DIXON has, in truth, created a new Point of Order, insofar as it is her place only to advise the Mayor – not to put words in his mouth by emailing all Councillors on his behalf. It is the Mayor’s duty, after considering Mrs DIXON’s advice, to act on his own initiative – if any. The above email (worthless though it is) should have come from him. Once again, we have an Officer interfering with the proper procedures and thereby influencing the political process and the Mayor’s duty to impartiality. One can sympathise; what is one to do with a Mayor who cannot even be relied upon to draft a postcard saying “Wish you were here!” – much less an email that accords with constitutional procedure? (Answers on a postcard, Joe).

2) It is not the case that Councillor RANDERSON sought to raise a Point of Order concerning “the action of the Chief Executive in denying an EGM of the Council”.

Mrs DIXON, like the Mayor, claims prescient knowledge of the nature of the substantive issue which Councillor RANDERSON sought to raise – but was unconstitutionally prohibited from so doing. Councillor RANDERSON’s purpose was to raise a Point of Order applicable to the entire fiasco of the tail wagging the dog in virtually every meeting.

The Constitution requires that:

Councillor RANDERSON was prohibited from so doing.

3) Mrs DIXON has falsely asserted that, in order to be valid, a Point of Order must pertain to the meeting at which it is raised. One glance at Article 13.12 (cited above) should suffice to satisfy Councillors (and readers) that the Constitution makes no such requirement. As so often before, Mrs DIXON is making it up as she goes along.

In an act of grandmotherly kindness, let us (for one brief moment) allow that Mrs DIXON’s copy of the Constitution may differ from the version presently displayed on the SBC website. If such is the case, it would be helpful if the Council could comply with the law and display the correct version on its website. (I am being a little facetious here – though never “vexatious” – for I am satisfied that the displayed version is indeed current and correct).

With just a little consideration, one can readily discern a variation on Catch-22 here, in that Mrs DIXON is suggesting that for Councillor RANDERSON’s Point of Order to be valid, it would have to be raised at a meeting that Mr DILLON has unlawfully prevented from taking place.

Similarly, according to Mrs DIXON’s comedic interpretation of her own version of 13.12, Councillor RANDERSON may only call his Point of Order at a meeting that Mr DILLON has decreed will not take place.

This is known as a logical paradox. George ORWELL refers to the phenomenon as “double-speak”. I refer to it as “bullshit”. Logical philosophers delineate it thus:

Admittedly, one cannot fairly expect a gas-station attendant (the Mayor’s former gainful employment) to grasp such a recondite abstraction.

But is it really so unreasonable to expect a qualified solicitor drawing down £74,950 per annum from the public purse to perceive the rank stupidity of her assertion now that I have patiently explained it for her?

Even if one accepts Mrs DIXON’s false assertion that Councillor RANDERSON may only raise a Point of Order concerning the Mayor’s multiple departures from the Constitution during the meeting presently in progress (which is NOT what the Constitution states), how can it be raised it during a meeting which Mr DILLON has unlawfully prevented from taking place?

4) Mrs DIXON is correct when she states that the Mayor’s decision is final. But perhaps she will now explain how a decision on a Point of Order which, by her reckoning, is not a Point of Order can have any meaning at all. That is akin, surely, to a referee disallowing a ‘goal’ when no-one has suggested that the ball crossed the goal line in the first. In Blunderland, anything goes.

Mrs DIXON concludes her poppycock by requesting that all queries related to this topic are addressed to her.

Unfortunately, I am not able to comply with that request. I am not permitted to address Council Officers because I am alleged to be “vexatious”. It should now be clear to elected members (as it has long been clear to readers) that the reason that I am alleged to be “vexatious” is that I am in the habit of pointing out the by-now obvious fact that my “vexatiousness” inheres solely in the fact that, despite being a silly boy who left school at fifteen, I can at least discern “bullshit” when I encounter it. (I am, on occasion, mistaken; sometimes, what I perceive as “bullshit” turns out to be nothing more than outright lies). No doubt the next insanity will entail Opposition Councillors being declared “vexatious”.

The question electors must be asking is the question that I have been asking for some time, which is this:

Could it be that the tail really is wagging the dog?

Could it be that the tail cannot survive the truth?