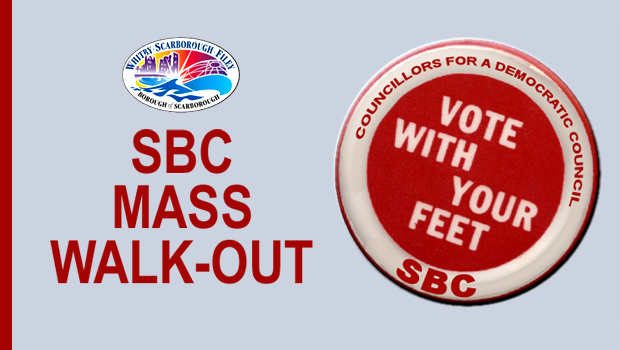 A large group of Labour and Independent Councillors walked out of the Council Chamber today as a mark of protest and disgust at the autocratic attitude of the Council’s Chief Executive Officer and Head of Paid Service Mr Jim DILLON and his accomplice Mrs Lisa DIXON, Director of Legal & Democratic Service and Monitoring Officer, who have breached the terms of the Localism Act 2011 by unlawfully prohibiting  an Independent Councillor from fulfilling the full range of a Councillor duties – which act, in an inevitable but equally unauthorised U-turn, has finally been reversed in time for today’s meeting without apology or explanation.

DILLON and DIXON have also breached the Local Government Act 1972 by blocking a lawfully Requisitioned Extraordinary Meeting for the past five weeks.

Both of these unauthorised actions appear to evidence political bias in favour of the Conservative Leadership and the Conservative Mayor, Councillor Joe PLANT [Con.], who is also in breach of statute.

Furthermore, the Mayor committed a further breach of the Constitution by refusing to hear a Point of Order from Councillor Tony RANDERSON [Lab.] – without even hearing what it was! Watch the puppet show here:

A Press Release issued this afternoon (reproduced below) rightly points out that no paid public servant has the authority to negate the will of the people, whose sovereign vote guarantees every Councillor’s electoral mandate.

The plot has been lost today by the Conservative Leadership and the Directorate – who should be gratefully and relieved that it was not a gunpowder plot.

Shortly after publication of this article, Councillor Tony RANDERSON up-dated the above Press Release as follows:

Further to my original e-mail, could I make it clear that the main reason for the Labour and Independent Councillors to walk out was due to the fact that the Mayor did not allow me to raise a legitimate point of order.
I hadn’t even got to the Point of Order when he ruled it Not a Point of Order which is quite ridiculous when he hadn’t heard what my Point of Order was.

This is an affront to democracy and the Mayor should be ashamed of his role in this matter. This said I suppose I will now be pulled in front of the Standards Committee for venting my feelings when raising a very principled point regarding our democratic process, or in this case the complete disregard of that democratic process. 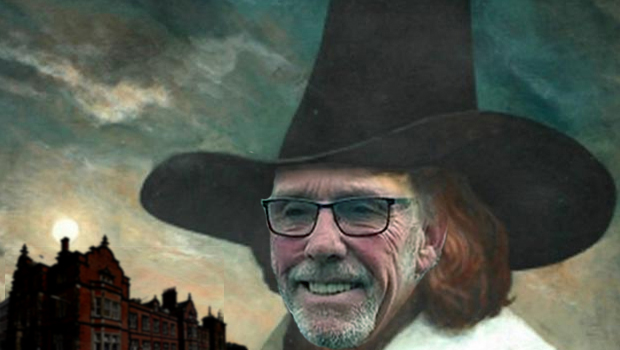