‘Out of Order’ – Or Just A ‘Slight’ Improvement? 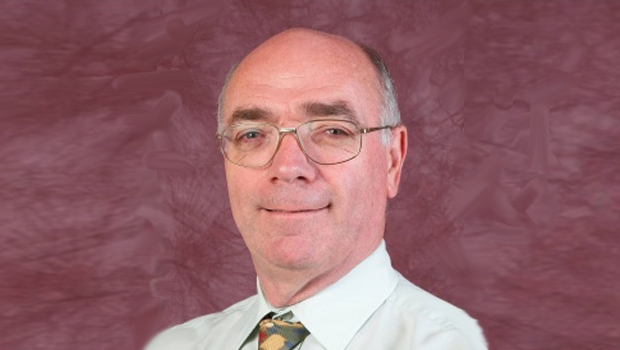 ‘Out of Order’ – Or Just A ‘Slight’ Improvement?

Guest author ALLAN ROBERTS draws readers’ attention to a matter of arithmetical competency (or otherwise) and/or the honesty (or otherwise) on the part of SBC Councillor Mike COCKERILL [Ind.], Portfolio Holder for Project Leadership, Harbours, Coast and Flood Protection.

On page 2 of the Minutes of the SBC Cabinet meeting dated 16th May 2017 is this statement, made by the Cabinet member with responsibilities for harbours, Cllr Cockerill:

“In reply to a question on the performance of the Borough’s ports as outlined in a recent Individual Cabinet Member Decision and the progress of the Ports Development Group, Councillor Cockerill confirmed that port operations continued to hold their own and, indeed, make some progress. For both Whitby and Scarborough, the overall income from the landing of white and shellfish showed slight improvement, benefiting from the increased value of the product.”

I was was particularly interested in the final sentence (in bold), and in determining just how ‘slight’ the improvement in landings were.

Below, and copied from the Harbourmaster’s year end report, are the records of income (wharfage) from fish landings for the two years ending 31st March 2016, and 31st March 2017.

For your convenience, the income (wharfage) from fish landings is outlined in red. 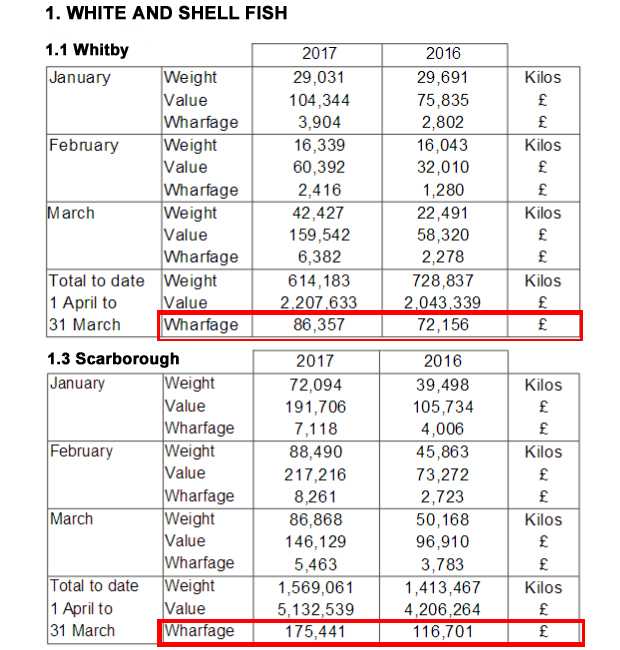 The combined incomes from Whitby and Scarborough fish landings are in truth up by 35% overall.

Perhaps the reason for the ‘slight’ increase in income from fish landings is because of the increased value of the catch that has risen by over £1 million  at first sale values when compared to the previous year!

So, is Cllr Cockerill’s statement, that fish landing income showed only a ‘slight’  improvement, a true reflection of the facts and figures he has at his disposal?

Or, is it a ‘slight’ on the fishing industry, which in my view has had a very successful year?

Does he have the ‘slightest’ interest in the fishing industry at Scarborough, or Whitby?

I suggest that the wording on the sign, which has hung on the landing davit at Scarborough for over a month now, describes Cllr Cockerill fairly well. 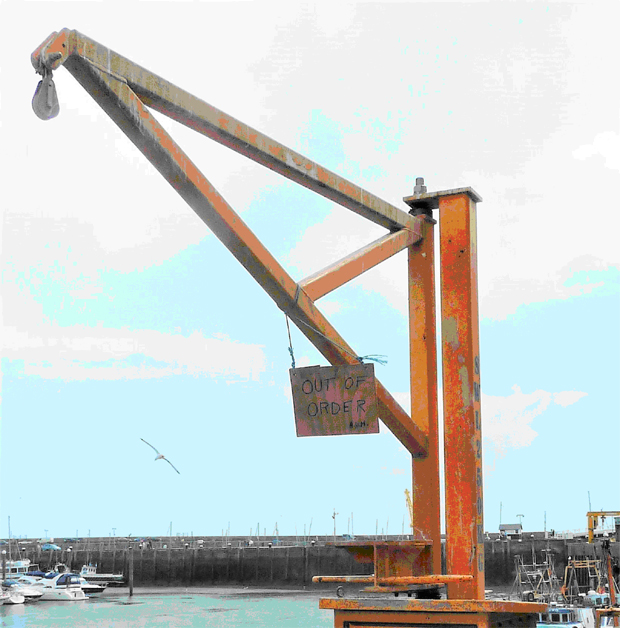 Minutes of the SBC Cabinet Meeting dated 16th May 2017: