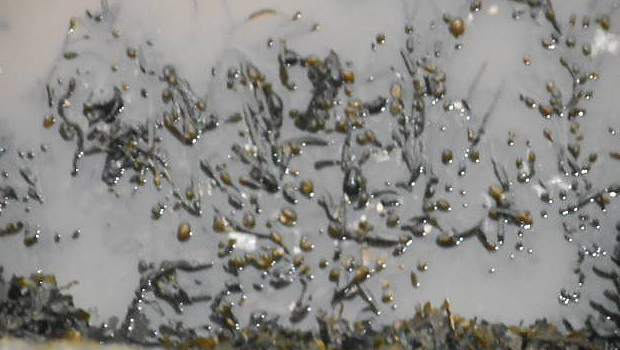 With reference to the BBC report indicated above – what a waste of Council resources! It strikes me as petty thinking. Although I do agree with purpose of this, there are really no facilities to do anything else? Where is the waste disposal point? I don’t know where it is. If it is in the Marina building, then there needs to be a berth there; one cannot carry one’s toilet through town! All the facilities are always placed on the West Marina, without consideration for other harbour users.

Toilet waste transport will come under the same hazardous materials regulations as waste oil transport, and you would need a waste carrier’s license to transport toilet waste. That’s why the oil disposal for the Eastside of the harbour is so messy. If the Council is bringing in new regulations, then it will need to facilitate for it.
I also think it is futile, and a waste of Council resources. It is not going to contribute one bit to water quality. The water that exits the harbour every 12 hours is replaced every other 12 hours with fresh sea water brought in by the tide. It is not as if it is a stagnant pool! I think that even if every boat’s toilet was used  by its owner for daily visits (which they are not), it would be a ‘drop in the ocean’, because of the tide cycles.
The underlying source of pollution in the harbour is not being tackled. I have mentioned to numerous elected members, and to the Harbour Office, the problem in the Dock End and New Quay Road due to cooking oil contamination. Yorkshire Water admits that there are cross-connections between foul and surface water drains that run into the harbour, or are cross-connected into the culverted part of Bagdale Beck.  Yorkshire Water are charging properties for the disposal of foul waste and it is ending up in the Harbour.  You can regularly see human waste floating about  in the Dock End. This is not from boat toilets!
It is my opinion that, back in 2009/10, Yorkshire Water never actually knew what drainage they controlled, as they conducted a 3-D survey to map all drains in Whitby. At that point, if they had known what drains they had, they would not have needed to do a survey.
Then there was the infamous 2009 Regatta day leak. The large-diameter pipe on New Quay Road was leaking at every joint because of its buoyancy. At the time, nobody wanted to listen. Had it not been for the likes of myself and Mike Ward, nothing would ever have been done. Eventually, the offending pipe was encapsulated with concrete to solve the problem and, if you can remember, there was Councillor Joe Plant and MP Robert Goodwill, out on the Esk Belle surveying the completed works as though it was their initiative – very ironic after they wouldn’t answer emails and put no effort whatsoever into the campaign to get the leaks sorted.
The whole Dock End is a cesspit. The Bagdale Beck outlet is polluted. Then, of course, you have the Yorkshire Water emergency outlet, which I think is not fit for purpose. The Council should never have allowed it to be situated there, in the centre of town. Yorkshire Water infrastructure leaks all over town in bad weather, and I have seen the emergency outlet working on many occasions.  I was told in 2010, by a Yorkshire Water representative, that the system came under pressure during spring tides and it doesn’t take a genius to work out that the emergency outlet is lower than the high tide mark! If the system is under pressure during high tides, then that surely is an admission that tidal water is entering the system? The whole system was originally designed as a negative pressure system, which allows atmospheric pressure to keep all foul smells in the system. In other words, pressure is supposed to be greater on the outside than the inside. This does not seem to be working.
Whitby Harbour obviously forms part of the River Esk estuary. Fresh water runs off from the whole of the Esk Valley and has to transit Whitby Harbour on its way to sea. It carries all sorts of animal waste, including carcasses, and this cannot be avoided. Another big source of pollution , which is causing a lot of damage to boat propeller bearings, is plastic waste, especially that associated with crab line activity. At least the effluent you are talking about is bio-gradable, but that plastic is not. So unless you are prepared to look at the broader picture, I think your grasping at straws. I sense something coming off here; this could result in an additional charge for waste disposal for boat-owners which are at present included in the Harbour dues – in the exact same way that they split the car parking charges away from the harbour dues and this is now charged separately – but the Harbour dues never went down! I cannot see any other logical reason for doing it.

My final comment is there has being no new business created in Whitby Harbour since 2010. There has being a managed demise of the Fishing Industry by the Council yet, at the same time, other Goverment agencies (such as IFCA, MMO, etc) are saying that the prospects for fishing over the next 30 yearrs are very good. The Council has removed all the fishing-related infrastructure, including the removal of the Ice House, the High Delivery Diesel Pump, insufficient dredging between the Bandstand and Pier ends, the failure to modernise the Fish Market in line with the modernisation of the fishing fleet, and the failure of the Council to secure the millions of pounds of available funding from the European Fishing Fund over the years, which other harbours have done so well out of. The only time the Council has applied to the fishing fund is for themselves to address years of neglect.

In a desperate attempt to make the harbour profitable, the only thing the Council can think of – due to the lack of imagination – is to charge the existing (and dwindling) customer base more and more – for less and less services!

“Thank you for your email

However, Councillor COCKERILL has not complied with Ken’s request, in the Subject line: “Don’t forget to Cc: news@nyenquirer.uk”.

Councillor COCKERILL is not yet a fan of the North Yorks Enquirer. 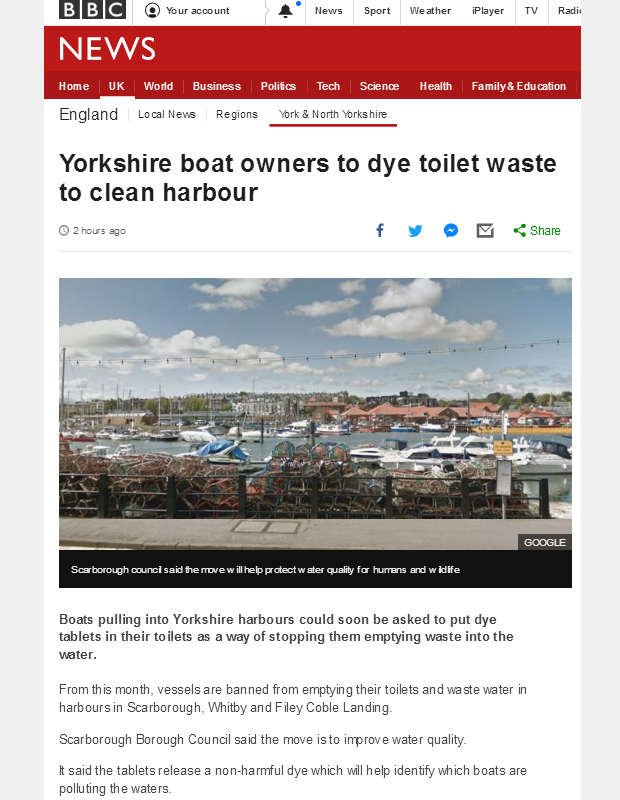