“On Returning From Lesbos” 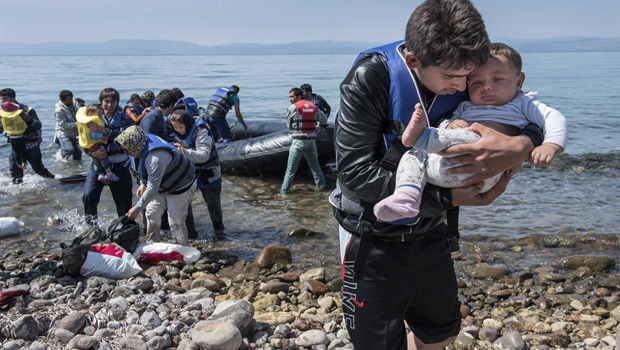 A Letter to the Editor from Christine KOLLER of Whitby, writing to offer readers a personal account of the situation on Lesbos and some first-hand insight into the plight of the Middle Eastern refugees.

I have recently returned home to Whitby from a holiday on Lesbos, visiting friends who have a house there.

They contacted me shortly before the trip, asking me to bring out baby clothes and formula milk to help out with the large numbers of families arriving on the island, fleeing Syria.

Honestly, I had only taken a fleeting interest in the news reports on TV and was totally unprepared when I witnessed their desperate plight first hand. I was touched by the generosity of people I know in Whitby who supplied me with baby-clothes to take and also one visitor to the town, overhearing a conversation about travelling to Lesbos, who gave a monetary donation to use towards the cause.

Soon after leaving Mitiline airport, I could see a group of around 100 refugees who had recently arrived from Turkey by boat. They were walking to a temporary camp in Moria about 2 miles away. They had only the clothes they were wearing and some had small carrier bags containing their possessions.

As I wanted to hand out the donations personally, my friends took me to Molyvos on the north side of the island, the closest point to Turkey – being about 12 miles by sea. A makeshift camp had been set up by the side of the road. There were about 150 men, women and children huddled together, waiting for a bus to take them to the main camp, where they could be registered.

A volunteer told me that the situation was calm that day as this was only a fraction of the normal influx; the ‘landings’ had been halted for a visit by the Greek and Austrian Prime ministers. The refugees had crossed over from Turkey in inflatable boats, paying 2,000 Euros each, up to 50 people per boat built for 12, overcrowded and dangerous. Punctured black inflateables and life jackets littered the beaches everywhere.

The people I met were frightened, desperate for food and clothing for their children, but only took what they needed from the bags I’d taken, pointing to other families who needed help. A small act of kindness was rewarded by their smiles. The volunteers I met that day were young students or ex-patriots living in Lesbos, all trying their best to help out. There seemed to be no-one official in charge.

However, the UN had set up some tents at the roadside. I saw many sights that moved me to tears: babies’ clothes and a nappy hanging in the trees to dry; torn up family photos alongside hundreds of life-jackets and ruined boats which had been hurriedly punctured to ensure their passengers would be allowed stay ashore.

I heard many stories that made me angry: how these people are being exploited by people making fortunes from their misery; prejudicial treatment in camps of Afghanistan and so called ‘rich’ Syrians; the hurried building of a Tarmac road to the camp – on the morning of a visit by UN officials.

The local people of Lesbos are overwhelmed by the influx of refugees to their island but still moved to offer kindness to them, shop keepers giving me milk and water to take to Molyvos.

Mohammed was the person that will stay in my mind for a long time. He was in the queue to board the short flight to Athens on my return trip. With my small amount of spoken Arabic, and having downloaded an Arabic keyboard on my phone, I was able to communicate briefly with him as we waited. He was a shoemaker and had left Syria 4 days before, travelling with no sleep. His wife and four children he’d had to leave behind. Mohammed had used his savings to try to escape and find a safe place where he was hoping to find work and send for his family. He did not know where he was going after Athens but hoped to reach Germany. The man who sold him a place on the boat from Turkey he described as “wicked” – a word I’d hardly heard in Arabic before.

I have been humbled by people’s kindness and the dignity of the refugees I briefly met. But also frustrated by the thoughtlessness of people’s comments back here – “Oh, I hope it didn’t spoil your holiday?” – “They should stay in their own country” – “We haven’t got room here”.

Before saying “Not our problem”, perhaps we should ask ourselves how easy would it be to leave our homes in North Yorkshire, knowing we may never be safe enough to return. 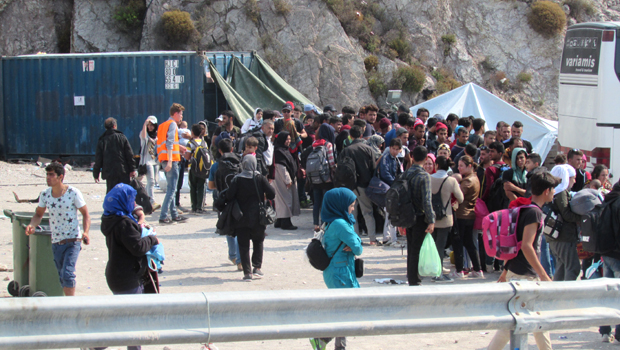 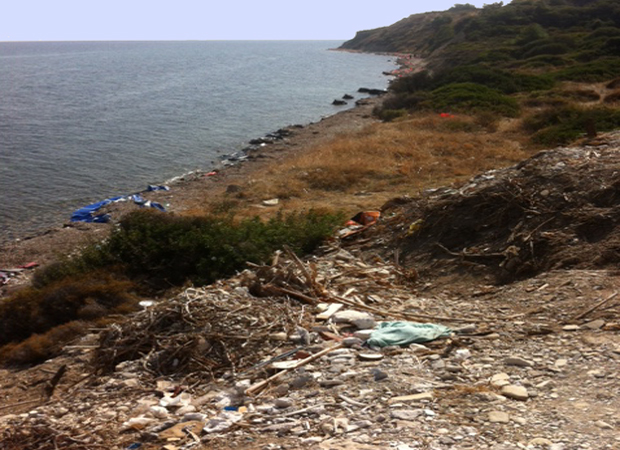 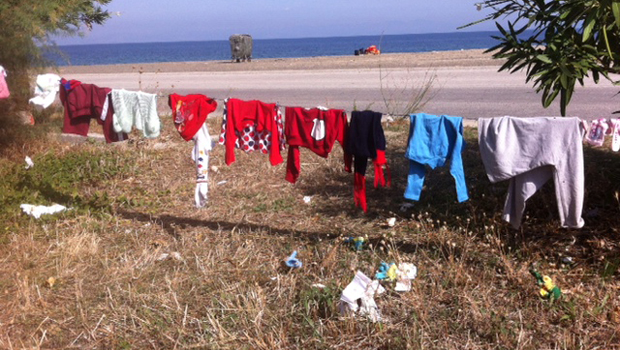 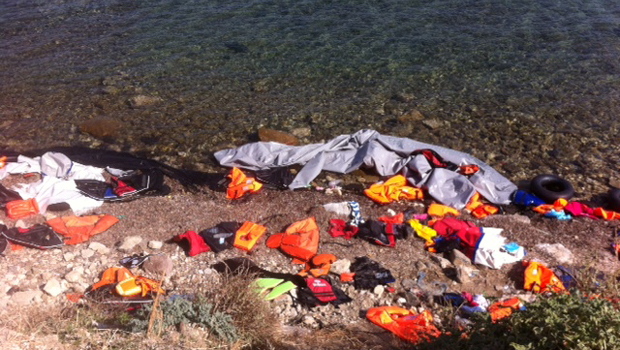 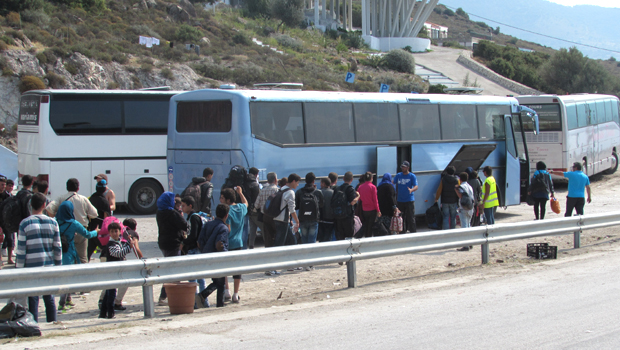