Futurist Theatre: SBC Keeping The Public In The Dark 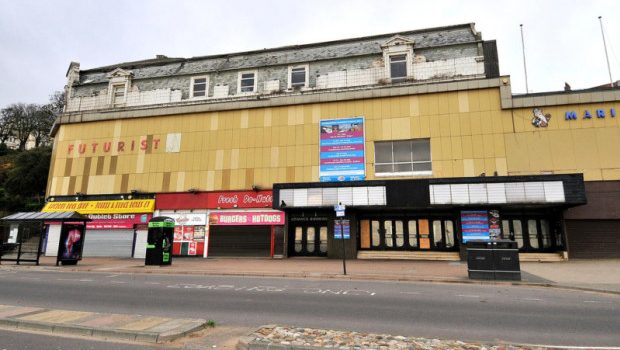 A Letter to the Editor from Patricia DAVID of Scarborough, reporting on developments in relation to her campaign to halt SBC’s intended demolition of the Futurist Theatre. Perhaps one of the many Borough Councillors amongst our readership will shed some light?

It would appear that the Futurist theatre is not on the agenda for the full council meeting on Monday July 4. Also that it appears to be on the cabinet agenda for the meeting on July 12, but not the part open to the public.

If the recent national referendum taught our public officials anything, it should be that if you continue to ignore and insult the intelligence of those who elect you long enough, they will fight back.

Scarborough Borough Council has ignored the public continuously on the subject of the Futurist and the adjoining land regardless of the fact that they received 11,000 signatures asking them to renovate and restore the Futurist theatre as part of the total land area redevelopment. Their excuse is that because private investors are involved, then all discussions must be confidential.

What about the public investors, known as the council tax payers, do we not have equal right to be openly involved participants in these talks?

How many times do they need to be reminded of the fact that both theatre and the adjoining land are in public ownership, and the taxpayers’ money has always been used to maintain it and keep it open, and is now being used to settle its future (or in our case non-future).

On behalf of the people of Scarborough the Save the Futurist campaign submitted a 76-page business case to each of the 50 councillors and to the senior council officers. This was also published in local media so that everybody would know there is a viable and professionally developed alternative available. Research and writing took over two years to perfect. None of you will be surprised to hear that only four councillors acknowledged receipt, and no officers. Those councillors, one of whom was the Labour leader, were kind enough to publicly compliment us on it.

The council, by actively refusing to allow the people ownership, are by that same action preventing the people from raising funds to buy it from them. That is the way the fundraising system works. It is a Catch-22 situation.

Denying Community Asset Transfer is the council’s way of ensuring that we cannot raise sufficient funds. Our only hope is for somebody to come forward with the money to buy it outright from them, now. The council needs to publicly name a price. Unless of course the council will discuss it all openly in a business like and democratic process with the people. Let us fight for that!