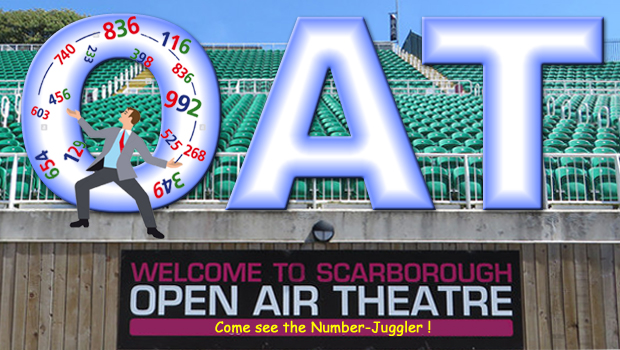 I read with interest the article in the Scarborough News concerning the OAT.

The information we were given was that the total number of actual punters was 91,431 for the 2018 season, with the average per gig being 5,714.

Looking at this average figure, it does look quite good for the capacity stated as 6,500.

There was one slight error, though. The reason for the £75,000 spent on the permanent decking was to increase capacity to 8,000, in order to attract top quality acts to the venue.

I would like to add some figures into those, if I may.

Despite the increased capacity due to SBC funding permanent space directly in front of the stage, the difference between the average per gig last year and this year is only 500.  This is not a lot.

So, looking back at the figures, the total 91,431 punters divided by the average 5,714 should give the number of actual gigs, which I make to be 16.

Looking at these figures, I think it was reported that perhaps 3 acts were a sell-out. So if we deduct these 24,000 from the actual figures and divide the remainder by 13, we will have an average of 5,187 per gig – which is almost 3,000 less than full capacity.

Not such a roaring success as claimed. I fail to see how our cost of £100k per annum can be justified when we are paying out and getting no profit and the benefit to the town is ‘guesstimated’ in a similar fashion to that of the bike race.

If someone approached you and said, “I want to put gigs on at your venue… (A venue you just spent about £5m renovating) … “but you must pay all of the maintenance and security costs, and in return you will get no interest because we have to pay more for top acts to fill the spot. We have to pay top dollar for these acts so it is highly unlikely that you will ever get any profit.”

There would be only one winner in this business deal – let’s face it, if there was no profit to be made by the promoters, they would not do it. So why should we?

Does this sound like a good business deal to you? No!

But it is the one Scarborough Borough Council has with Cuffe & Taylor . . .