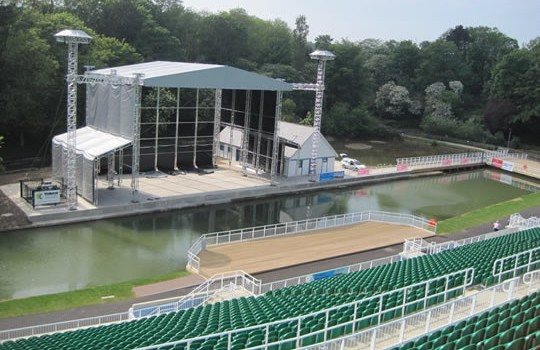 When you ask elected Councillors about the Scarborough Open Air Theatre (OAT), its viability and profitability, you generally get a rose-tinted view of a bygone age. The Councillors themselves probably don’t realise the full scale of the financial horrors as they’re not privy to the detailed information available in the Scarborough Borough Council (SBC) financial systems. They are only kept abreast of the situation by Council Officers, who it appears are not giving Councillors the full picture. This article intends to give a fuller picture of the financial situation.

Council Officers recently provided some historic information about the profitability of the OAT and The Spa to some conscientious folks in Filey. The Filey folks are unhappy because SBC never spend much money in their town, a situation with which people in Whitby can sympathise. The information found its way to me and led to yet another Freedom of Information (FOI) request to establish the current financial situation at the OAT and the Spa. I’ll cover The Spa in a future article.

Information recently provided by SBC under the terms of the Freedom of Information Act 2000 have revealed the staggering scale of losses at the OAT. The FOI figures, when coupled with the Open Data that SBC provides, and taking into account historic data that details the previous spend on the OAT since the venue opened, reveals that the current operating loss of the OAT is £1.2million.

The FOI figures reveal that the OAT loss during financial year 2012/13 may have been as high as £579k. I say ‘may’ because I’m not sure I’ve been given the full picture. Some of the data that SBC has provided as part of the FOI response seems to conflict entirely with the data provided on the Council’s own Open Data webpage. Further enquiries have been made to establish the full picture. 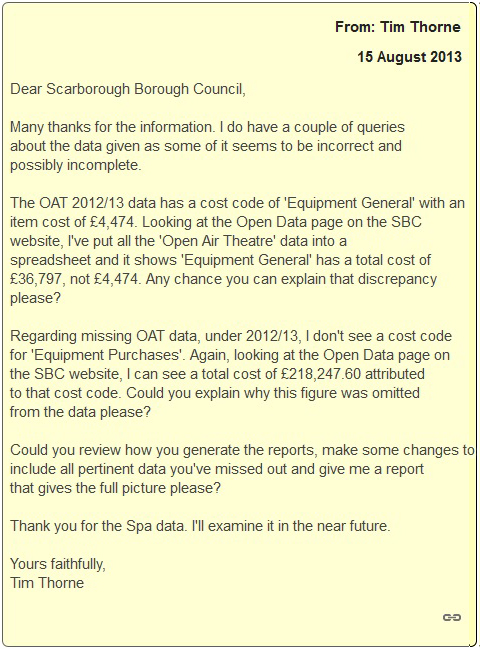 A previous FOI request revealed that the construction cost of the OAT was £3.3million, which brings the total loss incurred on the venue in three and a half years to £4.5million. I’m sure you’ll agree that is a sorry state of affairs and a tale of financial woe that probably means that the Borough Taxpayer will never see a return on their investment.

The FOI figures released for the current year (Until June 30th) indicate a £110k loss. With many of this seasons events reportedly not well attended, the operating loss is expected to grow further and we’ll only be able to accurately estimate the full scale of any loss for financial year 2013/14 when the season is over and most of the bills have been paid.

All of the figures cited above fall within the remit of Mr Nick Edwards, SBC’s Director of Business Support and s.151 Officer.

I’ve dropped all the figures and SBC’s Open Data into a spreadsheet. It is probably the best way for most people to visualise the data.

You’ll notice I’ve removed income from cost codes such as ‘Boating & Watersplash’ and ‘Railway Rent’ as they really don’t give a true picture of the profitability of the OAT itself. Changes have been made to ‘Equipment General’ and ‘Equipment Purchases’ cost codes to match the data provided on the Open Data webpage. If SBC provide further data which corrects that, I’ll update the spreadsheet as necessary.

With Senior SBC Officers and Councillors forging ahead with plans to bulldoze the Futurist Theatre, it begs the questions;

So many questions and not enough answers.

Less than a month now until the SBC Cabinet meeting, where senior Councillors will give the go ahead for SBC to start legal action against myself and a couple of other contributors.

The Council has apparently set aside £100,000 to start the process. It will be interesting to see if they complain about the data in this article, as it was entirely provided by themselves, like most of the others!