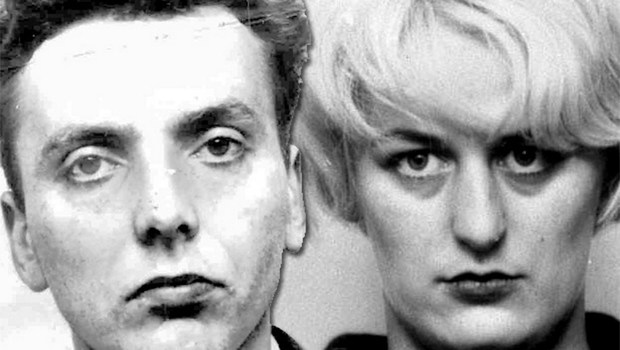 The Death of Ian Brady

The NYE readership will be fully aware of the death of Ian Brady. Although unrelated to North Yorkshire The Moors Murders case is of interest in the context of the attitude of the police to sexual offences against children and its impact on the failure to arrest Peter Jaconeli and Jimmy Savile that occurred in Scarborough and Whitby between 1963 and 2011, and the more recent Rochdale grooming scandal.

For those readers who are not familiar with the case, Ian Brady and his girlfriend Myra Hindley murdered five children, four of whom were sexually abused. It is covered in this film: See No Evil: The Moors Murders.

Though I am implacably opposed to capital punishment, even I would concede that if ever there were crimes for which the death penalty is appropriate, it is those committed by Ian Brady and Myra Hindley.

They had a profound impact on British Society in 1966. Although I was only a child at the time, I realised that something serious had happened. I remember the very stark, black and white photograph of Hindley and Brady that leads this article, being continually on the news. My parents would not let me know what this was all about and started warning us about taking sweets from strangers. In school we were all photographed and had to know our full names and addresses. We had a presentation from the police on how to attract a policeman if we were lost and for months there was often a policeman outside the school gates at home time.

Two very fine detectives were primarily responsible for the successful investigation of the disappearance of five children. Brady was initially arrested by Cheshire Police in connection with the murder of Edward Evans. They asked the British Transport Police to recover a suitcase from left luggage at a railway station, which contained a notebook with the name John Kilbride, who was listed as missing in Lancashire. Cheshire CID contacted Lancashire Constabulary CID and their enquiry landed on the desk of the first of these two detectives, Detective Chief Inspector (DCI) Joe Mounsey. 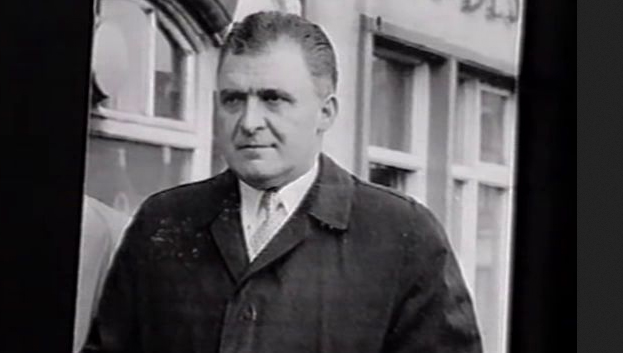 ACC Joe Mounsey. Relentless, skilful and determined. One of the leading detectives of his time.

DCI Mounsey was a highly experienced career detective, who had also been seconded to Special Branch in Cyprus, during the EOKA Campaign. He was relentless in his pursuit of a case and was unquestionably one of the leading detectives of his age. A strong and determined character who did not allow anything  – including politics, influence, position or senior officers – to stop him from pursuing an investigation without fear or favor. He finished his career as the Assistant Chief Constable in charge of Lancashire CID. (In this capacity he has previously featured most commendably in another NYE investigation into the cover-up over child rapist Cyril Smith).

DCI Mounsey was accompanied by the second major character in the investigation, Woman Detective Constable* (WDC) Pat Clayton. She was a career detective, but of a different type to DCI Mounsey. WDC Clayton was the first of what is now a specialist career choice for detectives many of them women, that wish to specialise in child protection. Brady did everything he could not to implicate Hindley, so that she would go free. WDC Clayton had to go through all of the evidence and worked tirelessly with the families, and with the interrogation of Myra Hindley to help obtain a conviction. 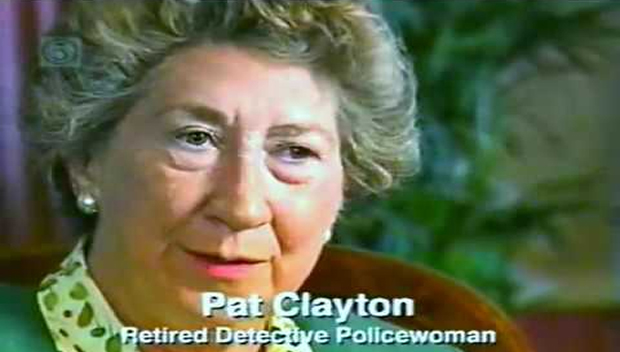 Despite having very little to start with, DCI Mounsey’s team were able to obtain enough evidence to secure the convictions of both creatures for the murders of Edward Evans, Lesley Anne Downey and John Kilbride. Remember this was in the days before DNA, CCTV, police radios and all the paraphernalia of modern policing that we take for granted now. The investigation depended on their own powers of observation, their detective skills, methodical search planning and bamboo canes. They collected evidence and painstakingly interviewed both suspects and all of the witnesses. Worst of all they had to spend hours listening to the tape recording of Lesley Anne Downey being tortured to death, reviewing the photographs and attending the autopsies. I have no doubt that this was a harrowing experience for all of them, but it did not stop them from executing their duty.

Clearly, the involvement of skilful determined detectives at the very beginning of the Moors Murders case was a key factor in securing the convictions of Brady and Hindley. However, I have no doubt that the detectives of Scarborough CID should have been skilful enough to arrest Jaconelli and Savile, given the huge number of complaints, evidence and witnesses available to them.

In my view there are a number of reasons for this failure. Jaconelli has been alleged to have been bribing officers of Scarborough Police, Savile clearly had influence with West Yorkshire Police through his infamous Friday morning tea club. Obviously they were wealthy, influential local figures and this helped them evade police action, as shown in this BBC Documentary.  A detective of DCI Mounsey’s character would never have stood for this. The absence of a strong, principled, senior officer in Scarborough police must have been a factor.

However, I think a major reason is the attitude to sexual abuse of children prevalent in the police at the time, which I believe continues to the present day. The police simply weren’t interested in this type of crime. Scarborough CID was an almost exclusively male preserve in the 1960s. It is obvious that here was a lack of compassion for children in the British Police Service generally and in Scarborough particularly. The presence of an officer like WDC Clayton would have led to an improvement in attitude and approach. I have absolutely no doubt that the presence of an officer of the calibre of DCI Mounsey in Scarborough or at Force Headquarters would have led to the immediate arrest of Jaconelli and Savile.

Recently the country has been rocked by the Rochdale Abuse scandal

Detective Constable Margaret Oliver of Greater Manchester Police (GMP) – a very dedicated and capable female detective in the mould of WDC Clayton – has spoken out about the attitudes in GMP that allowed the abuse to continue unchecked. Full story from the BBC here. I have no doubt that these attitudes were prevalent in Scarborough CID when they turned a blind eye to Savile and Jaconelli. It was not just Savile and Jaconelli that were left alone, the lack of interest in prosecuting sexual abusers of children allowed other rapists to offend with impunity in Scarborough, as shown in this article by Nigel Ward.

DC Oliver has resigned from the GMP over the failure to investigate abuse cases, a great loss for the police service in my view. As with Scarborough police, she has alleged that offences of rape and sexual abuse were not recorded by the police. She has also stated that offenders she identified in the original investigation are still free to abuse young girls. The police officers that turned a blind eye to the Rochdale abuse escaped any punishment for misconduct, as did those from Scarborough. Full story from the Guardian here.

The Prime Minister when she was Home Secretary severely criticised the police over their failure to protect vulnerable victims. A classic case of this was the failure by North Yorkshire Police to process intelligence received from the Toronto Police Service codenamed Operation Spade. More recently, the misconduct enquiry into DC Lane revealed serious failings in the NYP Protecting Vulnerable Persons Unit. It appears to me that despite all the hype emanating from the Police and Crime Commissioner for North Yorkshire, protection of children is still given a low priority by North Yorkshire Police.

The NYE has campaigned since 2012 to expose police failings in the investigation of sexual abuse of children. I am of the opinion that it is only when a police officer is severely punished for failing to properly investigate abuse of children, that anything will change in the police response to this type of offence. I was therefore encouraged to see that DC Oliver is calling for the law to be changed so that police officers can be prosecuted, for failing to investigate abuse. Many of the officers that served in Scarborough and protected Jaconelli went on to have successful police careers, some may even have obtained senior police officer rank. This includes the officer whom I believe ordered that Peter Jaconelli should be protected. This conduct was just as despicable as the police in Rochdale.

The BBC drama on the Rochdale grooming scandal and DC Oliver can be seen here: Three Girls. I hope that the continued publicity that programmes like this and press coverage generate will lead to a change in the law, so that the police will be forced to investigate sexual abuse of children properly.

*Until 1999, women police officers had their ranks prefixed with “Woman”. Fortunately, this practice has now lapsed.