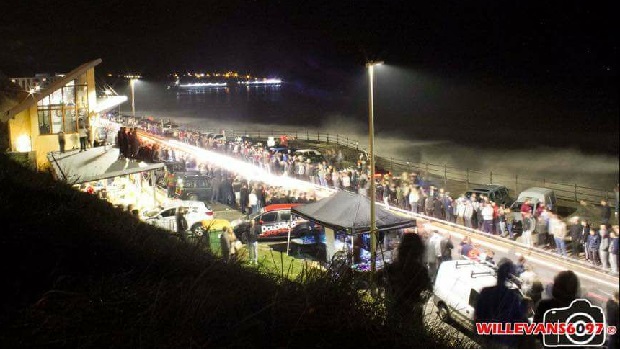 Scarborough Borough Council (SBC) have set a new local record for a U-Turn at 5 hours.

At 10am on Friday 19th May SBC announced that the Marine Drive would be closed between 10am and 10pm on the Bank Holiday Sunday 28th May. The reason for the closure was for public safety due to a modified car rally organised by the Static Royals.

Cllr John Nock, the Portfolio Holder for Strategic Transport, Transport Services, ICT and £5 Wanks said the decision to close the road was taken by an ‘ad-hoc’ committee. No such committee decision could be found on the list of committees on the SBC website.

At 3pm SBC had completely U-Turned and had announced the event would now take place.

We are not at this time anticipating road closures of Marine Drive being necessary over the bank holiday weekend unless there are concerns about public order or safety identified during the event.

It seems the overly bureaucratic nannying council, which fingerprints and breathalyses revellers in Scarborough, changed their mind after listening to feedback from the general public.

This is shocking. Scarborough council dictating who can and can’t come to scarborough. Why not stop the holding the goldwing event too. Best stop the planes on armed forces day as they are loud. Stop the firework displays on the seafront. Fucking do gooders. These people who come to the town spend money at the shops and cafes. But the council doesn’t like that.

Absolutely unbelievable!!!! Are this council hell bent on destroying the town? A loss of 800 parking spaces on one of the busiest days of the year. It beggars belief.

This council won’t be happy until the town is closed down and no visitors can view the revamped town centre with it’s river of diarrhoea running through the middle.

SBC …. Even for you this is unbelievable! Total muppets!