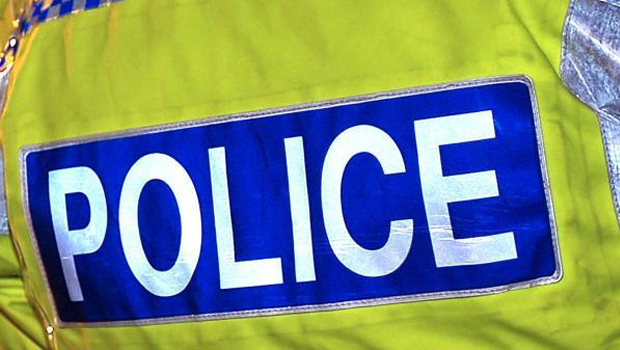 In a major step forward towards more open policing, police forces in the UK have started publishing the outcome of misconduct hearings. This follows a directive from the Prime Minister implemented when she was Home Secretary, forcing police forces to hold disciplinary enquiries in public and to publish the results. In my view this has led to more effective scrutiny of the police, an example of which is the recent Boobgate scandal, covered by the North Yorks Enquirer

North Yorkshire Police (NYP) have recently started publishing the results of misconduct hearings in accordance with this directive. The outcome of a misconduct hearing into the actions of Detective Constable (DC) Nick Lane of the NYP Protecting Vulnerable Persons Unit caught my attention.

I am a firm believer in Leadership by Example and that police officers should be subject to strict sanction when they are convicted of misconduct. Unusually, I felt very sympathetic to the plight of DC Lane, which in my view warrants deeper examination and comment than has emerged so far. Comment from NYP was as follows:

On Tuesday 25 October 2016 a misconduct panel upheld allegations that DC Nick Lane of North Yorkshire Police had breached standards of professional behavior in respect of duties and responsibilities and discreditable conduct. The panel determined that he should be given a final written warning.

During the misconduct hearing, the panel considered evidence regarding the officer’s:

Following a seven day hearing, the panel, led by an independent Chair, found that a number of the allegations regarding the officer’s breaches of the standards of professional behaviour were substantiated. Some of these breaches were gross misconduct, and some were misconduct. However the panel also concluded that DC Lane’s individual failings were not due to a lack of personal integrity and that the organisational context at that time had been a factor.

Scrutiny of press reports (the hearings are open to the press) in the Darlington and Stockton Times and York Press has revealed a deeply disturbing picture.

The misconduct hearing was convened after DC Lane failed to release key documents which contributed to the acquittal of a rape suspect and criticism of North Yorkshire Police from an appeal court judge over the most “total and abject failure to deal with disclosure” he had seen in 50 years. This a very outspoken form of words from a judge and constitutes serious and damning public criticism of NYP.

According to press reports above it was stated in the hearing:

This situation was summed up by DC Lane’s Counsel: “North Yorkshire Police was operating in breach of its own policy and the consequences of this were foreseeable and grave.”

It appears from the press reports that no senior officer spoke for DC Lane, but unusually his colleagues in the PVP unit broke ranks and spoke out in support of him. They are quoted as having made the following remarks:

It was not just one rape case that was involved. According to the list of allegations in the NYP Statement above, multiple investigations were affected by the situation prevailing in the PVP Unit over a considerable period of time. All of this is completely at odds with the view put forward publicly by the Police and Crime Commissioner (PCC) for North Yorkshire Julia Mulligan, who is responsible for holding the Chief Constable to account.

Following on from the public concern caused by the Rotherham child abuse case, in September 2014 PCC Mulligan very properly ordered a review of the ability of North Yorkshire Police to undergo a thematic in depth ‘health check’ into its practices and procedures relating to Child Sexual Exploitation, to ensure nothing like the Rotherham scandal could occur in North Yorkshire. Full press release from the Office of the Police and Crime Commissioner here.

The report was issued by Detective Chief Superintendent Simon Mason on the 15th of October 2014 and published by PCC Mulligan shortly afterwards.  It can be read here. 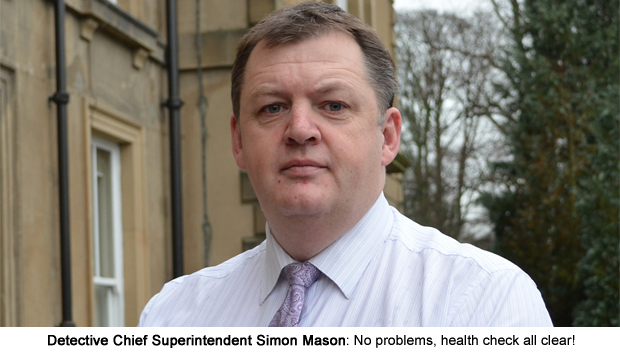 To quote PCC Mulligan’s comments on the report:

To quote Detective Chief Superintendent Mason in the report:

“Operationally NYP works to a nationally recognised method of gathering, accessing, developing and acting upon information and intelligence called the National Intelligence Model (NIM). NIM processes are such that they create a series of well established daily, fortnightly and monthly operational meetings. All key managers attend and through analysis of current intelligence and information are informed of dynamic events that effect the operational plans and priorities set by senior police commanders.  Regionally NYP form part of the Yorkshire and the Humber (YaTH) force CSE sub group. That group meets quarterly with Intelligence and PVP managers to discuss and share best practice and understand cross border issues from a regional perspective”.

At the same time as the report was being issued, according to a Judge’s remarks in July 2014 and the police officers that were working in the North Yorkshire Police PVP Unit, it was in fact a shambles.

I have raised concerns in the columns of Real Whitby and the North Yorks Enquirer about the evident inability of North Yorkshire Police to investigate sexual offences and the abuse vulnerable people for some time. This has covered amongst other things:

Until NYP was forced to act by revelations to the BBC from the North Yorks Enquirer team.

It appears that according to the evidence of police officers from the PVP Unit and the remarks of a judge, the concerns raised in the North Yorks Enquirer and Real Whitby were entirely valid. Although it is nice to be vindicated, on this occasion it give me no pleasure. My overwhelming feeling is of sadness. The key question is how many other cases have failed or been compromised by this failure of leadership in the PVP unit, that has been acquiesced to for some time by North Yorkshire Police.

This follows on from the collapse in August 2016 of an investigation into sexual offences at Ampleforth school in which it has been alleged that:

Despite PCC Mulligan’s positive sound bites, the PVP unit was obviously a disaster waiting to happen. Worse, the Ampleforth investigation leads me to believe nothing has changed. This is a catastrophic failure for PCC Mulligan. She ordered a health check which gave the PVP unit a clean bill of health She accepted this without question when in fact it was obvious that there were serious long term issues in it, which were not addressed. So far as we can tell has taken no action over this investigative failure. She has been shown to be incapable of exercising oversight over the force she is supposed to be responsible for, or of holding the Chief Constable to account. I have never read of PCC Mulligan ever making any negative remark about the performance of North Yorkshire Police, or taking action to demand or force improvement. She appears to be completely ineffective and failed to deal with an obvious ongoing policing failure in the PVP Unit. 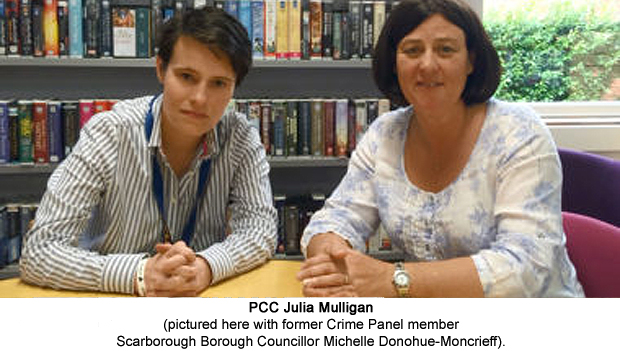 Returning to the opening theme of this article, I felt sorry for DC Lane and his colleagues because he was set up for failure by being placed in charge of investigations he did not have the experience to manage properly. He had only been a detective for two years before being put in charge of harrowing and complex sexual offences investigations. Investigations that should not have been allocated to him by the officer commanding the PVP Unit. The officer commanding the unit bears command responsibility for the failings of the PVP generally and personal responsibility for the failure to supervise DC Lane. Yet nevertheless, no misconduct hearing has been initiated against this officer, no senior officer has resigned, only an inexperienced junior officer has faced disciplinary action.

In particular, DC Lane and his colleagues all raised issues with under manning and lack of experience or training with their superiors and were ignored.  Had their concerns been listened to and the PVP reformed, this would not have happened. This is indicative of a leadership that is arrogant, incapable of accepting constructive criticism or concerns, not interested in service to the public, or the views of their subordinates. It appears that North Yorkshire Police is more interested in siphoning off police funds to pay for Chief Officers expenses, than it is in protecting the vulnerable in our society (PCC Mulligan’s top policing priority).

We should not forget that the truth has only come out due to:

Even then, the mainstream press quoted above only gave the case minimum coverage.  It took the more focused and specialist type of forensic investigative journalism practised by citizen-journalists to bring out the wider ramifications of this case.

On the 28th of November 2016 I forwarded a copy of this article to PCC Mulligan for comment and to ascertain what she intends to do about reforming the PVP Unit and holding North Yorkshire Police to account.

Please see below an article I intend to run shortly.  As you can see it is highly critical of your failure to ensure that the NYP PVP Unit is fit for purpose.  I would like to give you the opportunity of commenting and will wait twenty four hours before sending the article off for publication, so you have time to comment.  I would also invite comment from North Yorkshire Police should they wish to respond.

Finally, please can you confirm the full remit of the PVP Unit, which I believe is sexual offences against all persons and also offences committed against the young, elderly and mentally ill.

I trust this is satisfactory and thank you in anticipation of a comprehensive response.

My letter was promptly and courteously acknowledged and assurances given that Police and Crime Commissioner Mulligan would respond. Predictably no response was forthcoming

A subsequent reminder elicited this response from a member of Mrs Mulligan’s staff:

But that is all that I have received. This causes me even greater concern.

Quite apart from the fact that she has a duty to reassure the public she also has a duty to respond to correspondence and press comment.  When faced with irrefutable evidence that North Yorkshire Police is incapable of supporting her top policing priority, I had expected that Mrs Mulligan would respond with either a robust denial and correction, or a statement of what measures she had implemented to address these issues.

“Julia’s job is to represent the public and to ensure your views are heard and reflected as decisions are made and priorities set.”

Correspondence is also a way to contact Julia about policing policy and priorities, but apparently that doesn’t work because Julia simply ignores inconvenient correspondence and evidence.  However, not to worry.”

According to an article on the website, on the 28th of November “Police and Crime Commissioner Julia Mulligan joined young people at new horticultural activity paid for by her Community Fund”.

Good to see the Police and Crime Commissioner for North Yorkshire has her priorities right.

Should I receive a response, I will of course publish it.