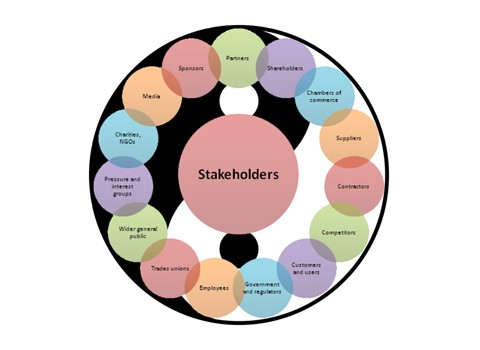 A Letter to the Editor from Richard INESON, reporting on his area of special interest – Stakeholders Steering Groups.

I first became interested in Local Government in Whitby about three years ago, when my neighbour, Nigel Ward had, to my mind, a very clever idea, which involved organising an International Film Festival in the town, utilising existing venues and  proposing that the event would be funded by various sponsors from many of whom he had already secured pledges for the provision of prize money etc.

The sorry saga of this initiative, which eventually, came to nothing, as a result of various officers of Scarborough Borough Council placing insurmountable obstacles in the way of Nigel and his team of volunteers, prompted me to commence looking at various aspects of how democracy works in Whitby.

I approached my investigation with an open mind, believing that although we all know that manipulation of the democratic process to serve the ends of certain individuals or certain organisations is a commonplace occurrence, it is not the norm, and local government is generally run by public-spirited individuals who are driven by the principles of altruism.

Unfortunately, I have to say that I was naïve in my beliefs.

One of the most alarming things that I discovered, was the existence of what are known as STAKEHOLDERS’ STEERING GROUPS. The memberships of these anonymous bodies, are selected by certain Councillors, the meetings are held in secret  in most cases, minutes of the meetings are not kept or published, and the decisions of these anonymous, unelected, unmandated and unaccountable groups are then taken to the various Committees of the various Councils and rubber stamped as if these decisions had been made by the elected representatives of the people.

My first personal experience of such a group was as a result of being invited to join the STAKEHOLDERS’ STEERING GROUP which was  formed to try to resolve the long standing problem of the abuse of upper Church Street by heavy commercial vehicles.

Cllr. Jane Kenyon was asked, presumably by the management of the NYCC Highways Department, to appoint someone who would appoint the membership of this group, this person was Cllr. Dorothy Clegg, a strange choice in my mind, as the control of traffic is a County Council matter and Cllr. Clegg is not a County Councillor.

Here is the sequence of events which surrounded this particular STAKEHOLDERS’ STEERING GROUP:

The decision to delegate all decisions about the traffic problems on upper Church Street to a STAKEHOLDERS’ STEERING GROUP was made in June 2007.

The membership of the SSG, which was chosen by Cllrs. Kenyon and Clegg, was not a representative cross-section of the inhabitants/business-owners of Upper Church Street; all of the members had business interests elsewhere in Whitby and no residents of upper Church Street were included on the SSG, or in its discussions/consultations.

I was invited to join the group in October 2007, but not given any information as regards meetings until January, 2008 when David Bowe (Director of the Highways Department, NYCC) told me that the first meeting of the group would take place in that month.

I did not get invited to attend a meeting of the SSG until April 2008, where I was amazed to find that the SSG had been holding meetings since November, 2007 and that all of the discussions/meetings with various interested parties had already taken place, in fact the meeting to which I was invited, was supposed to be the last meeting of the group!

When I asked to see the minutes of the previous meetings, Nick West (NYCC Highways Manager Area 3) said, “We don’t do minutes”. Because no minutes of the meetings had been kept, it is impossible to establish who had attended the meetings and what had been discussed, and consequently how any decisions had been arrived at.

Later, the Highways Department claimed, quite falsely, that I had been invited to all of the meetings including those which I, and even David Bowe knew nothing about, they also claimed that the members of this SSG had included Robert Goodwill M.P., the then Chief Constable Grahame Maxwell and a ‘Consulting Engineer’ whose identity we have never been able to discover.

Moving on to yet another Stakeholder Steering Group, or rather three; these were the groups who decided on the parking arrangements connected with the long awaited Whitby Park and Ride scheme.

Cllr. Kenyon  chose the membership of SSG1 and she also chose the Chairs of SSG2 and SSG3.

SSG 3. East Side and Church Street, consisted of

The Whitby Traffic Partnership Chair (again, Cllr. Kenyon) in conjunction with Cllr. Joe Plant, recommended the SSG make up , the individual Chairs recommended the resident’s representatives, which in the case of SSG 3 was Mr. Nobody.

All three SSGs were supported by SBC and NYCC officers.

The members of Whitby and District Tourist Association were sent a questionnaire asking how many on street parking spaces they required; 110 members replied saying that they needed 700 spaces.

The entire east side of Whitby, excluding Helredale and the Ropery, an area which contains over 400 buildings and has the highest density of housing, holiday cottages and pubs, shops and cafes, coupled with the smallest number of on street car parking spaces, has been allocated 63 car parking spaces – those outside The Fleece on Church Street, a fact which Cllr. Clegg discussed with me during the so called public ‘consultation’ (which, incidentally changed nothing) about the scheme, which was held at The Coliseum.

Some say that the membership of the STAKEHOLDERS’ STEERING GROUPS in this case, was weighted too far towards favouring the tourist/commercial sector, but I couldn’t possibly comment.

Councillor Niall Carson has directed me to you in connection with the above, I wonder if you could give me the details of the membership of the Whitby Traffic Partnership please? Are there  any minutes of the meeting of the Partnership available for perusal either on line or in another medium.

I am working my way through the various working groups/focus groups/stakeholder steering groups etc. with a view to getting a sound overview of local democracy in Whitby and would appreciate any assistance you could give me in achieving this aim.

If you contact Nick West’s office they have both the list of partner representatives and the notes/minutes from the meetings.

I refer to your request for details of the membership of the Whitby Traffic Partnership.

Although I cannot provide you with names of individuals due to Data Protection Legislation, I can advise of the organisations represented at the meetings. These are as follows;

Please note, some of the above have been represented since the Partnership was established in 2003 but some just attended later meetings.

The minutes contain the names of the representatives and again, due to Data Protection, these names would have to be redacted. As I am sure you will appreciate, this would take a considerable amount of time and I do not have the staff resources available to do it.

However, all the recent Whitby Traffic Partnership agendas are in electronic form and these could be provided more readily with names redacted if this is any help to you.

To which I replied:-

Can you tell me under what legislation, anonymous groups of people, organisations, associations etc. such as the ones listed by you in connection with the Whitby Traffic Partnership, are authorised to speak on behalf of the electorate?

As many millions of pounds of public finance is involved, particularly in relation to the proposed Park and Ride scheme, how is it that the names of the people making recommendations as to how such a scheme is organised/financed/progressed etc. can remain undisclosed to the electorate who are providing the finance?

I do not think that,with particular reference to representatives of the residents, of which I am one, that the names of the members of these groups can be withheld.

Can you also tell me of the official titles of all of the Whitby Residents Association (various) please?

I then wrote to Cllr. Kenyon, who had already assured me that Mr. West would be able to provide the names of the members and the minutes of the meetings (see above) as follows:-

I copy below the answer I received from Mr. West, and the reply which I have sent to him in response; I cannot understand the need for such secrecy which just engenders suspicion of our Councils and their members, NYCC is not alone in this prevarication and obfuscation, SBC are equally at fault.

The answer and the reply referred to in the preceding email are those immediately above the paragraph beginning “I then wrote to Cllr. Kenyon,”

I then received the following amazing reply from Cllr. Kenyon:

Mr West is quite right that he cannot give names of the representatives of the individual organisations as they are data protected. The traffic partnership is just that – not a formal committee and works collectively looking at various traffic matters. It has existed for very many years in this form and has done a great deal of work with the Highways Department to address traffic issues in and around the Whitby area. It is a multi-agency approach to inform officers by discussion with representatives of major organisations in and around Whitby.

I have nothing further to add to the information which Mr West has supplied.

Amazing, in that, in a previous email, Cllr. Kenyon had clearly told me that Nick West would provide me with the names of the members of the Whitby Traffic Partnership, and also the minutes of the meetings, and then, in her next email, a complete about turn.

As to “I have nothing further to add to the information which Mr.West has supplied” this information, of course, was merely a list of various pressure groups; but, nevertheless, I was interested in one entry – RESIDENTS ASSOCIATIONS (VARIOUS), as I was curious to see if I and the rest of the residents of the east side of Whitby had any representation on this anonymous, unelected, unmandated, and unaccountable group of individuals.

Sadly, Mr. West, even when pressed, was unable to tell me who these RESIDENTS ASSOCIATIONS (VARIOUS) were.