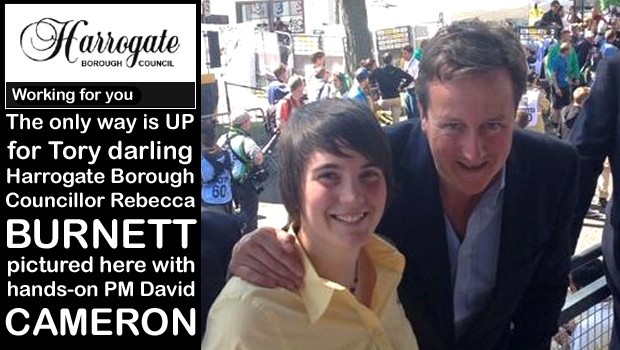 A Letter to the Editor from David SIMISTER, of Harrogate, on the subject of Tory ‘golden girl’ Rebecca BURNETT’ s appointment to the Cabinet Portfolio for Sustainable Transport at Harrogate & Knaresborough Borough Council. 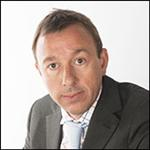 This is the second occasion upon which David has written to the North Yorks Enquirer expressing  concerns in regard to corruption.

The North Yorks Enquirer will be scrutinising Harrogate & Knaresborough Borough Council in considerable depth during the run-up to the 7th May 2015 elections.

Harrogate Borough Council Leader Richard Cooper trumpets the appointment of Councillor Rebecca Burnett to the newly-established Cabinet position of Sustainable Transport Portfolio Holder, when transport is the remit of North Yorkshire County Council, and when the Council is seeking to slash £1.2 million pounds off next year’s budget.

In contrast, UKIP County Councillor Sam Cross and myself are campaigning to cut Councillors’ Allowances and are pushing for the creation of a “unitary authority”, which would save millions of pounds of tax-payers funds each and every year. This surplus could be put into protecting front-line services such as rural transport, education and care for the elderly.

It is cited that Councillor Burnett is amply qualified to hold this new Cabinet post because she rides a bicycle? It neglects to mention another major qualification, that of working for Councillor Cooper in the office of Conservative MP Andrew Jones.

Jobs for the boys? Yes, of course it is.