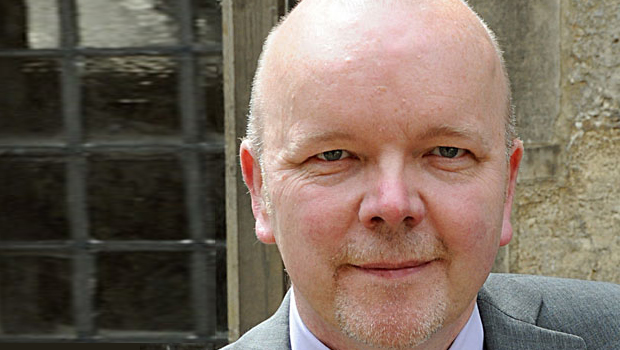 In my most recent dispatch on the subject of Hawsker C of E Primary School, such facts as were available were vague. Inevitably, this has led to a great deal of speculation, not only by parents of children currently attending the school, but also parents of former pupils and by past and present members of staff.

In an effort to establish that, at least, proper Safeguarding procedures were in place, I wrote to NYCC’s  Corporate Director: Children & Young Peoples’ Services Mr Pete DWYER iasking the following public interest questions:.

I hope readers will agree that, in the light of some of the shocking rumours in wide circulation at that time (3rd January 2017), these three questions were reasonable, proportionate and appropriate.

Mr DWYER’s response, on 11th January 2017, was evasive in the extreme:

Thank you for your communication of the 3 January 2017.  I can reassure that processes are underway to look into leadership concerns which have been identified at the school. As you are aware the headteacher is absent from school and we have encouraged the Chair of Governors to ensure that parents are kept as up to date as possible. I am pleased that she wrote to parents last week and was able to reassure them about the quality of the interim arrangements which have been put into place.

I am sure you will also understand the confidential nature of investigations of employment matters which  necessarily restricts the content of communication. In essence the school’s governors are responding appropriately to concerns which have been raised and will seek in the interests of the school to resolve matters asap.

I do indeed understand “the confidential nature of investigations” – all too well. But I did not understand why Mr DWYER found himself incapable of answering my three fundamental questions in such a way as to provide reassurance to all concerned.

So I responded to Mr DWYER immediately, pressing him for transparency

Thank you for your somewhat belated response.

Whilst I am gratified to learn that “processes are underway to look into leadership concerns which have been identified at the school”, I am not reassured that the authorities are responding to the concerns expressed to me by parents who feel that they are being kept in the dark.

It is also gratifying to know that you are glad that the Chair of Governors has written to parents “to reassure them about the quality of the interim arrangements which have been put into place”. These have been widely rubbished. The Chair has ignored my correspondence and will no doubt continue to do so.

I am not aware that any assurances of any kind have been extended to parents of former pupils attending the school throughout the extent of the Headteacher’s current appointment.

Please could you confirm that they are being properly informed? Thank you.

I note, with disappointment, that you have chosen to avoid answering my three most reasonable public interest requests for information.

Ergo, I must repeat:

1) May I respectfully enquire as to whether or not the conduct of the Headteacher of the above-mentioned school has been reported to the National College of Teaching & Learning?
2) May I also enquire whether or not OfSTED has been informed?
3) And the North Yorkshire Police?

So that is a total of four questions now awaiting a transparent and comprehensive response. Since all four are susceptible to a Yes/No step-function response, it escapes me why you continue to adhere to a policy of blanket evasion. Could you explain that for me, please? Thank you.

I must insist that you respond to my four public interest questions.

Finally, you should be aware that I have been approached by parents, parents of former pupils (who are surely entitled to know whether or not their children have been ‘at risk’, or worse, whilst attending the school), staff, former staff and former NYCC personnel. These approaches include serious allegations. I think it unlikely that they will go away.

I do recognise that not all allegations are founded in truth. A recent (and as yet unpublicised) case springs readily to mind. It may be that the present allegations fall into that same category; I would not know.

But I also recognise that some allegations are founded in truth, with embarrassing consequences for many within the education sector. This is why I am disappointed that you are unwilling to answer my public interest questions in regard to reporting the Hawsker Primary School Headteacher allegations to the three appropriate institutions named above.

To state that “the headteacher is absent from school” is evasive in high degree. Is he on holiday? Sick? Suspended? Resigned? Fled the scene? Dead? Since none of these has a material bearing, from the perspective of the allegants, on any investigation, surely a transparent statement is necessary and overdue. Are you conducting an investigation? If not you, then who? What are the allegations?

Finally, your assurance that the School Governors “will seek in the interests of the school to resolve matters asap” is surely an empty vessel, considering that concerns were being monitored by NYCC from early in the Headteacher’s appointment. I challenge you to deny that fact.

I trust that you will respond to my questions before close-of-play (5:00pm) on Friday 13th January 2017 with an unequivocal indication such as will satisfy the public right to know, thereby deterring unjustified criticism. I appeal to your integrity . . .

Thank you for your message. The Church of England takes safeguarding very seriously – and any complaints are investigated in full.

I would refer you to the statement issued by the Diocese of York on 4 January 2017 that:

Thank you for bringing this to my attention

The Archbishop of York

Then, on 16th January 2016, I received the following acknowledgement to my email from Ms Marion SADLER, Mr DWYER’s Business Support Manager:

This is to formally acknowledge receipt of your email on behalf of Mr Dwyer. A response will be sent to you in due course.

Naturally, I thanked Ms SADLER. But then a week went by with no further developments. I was beginning to think that Pete DWYER had run away to sea.

But I can now report that I have been provided with answers to my questions, albeit not by Pete DWYER, and not the most satisfactory answers:

My apologies for the delay in responding to your email of 11 January. Please now find below a response to the questions you raised:

Such action would only be considered at the conclusion of any investigation.

Such action would not be expected until the conclusion of any investigation.

North Yorkshire Police have been informed.

4) I am not aware that any assurances of any kind have been extended to parents of former pupils attending the school throughout the extent of the Headteacher’s current appointment.

At this stage there is nothing to suggest the need to keep parents of children who have left the school directly informed.

I hope you find this clarification this helpful.

In plain language, NYCC is continuing to keep matters “in house”.

However, one further development is worthy of mention. It would appear that, in confirmation of news circulating in Whitby yesterday, Pete DWYER has chosen the present time to take his retirement.

In the absence of further information, it would be pointless and counter-productive to speculate on the reasons for Mr DWYER’s decision. There is no reason to believe that it is in any way connected with the Hawsker secrecy, since serious Safeguarding concerns regarding bullying, self-harming and rape are under investigation at other schools in the North Yorkshire LEA area.

Thank you for your email of yesterday’s date. My apologies for the delay in responding to your email of 11 and 16 January. A response was cleared by Mr Dwyer on Friday but unfortunately I was then involved in various meetings so did not have time to send. I will send the response to you separately.

With regard to your specific question below, I can confirm that Mr Dwyer made an announcement yesterday of his intention to retire later in the summer. The announcement, some six months in advance of retirement, is required to ensure there is sufficient time to recruit a successor to his role.

I hope this provides the clarification you requested. I will send Mr Dwyer’s response to your earlier communications separately.

There is, of course, a significant pecuniary distinction between ‘retirement’ and ‘resignation’.

For the moment, we can only wish Mr DWYER a long, healthy and happy future.

The Chair of the Board of Governors of Hawsker-cum-Stainsacre C of E Primary School, Dr Andrea DICKINSON-BACK, is continuing to ignore correspondence.