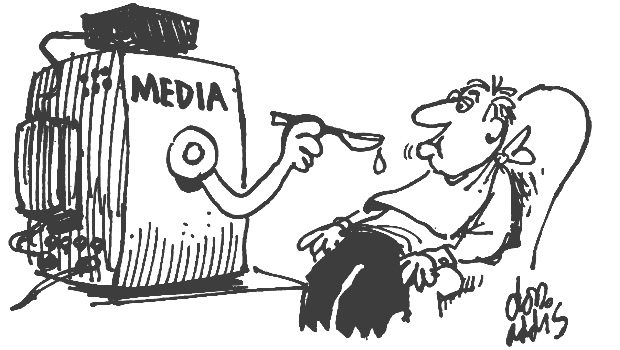 A Letter to the Editor from TIM HICKS, who writes to point out some telling anomalies in the media statements provided by the various public bodies guarding the deepening mystery surrounding the suspension of Mr CARL HARDWICK, Headteacher of Hawsker Primary School.

Regrettably, the local and regional news organisations appear all too ready to swallow (and regurgitate) statements issued by the Media Offices of the relevant authorities – without question or criticism.

I write with a follow up to my article on the suspension of the Headteacher of Hawsker-cum-Stainsacre Church of England Primary School, below:

On the topic of the media strategy that has been followed by the various organisations involved, or not involved, in the case, according to what view you take:

In the above article, I published a quote from the Church of England Diocese of York dated 4 January 2017, as follows:

There is no allegation of sexual abuse against Mr Hardwick”.

Subsequently the Diocese of York provided a fuller statement to your correspondent, which was published in his article on the 24th of January as follows:

On the 13th of January 2017, and quite separately, the Diocese of York provided the following statement to your correspondent, which was published in Nigel Ward’s article on the 24th of January 2017 as follows:

“Thank you for your message. The Church of England takes safeguarding very seriously – and any complaints are investigated in full.

I would refer you to the statement issued by the Diocese of York on 4 January 2017 that:

There is no allegation of physical or sexual abuse made against Mr Hardwick.

Thank you for bringing this to my attention.

The Archbishop of York”

Contrary to what his Grace states in the above quote, this is not the same press release as I was given for publication on the 4th of January 2017.

The addition of the two words “physical or” (my highlighting above) confirms that there are no allegations of physical abuse against Mr Hardwick – confirmation that was omitted from the press release dated 4th of January 2017 provided to me, and which should have been included.

Following correspondence between myself and Acting Assistant Chief Constable Amanda Oliver alerting NYP to the situation at Hawsker-cum-Stainsacre Church of England Primary School, I received an e mail from North Yorkshire Police stating:

“Please be advised that your letter has been forwarded through A/ACC Oliver’s Staff Officer in order for enquiries to be made. Once enquiries have taken place a further letter will be sent to you.”

“In response to your emails of the 2nd and 4th January 2017, we can neither confirm nor deny that any such allegations as you have detailed in your email dated 2nd  January 2017 have either been made or whether there are any ongoing investigations.

With regards to your request for a press statement in your email dated 4th January 2017, we cannot comment on any alleged suspension as any such action would be an internal matter for the school concerned.

Thank you for your contact and please be reassured that North Yorkshire Police take any allegations of any form of abuse seriously.”

Without wishing to state the obvious, if North Yorkshire Police could neither confirm nor deny if there are any ongoing investigations, it should not have issued a statement that police enquiries were underway.

The question should also be asked, why did NYP not ask for the article to be amended before it was published?

North Yorkshire County Council Press Office were asked for a comment but ignored my request.

Further, although this matter started with the suspension of the Headteacher in September 2016, NYCC have not issued any press statement at all. Worse, it withheld information from parents until the 4th of January 2017, when a vague letter was issued, obviously in response to the NYE’s exclusive article by Nigel Ward on the 1st of January 2017, which first brought the matter into the public domain.

All three organisations employ Professional Spokespersons to manage the media comment on these situations.  Yet all three have failed to provide satisfactory information. Worse, NYCC and the Church of England failed to provide parents with any information or any public comment. Neither organisation notified the police although according to Church of England Policy they should have done. In short, a blanket of secrecy was initially thrown over an important story of importance locally

This is media manipulation. Only the intervention of the NYE forced NYCC to issue a comment to parents.

This illustrates the importance of having independent investigative journalists as part of a free press commenting on local issues.