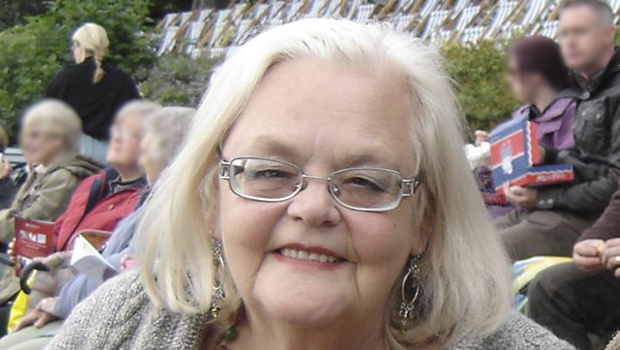 At a time when the calibre of incumbent Scarborough Borough Councillors has reached such a low ebb, and Leader Councillor Derek BASTIMAN [Con.] has been scraping the bottom of the Conservative barrel to fill his Portfolio positions, I admit to a degree of curiosity as to just who the Conservatives would find themselves able to support, albeit unofficially, as a candidate for the Filey Town Council by-election.

Independent candidate Samantha Albertine SLINGER-BEEVERS is unkown to me. A local woman, she carries the advantages and disadvantages of relative youth and is known for her work with the Royal Voluntary Service.

I have enjoyed a number of ‘previews’ of Mrs Christine RODERICK (pictured, top) when she has addressed Filey Town Council in incisive but unusually abrasive style, exceeding by far the three minutes allocated to members of the public who embrace the opportunity to speak during the Council’s Public Participation session.

A succession of Mayors have exercised considerable restraint in their ‘management’ of Mrs RODERICK’s forthright contributions to meetings.

Nevertheless, it has been clear from Mrs RODERICK’s remarks that she has accumulated some considerable experience of Council procedures at Town/Parish level.

Mrs RODERICK is not the easiest candidate to research. Her presence on Facebook and Twitter offers little in the way of political background.

But her performance as Chair of Ravenfield Parish Council was exceptional enough to merit a mention by Sir Anthony HOLLAND and Mr David PRINCE, respectively the Chair and the CEO writing in the Standards Board for England Review for the Fiscal Year 2005/06.

Electors are surely entitled to know that the reference to Mrs Christine RODERICK (on Page 10) does not make attractive reading.

Mrs Christine RODERICK’s four year disqualification from 2005 has, of course, long expired – so she is perfectly entitled to stand for election.

However, the prospect of an undeclared Tory Councillor willing to go beyond authority to the tune of over £50K, whilst preventing other Councillors from scrutinising the Council’s financial records, would not appeal to me if I were a member of the Filey electorate.