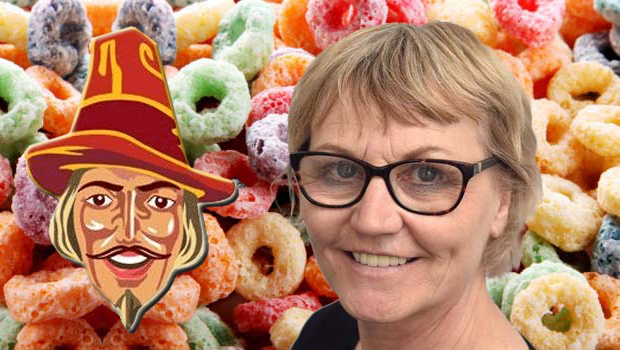 A Letter to the Editor from BRIAN PATTERSON of Skelmersdale, who has pounced on a serendipitous opportunity to nail a good point to the ground – or should we say glue it to the tarmac?

As a lifelong visitor to Scarborough and the surrounding area I have long taken a keen interest in the administration of the Borough.

I must congratulate you and your team on producing the most in depth, fully evidenced and deeply insightful coverage of your local authority’s shocking behaviour. By contrast, the local papers seem to be heavily biased in favour of the council and, more often than not, seem to reproduce council press statements pretty much word for word.

After reading your report on yesterday’s council meeting, with its references both to Mr. Fawkes and to Labour councillor Theresa Norton, I chanced upon an internet article that linked the two.

Please draw your readers’ attention to this report on the Guido Fawkes website. 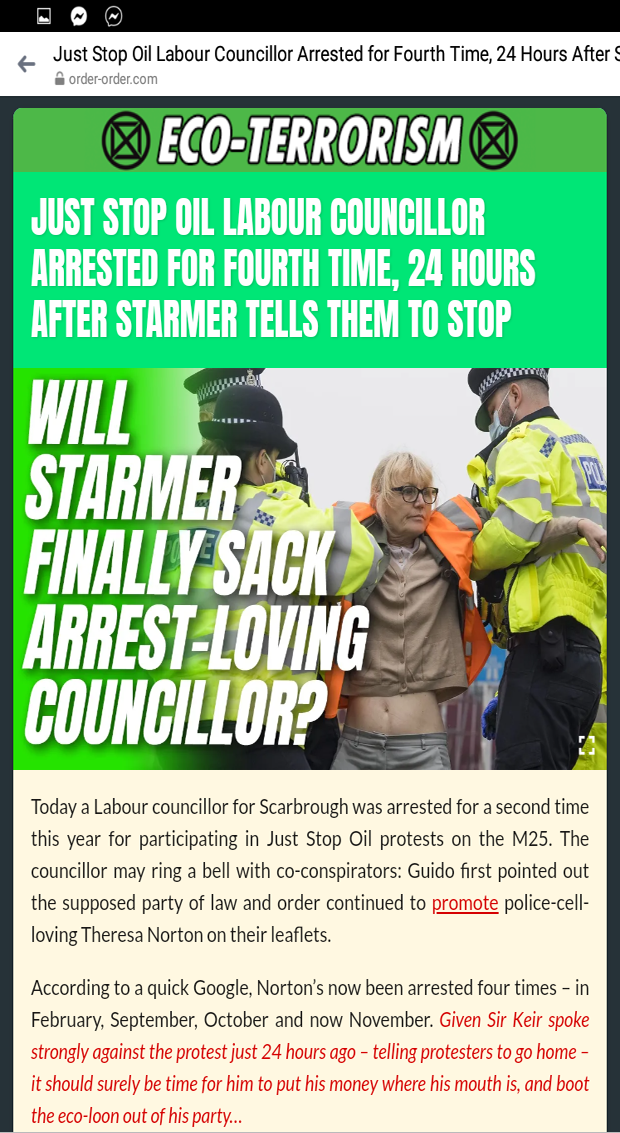 I’m not a fan of Mr Starmer. (Nor of Mr Sunak). But I do think Sir Keir would do well to pick up the phone to Mr. Siddons and guide him gently into the real world. It is pretty obvious that Mr. Siddons dare not cut previously gaoled Ms. Norton loose, for fear of a fourth vote of no confidence where every last vote in his favour may still not be enough to prevent his dismissal. The price he pays for Norton’s vote is the undermining of his own tattered remnants of credibility. He might be better off without her.

That said, the rest of the Borough might be better off without him. That’s my opinion, anway. How many councillors would now agree?

You have reported that there will be only four more meetings of the full council. Personally, I would not rule out an extraodinary meeting. A vote of no confidence before or shortly after Christmas might just do the trick. I wish you a happy new year.