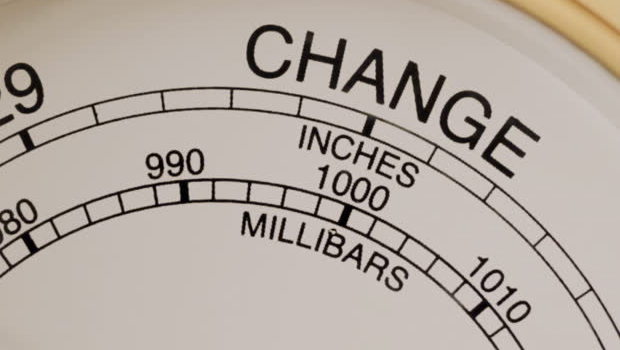 A Letter to the Editor from Bob ROBERTS, of Scarborough, giving voice to the concerns of many residents throughout the Borough of Scarborough.

Politics globally, nationally and now, it would seem, even at a local level, are turning what was always assumed to be the norm in politics totally on its head.

Obviously, both the US elections and the BREXIT vote spring to mind and it is easy to see why the populist vote appears to want to overcome the political establishments who, for far too long, have thought that things would never change and the that voting populace would never overturn the status quo.

“Populist politics”, as it has become known, is now emerging at a local level, with the electorate voting to demonstrate that they hold a significant lack of confidence in the SBC Council Leader Derek Bastiman’s (along with his chosen Cabinet’s) capabilities to manage our Council effectively – and simultaneously lack of ability to demonstrate openness and transparency, as well as a significant lack of what should be good, accountable governance.

Frustration is now being demonstrated in a way and to a degree we have never been seen before in the Borough.

So what is the problem that we have here in local government in Scarborough – at what should be the most basic level of government?

Undoubtedly the catalyst for this what one might call “the Scarborough Spring” (mimicking the “Arab Spring” of a few years ago) has been what is regarded by many of the electorate (and beyond) as the Futurist debacle and what is perceived, by many, to be the poor decision to allocate finances to demolish the Futurist, seemingly with money the Council does not have in the first place and is having to borrow.

This is accompanied by a strong belief that if a developer wants the site, then they should pay for the demolition and everything that goes with it – including the  compensatory issues to nearby residents that go with demolition.

Consequently, many believe that the present style of leadership demonstrated by Councillor Bastiman and his Cabinet appears to be inconsistent with the expectations of the electorate in this borough of ours. It can therefore be  concluded, judging by the strength of opinion from the electorate, that they are correct in their belief. Now we have seen a disenfranchised and disillusioned Whitby Town Council express a Vote of NO CONFIDENCE then surely they, as an elected Council, cannot be written off as being simply vexatious for taking that forthright stance.

Nor can one disregard the opinions of nearly 2,400 people across the Borough who have also expressed serious concerns over how our town is run, how decisions are made in secrecy and without accountability, the apparent lack of openness and transparency and finally the inability to accept criticism and admit that far too often they are getting it wrong.

Some, in fact many, see the present style of leadership as being outright arrogant, with an unwillingness to take onboard whatever the electorate wants.

Perhaps Councillor Bastiman (along with his Cabinet) believes they are always correct and proper in the way they run and manage this Council. That’s certainly a contentious matter for debate and certainly the customer base of the Borough – i.e. us – believe otherwise.

Of course, the criticism of less-than-poor service should not be confined to the Cabinet. At the base of this pyramid of poor service, the real power lies with the Officers.

The Ben Marriott scandal, for instance, which could have, and still should have, seen a  higher level of independent scrutiny, springs to mind.

The Town Hall appears to be shifting the responsibility for their part in the latest parking fiasco to NYCC at County Hall.

A growing part of the population of the Scarborough Borough are now demanding change. It may well not happen soon, but it will certainly happen at the next local elections, when the voters will undoubtedly hold this Council to account for all the miscalculations, the poor decision making and the obnoxious arrogance, etc.

Of course, the problems we face are not limited to the Councillors but also to a limited number of Officers from various levels of management. But we cannot deselect the Officers, who seem to manipulate the system to their own advantage, ignoring established protocols and laws, instead of ensuring that the Borough is not only adequately managed, but managed well and in the best interests of the town.

Those Officers in medium-to-senior positions in all departments within the Council structure who work for us, if they are not prepared to ensure that the rules and protocols are followed, that laws are respected, they should also remember who it is that they are employed to serve. If they are not prepared to do that and only entered local government  because they weren’t good enough or were unwilling to take jobs in industry, then they also are not welcome here in OUR Council, and perhaps should consider working elsewhere, where their behaviour, poor judgment and lack of skills may be tolerated.

Of course, Councillor Bastiman has it in his grasp to mend this his broken reputation (and indeed that of the Council), by doing the honourable thing and resigning, thus allowing someone else who is able to listen and take onboard the views of the people of Scarborough Borough in all its towns and parishes to take the helm.

If it has to be a Conservative, then perhaps Councillor Andrew Backhouse could regarded by many as a first choice? He, at least, is able to express his views with a measure of eloquence and without the apparent arrogance exhibited by some.

With regard to Whitby, the issue in the main revolves around the Whitby Piers and the consequences of years of lack of maintenance and investment by SBC, falls within the “Fiefdom” of Councillor Cockerill, as Portfolio Holder for Ports and also Coastal Protection.

The leader of SBC, whoever that will be, could do well initially by replacing Councillor Cockerill, held in low regard across the Borough for his arrogance and inability to listen and engage with stakeholders. A better-qualified, less arrogant approach should be commenced, beginning a process of bringing both our ports, Whitby and Scarborough, into the 21st Century with modern facilities and a forward-looking maintenance program to make best use of the limited space available in both ports.

There may well be many who wish to shoot this messenger.  I’m only saying what a large proportion of the population of this Borough are thinking when the phrase “Scarborough Borough Council” is mentioned.