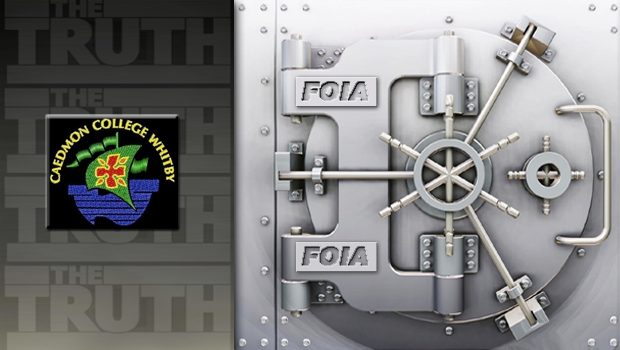 Further to my recent article “Caedmon FOIA Responses: Forked Tongues” (in which I queried the accuracy of responses provided by Caedmon College Whitby in relation to questions concerning Safeguarding incidents), another FOIA response from the same school is causing concern.

In response to an FOIA request by a member of the public for:

the following response was provided on behalf of the school by Mr Keith PRYTHERCH, the Principal:

And yet I am in receipt of a number of emails and Facebook Personal Messages from concerned parents confirming that their children have indeed been required to attend extra lessons/tuition. I have even been furnished with copies of timetables provided by the school featuring a separate column for ‘After school’ lessons/tuition. According to Mr PRYTHERCH’s response, that column should not exist:

I am told by a former teacher that these extra lessons/tuition are required of what is known as “borderline ‘C’/’D’ grade GCSE candidates” – the rationale being that schools have been known to seek to establish whether or not it is possible to elevate any given child’s individual exam performance to the point where a minimum ‘C’ pass grade can be anticipated with reasonable confidence – or whether it would be to the school’s greater advantage to discourage the child from taking the exam at all, thereby eliminating poorer results.

From the school’s perspective, a high proportion of pass grades in the range ‘A’ to ‘C’ enhances the school’s reputation – the fewer grade ‘D’ (or worse) results, the better – most especially at a time when all schools are motivated to make themselves as attractive as possible to potential Academy sponsors. ‘Reputation Management’, in the parlance.

I find this deeply disturbing for two reasons:

1) it suggests that the school is actively burdening students with extra work from which, admittedly, some “borderline ‘C’/’D’ grade GCSE candidates” may obtain personal benefit, in the former of higher grades – though others may be excluded from making an honest attempt at some exams – but the greater benefit is not to the students themselves but to the academic reputation of the school, despite the school having failed to have educated these students to the level of a pass grade in the range ‘A’ to ‘C’ during the course of the normal curricular education provided during the six periods into which each school day is divided.

2) it also suggests that CCW is seeking to be the very opposite of transparent by denying that this practice has taken place, though clear evidence from parents indicates that it does. It is difficult to believe that parents have fabricated their statements – or ‘forged’ timetables.

Consider all this in the wider context of CCW transparency in regard to the apparently contradictory FOIA responses highlighted in my previous article on this subject:

It is my understanding that the term ‘Safeguarding’ is an umbrella term that subsumes within it not only ‘bullying’ (both physical bullying and so-called ‘cyber-bullying’), but also ‘self-harming’, ‘sexual exploitation’, ‘drug-abuse’ and, indeed, any activity likely to have a harmful effect.

How can the total number of ‘bullying’ incidents exceed the overall number of Safeguarding incidents?

It is rather like stating that there are 29 animals on the farm, of which 189 are sheep. It does not compute.

The first of the two responses – FOI Reference 2016/09  – was a response to me. My personal impression is that Mr Keith PRYTHERCH was not enthusiastic about disclosing the totality of the Safeguarding issues – to me, of all people.

But Mr Keith PRYTHERCH not only has a Duty of Care to all of his students, he also has a statutory duty to respond truthfully to all Freedom of Information requests. The two responses quoted above have the appearance of being mutually contradictory – which is to say that at least one of them appears to be untrue.

Mr Keith PRYTHERCH owes the Whitby public a frank and honest explanation of these contradictory responses.

I have lodged an Appeal for Internal Review of my Freedom of Information request – and I have lodged a Formal Complaint against Mr Keith PRYTHERCH. The response – if ever I receive one – promises to be illuminating. One wonders, for example, which Governors will be delegated to serve on the Appeals Panel . . . and on what basis they are to be selected?