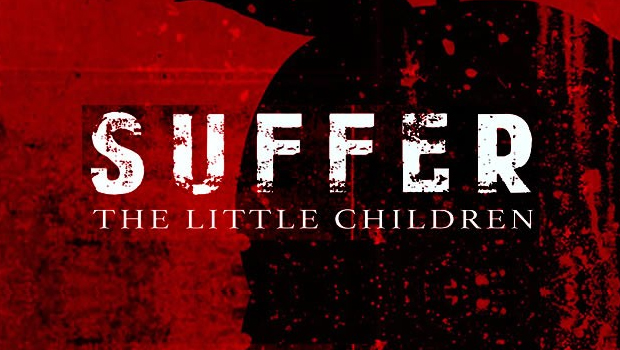 Having been authorised by a growing number of parents of children attending Caedmon College Whitby (CCW) to attempt to progress their dissatisfaction with the way their concerns regarding Safeguarding issues have been rebuffed, I have been in correspondence with a number of paid public servants who I hoped might intervene to protect children from a wide range of abuses.

I have written, at length, to the heads of the main bodies that hold responsibility for Safeguarding. I have explained that parents have turned to me precisely because they have been unable to achieve any progress through the school’s Complaints Procedure.

I certainly can vouch for the fact, from personal experience, that the school’s Complaints Procedure is utterly ineffectual. That is a bold statement and readers are entitled to know how I come to that opinion.

But first, let me refer readers to some recent articles:

Perhaps naïvely, I wrote expressing my concerns to three leading figures whose responsibility for Safeguarding I assumed included the authority to intervene on behalf of the parents/children who are being so badly let down by CCW and Children & Young People’s Services (CYPS) at the Local Education Authority (LEA), namely North Yorkshire County Council (NYCC):

Despite making it clear that local avenues of complaint had been exhausted with no satisfactory outcome, each of the three has passed the buck all the way back down the chain of command to those who have already failed the parents – Senior Management personnel at CCW.

The latest response from the Secretary of State, via Denise CLAVERY of the Ministerial & Public Communications Division of the DfE, states that :

“In order for the department to investigate individual cases, parents would need to provide full evidence that the procedure has been exhausted.”

I refer readers once more to my article Safeguarding: No Wrong Door? which demonstrates that it has been impossible to exhaust the procedure because of CCW Principal Mr Keith PRYTHERCH’s refusal to disclose “evidence that the procedure has been exhausted”, instead referring the parents to CYPS, who appear to know nothing about it and could suggest only that parents approach the school’s Board of Governors.

However, as stated above, the Chair of Governors, Mr Richard SIMPSON is ignoring correspondence from me, the parents’ authorised Complaint Friend. For the moment, then, the DfE is just another wrong door.

The latest in a long line of emails from OfSTED assures me that my concerns have been passed to the Complaints About Schools Team. That was on the 19th April 2016. No word since then. Perhaps they will take matters more seriously when a student attempts suicide.

When I first wrote to him, on 18th April 2016, I was encouraged by his same-day personal response:

Subject: Re: Acknowledgement from Ofsted

I should have guessed that by “Northallerton” he meant Pete DWYER, Corporate Director: Children & Young People’s Services – the man who sent ‘my’ parents back to the non-responsive Richard SIMPSON, CCW’s Chair of Governors. It rather looks as though Pete DWYER – who has ignored three well-spaced emails from me in my capacity as authorised Complaint Friend to a whole raft of dissatisfied parents, and is now the subject of an (unacknowledged) Formal Complaint himself – may have spoken with Nick FROST and ‘marked his card’ – “Don’t engage with Nigel; you’re likely to have your name plastered all over the internet”. Far be it from me to disappoint a man of Pete DWYER’s eminence. 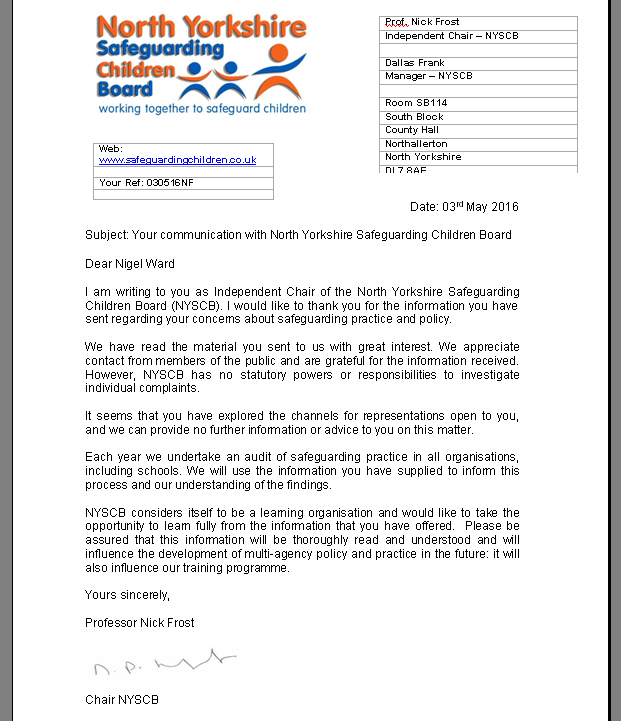 Let us take a moment to digest that.

The NYCSB has “no statutory powers to or responsibilities to investigate individual complaints”.

Furthermore, “It seems that you have explored the channels for representations open to you, and we can provide no further information or advice to you on this matter”.

So the NYSCB is apparently powerless to Safeguard children.

For what purpose, then, can it be said to be fit?

Ensuring, perhaps, that the CVs of the paid public servants who have so dismally failed vulnerable children remain blemish free?

Is the NYCSB in reality the North Yorkshire Careers Safeguarding Board? 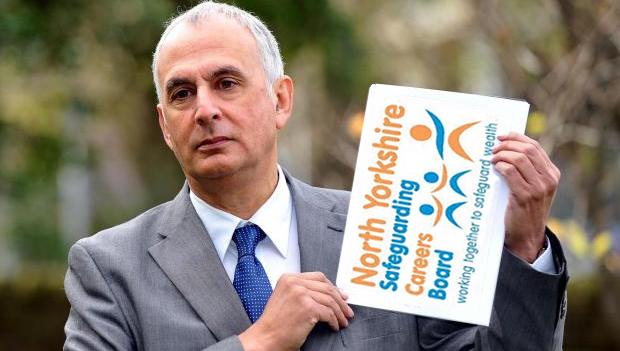 Parents who can obtain no satisfaction from CCW Principal Mr Keith PRYTHERCH would appear to have no avenue of redress open to them at all.

“No Wrong Door”? No right one!

DfE Secretary of State Nicky MORGAN (from an ‘unmonitored’ email account, preventing me from responding) has spun the revolving door:

“Local procedures must be followed”

Local procedures have been followed – though not always by the school.

“Information has been added to your complaint file”.

No enquiries have been made; no interviews, no statements taken.

NYSCB supremo Prof. Nick FROST is backing away from any active involvement:

“We can provide no further information or advice to you on this matter”.

No help of any kind to offer to vulnerable and suffering children.

CYPS Corporate Director Pete DWYER (who, lest we forget, is a member of the NYCS Board) is buck-passing:

“Write to the Chair of Governors”.

No help at all; not even an invitation to worried parents to come foward in confidence. Pete DWYER has ignored three requests for a meeting with the parents authorised representatitive.

Chair of CCW Governors Richard SIMPSON has clammed up and is ignoring correspondence – and thereby breaching the terms of his own school’s Complaints Procedure:

CCW Principal Keith PRYTHERCH is slamming the door on complainants and playing around with the stats.

A man in denial.

The whole cumbersome pyramid balances on the integrity of one man . . .

Children are being bullied.

Children are being sexually exploited.

Children are being coerced into drug-abuse.

And, quite naturally, parents are at their wits’ end – beside themselves with worry. Some have made the decision to move elsewhere in the country. Some lack the resources to do so. Some, in despair, have turned to me – but I am powerless to help because every body that I have approached has directed me back to the school – and the school remains non-responsive.

From Whitby to Westminster, not one of the “powers that be” with whom I have attempted to engage will take any responsibility for the Safeguarding of children.

Call me a cynic, but I am reminded of the spineless Councillors, Council Officers and social workers in Rotherham who spun the revolving door, trod water, backed away, passed the buck, clammed up and played around with the stats – while 1,400 young girls were systematically abused over 14 years.

I am reminded of the criminal evasion of responsibility by Police Officers at Hillsborough who spun the revolving door, trod water, backed away, passed the buck, clammed up and played around with the stats – while the families of 96 dead fans suffered smears and lies for 26 years.

I am reminded of the despicable Police and Council Officers in Scarborough who spun the revolving door, trod water, backed away, passed the buck, clammed up and played around with the stats – while Jimmy SAVILE and Peter JACONELLI systematically abused thousands of boys and girls over five decades.

You may not think so if it were your precious daughter or son who could find no relief, no accountability, no help with distress, fear and anxiety or other mental health issues . . .

Readers may already be aware that Secreatry of State Nicky MORGAN, succumbing to dissent from within her own party, has performed what will certainly be a very popular U-turn:

“Plans to force all of England’s schools to become academies are being abandoned in a government climbdown.

This was about the government listening, she said, adding ministers understood top schools should retain the choice on whether to convert.”

Everything is starting to go horribly wrong . . . even for the not-so-high-performing. 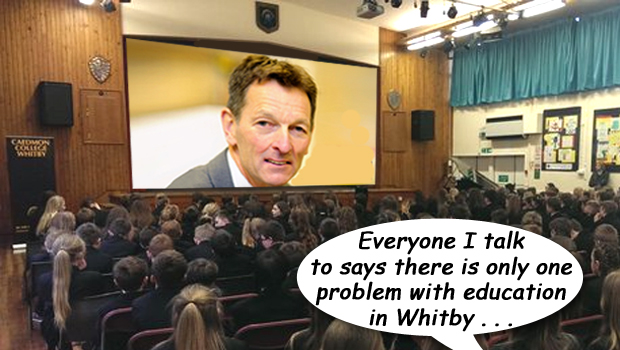