Further to my earlier articles on the very sensitive subject of Safeguarding in North Yorkshire schools, I am now able to report in greater detail on the true nature of the problem.

Following a lengthy “off the record” conversation with a chap I know near the top of the local government tree, I can now reveal that any child or young person in need of support in the County of North Yorkshire is assured of instant access to help because there is, in place for some years now, a system of inter-departmental/inter-agency liaison channels that ‘guarantees’ rapid response.

This system is called “No Wrong Door”.

The system kicks into action through an approach to any one of a whole raft of agencies, ranging from the school itself and NYCC’s Children & Young Peoples’ Services, through just about any other outfit you can name (and I would bet that nine readers out of ten cannot name the half of them).

I was much heartened by this news. At the conclusion of our conversation, my first task was to Google “No Wrong Door”. This is what came up: 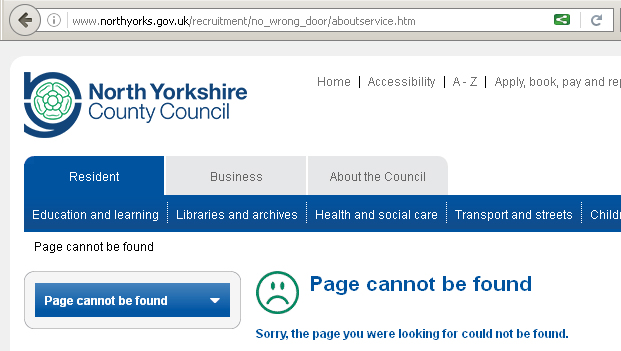 Not a great start. 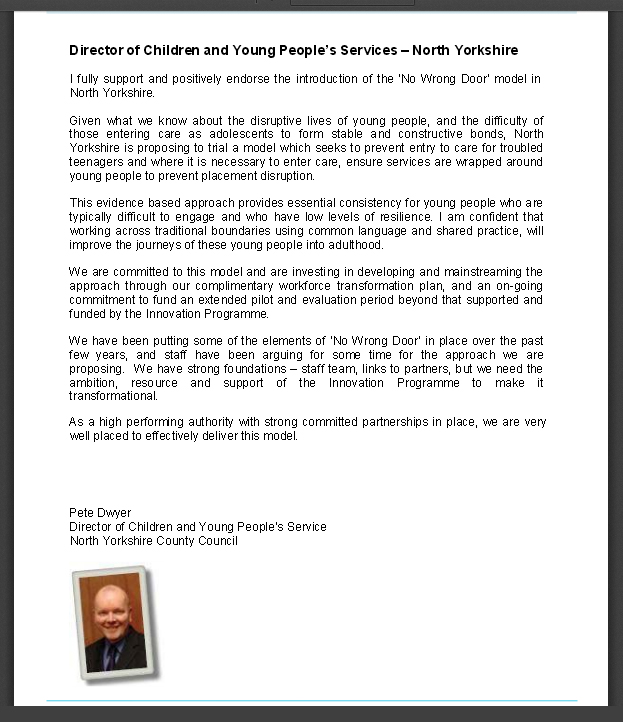 That is the sales pitch – “We are very well placed to effectively deliver…”.

Unfortunately, the reality is far different.

As the authorised Complaint Friend of an increasing number of parents whose experiences cover a range of Safeguarding concerns, I have been collating documentation, preparatory to submitting a report to the Department for Education (DfE) and to OfSTED.

What this collection of documents demonstrates is that, far from there being “No Wrong Door”, all too often there is NO RIGHT DOOR – and, where any open door at all can be found, it is invariably a revolving door. And it revolves very slowly indeed.

Let me offer an example.

Consider, first, the following letter from Caedmon College Whitby Principal Mr Keith PRYTHERCH to one student’s parents who have found it impossible to penetrate the Complaints Procedure of the school: 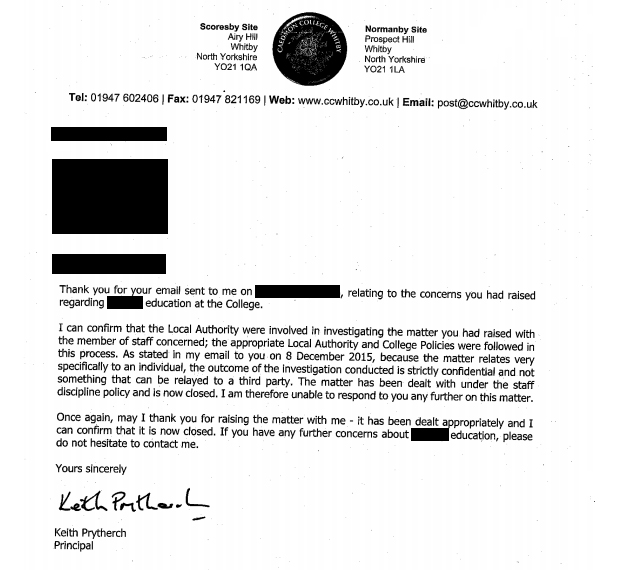 How much of this is true?

Four high-handed assertions – and not an open, honest and transparent one amongst them.

Most importantly, what the parents have not been told is what disciplinary or remedial measures have been taken and what steps have been taken to ensure no repetition of the events that gave rise to their complaint. They have achieved zero accountability.

“No Wrong Door”? A door slammed rudely in their faces would be nearer the mark.

However, armed with the ‘information’ provided by Mr Keith PRYTHERCH (that the Local Authority were involved in the investigation), the parents knew at least which door to try next.

They wrote to the Local Authority. 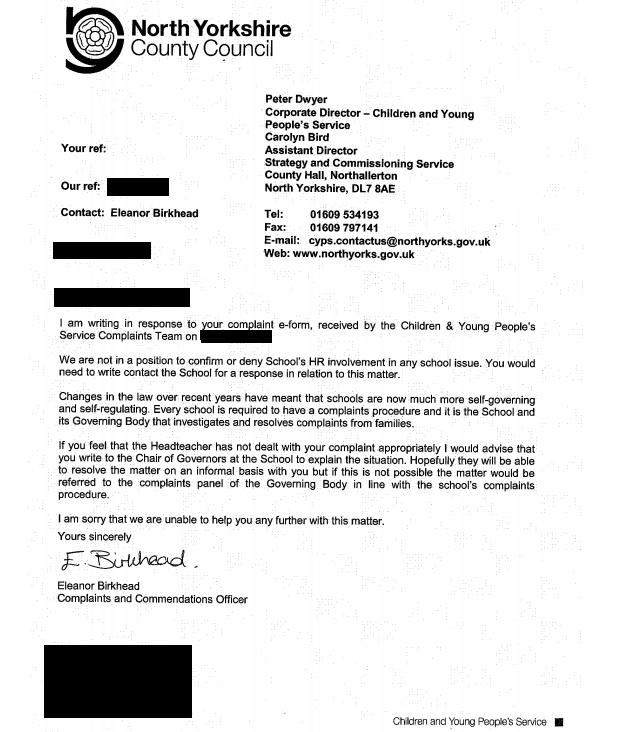 Ms Eleanor BIRKHEAD, on behalf of Pete DWYER (the head honcho at CYPS), has slammed the second door in the parents’ face with a vengeance – and packed them off back to the first door – the door of Mr Keith PRYTHERCH, Pete DWYER’s very close confrère, by stating:

The message that this revolving door delivers to complainants is that they can be sent around in circles indefinitely, or until such time as they recognise the futility of the process. One mother I know has been treading this circular path since 2011. Why? Because she believes that somebody should be held accountable for a monumental breach of duty of care that resulted in her daughter’s rape.

The “No Wrong Door” master-plan is fatally flawed. Its flaw is that it is only as good as the weakest link – a weakness of commitment to children’s Safeguarding on the part of one or another of the ‘gate-keepers’.

What is now emerging is that, on the Caedmon College Whitby scale of priorities, “reputation management” stands at the very top of the list – and Safeguarding is lost in the mists of obfuscation, prevarication and lies. CCW is not a school to which I would send any child or grandchild of mine – not under present management.