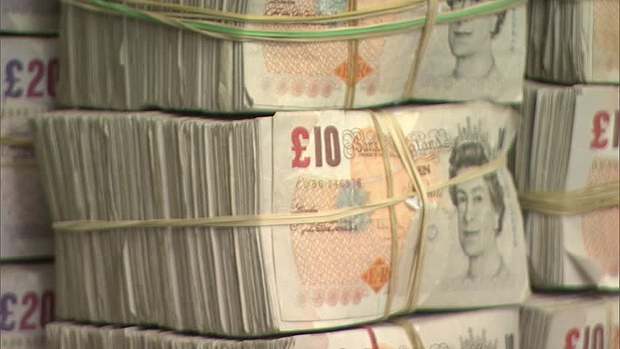 From time to time, I find myself wondering how many of our Councillors take the trouble to read the Minutes of meetings that they may (or may not) have attended – ‘virtually’ (via Zoom), or otherwise.

How many, for example, have directed their attention to the following URL, located via the Council’s online Meetings Calendar: 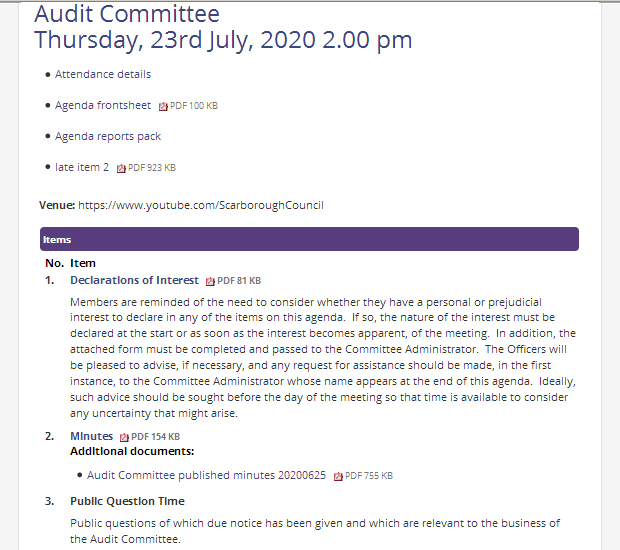 I found this curious because, having watched the Video of the Audit Committee meeting (on the Council’s YouTube channel), I distinctly recalled a lengthy list of Public Questions – which was the reason I made it my business to view the above webpage; I was interested to see what Responses the Questions had elicited. (I would be interested to learn how many of our 46 elected members took note of the Public Questions – and how many bothered to examine the Audit Committee’s Official Responses – or would recognise the significance of them).

One Question, in particular, caught my attention – the reason for my interest will be obvious to readers who have read NYE editor TIM THORNE’s article “£3M Cornwall Gamble Mystery Solved”, in which he revealed that Scarborough Borough Council had made a loan of £3M to Cornwall Council, for one calendar month between June and July 2019 – a fact which SBC Portfolio Holder Tony RANDERSON [Lab.] took to social media to deny in the most emphatic terms. Alas for poor RANDO – Tim THORNE was (dare I say it?) bang on the money.

[By the way, I have since been informed that the Council really cleaned up with the interest on that £3,000,000 loan, picking up a cool £2,500! Would that be like taking the risk on lending someone £30K for the princely return of twenty-five quid? Pass, thanks.]

By 10:30pm on Thursday 3rd September, however, when I re-checked the Council website, the draft Minutes to the Audit Committee meeting of 23rd July 2020 had belatedly appeared.

This is the Public Question that caught my attention:

For the avoidance of doubt, within this Public Question is contained, in parentheses, the documented information that, in September 2019 (four months into Councillor RANDERSON’s appointment as a Cabinet Portfolio Holder) the Council, as recorded within its own public record documentation, had BORROWED £10M at an interest rate of 1.69% per annum, which it then proceeded to LEND at an interest rate of 0.8593% per annum (approximately half the rate), thus incurring an annual LOSS of £84K.

It is difficult to interpret this as a scintillating masterstroke of investment genius.

Readers are now invited to apply careful attention to the Audit Committee’s response (author unknown – but I wager I detect the hand of s.151 Finance Director Nick EDWARDS, who must have been ‘hands on’ with regard to the loan) without any attempt at rebuttal:

Whatever else this flannel might be intended to mean (if anything), this confirms that £10M was indeed borrowed by the Council from the Public Works Loans Board (PWLB) – the same institution which sprung the cash for three other recent gambles; i.e. the Cornwall Council loan, the ARGOS building fiasco (whatever did happen to questions put to Legal Director Mrs Lisa DIXON by more than one elected member, and promised a written response, in regard to the alleged North Yorkshire Police investigation into the ‘leaked’ ARGOS agreement); and the equally disastrous TRAVELODGE deal.

I see nothing in that Response which might account for the £84K per annum LOSS, of which there is no mention (i.e. it has been, so to say, ‘swept under the carpet’).

And I pause for a moment to consider precisely what ‘Public Works’ the Council intended to carry out with the above-mentioned £10M loan from the Public Works Loans Board; giving the Queen Vic statue a wash-and-brush-up, perhaps? Or re-opening some public toilets? A fully-equipped House of Multiple Occupancy (HMO) in the hills of Tuscany?

One thing is certain; it cannot have been intended to be loaned to Cornwall Council – or any other Council (even at a LOSS of £84K per annum).

We know this as a matter of certainty, remember, because RANDO has public asserted that:

. . . unless, of course, Officers are turning multi-million pound deals behind Councillors’ (even Cabinet Portfolio Holders’) backs.

Surely that would be indistinguishable from the tail wagging the dog – behind the dog’s own back!