Following the recent national media exposure in Private Eye, uPSD and many of the leading political blogs, several readers have been expressing curiosity regarding the composition of SBC Leader Councillor Tom FOX’s Cabinet of Curiosities at Scarborough Borough Council (SBC).

Though it is far from commonly known, SBC was almost abolished in 2007, following North Yorkshire County Council’s bid for Unitary status being short-listed only to fail at the last hurdle.

This followed closely on the heels of the HighPoint-Rendel sea defence Procurement corruption scandal in 2005, which resulted in the demise of then-CEO John Malcolm TREBBLE. The scandal also marked the end for then-Leader Councillor Eileen BOSOMWORTH.

Despite these ‘hiccups’, and following an almost invisible ‘public consultation’ in 2010, in which 42 of the 50 respondents favoured the ‘Elected Mayor’ system – a majority rejected unilaterally by SBC CEO Jim DILLON, who unilaterally deemed the result to be ‘unrepresentative’ – Scarborough Borough Council now operates under the so-called ‘Strong Leader’ system, in which Councillor Tom FOX, having been elected ‘Strong Leader’ for a four-year term, is at liberty to select his fellow Cabinet members entirely at his own prerogative.

The time has now come to examine the prudence of his choices.

Including Leader Councillor Tom FOX, the Cabinet originally consisted of nine elected members, reduced to eight as one of the austerity measures following the Comprehensive Spending Review. I will update the list of Cabinet Portfolio Holders now, with a short resumé of each of their respective performances in recent times.

In recent months, he has faced allegations of:

He has made the news three times recently, when;

Councillor Jane KENYON (Con.) is Portfolio Holder for Finance, Procurement & Legal (and also an NYCC Councillor and Chair of the NYPA)

Widely discredited following a series of disastrous financial and human resources decisions in her position as Chair of the North Yorkshire Police Authority;

Councillor Mike COCKERILL (no political affiliation) is Portfolio Holder for Harbours, Land and Project Management (and also an NYCC Councillor)

Has a generally good reputation as a Ward Councillor – but;

He is arguably the most unpopular SBC/NYCC Councillor, having switched from Labour to LibDem as a ‘flag of convenience’, and is widely regarded as ‘flakey’ and unreliable.

If one were to stop a hundred people at random, on the streets of the Borough, and ask them to name the SBC Cabinet Members and identify their respective Portfolios, I doubt that more than a handful could achieve even a 50% success rate.

Yet these are the people who have been shaping our communities.

Any informed observer can see, at a glance, that this Cabinet is a catalogue of incompetence, disingenuousness and self-interest. With the possible exceptions of Councillor David Chance (for whom it is too soon to know), and Councillor Penny MARSDEN (whose remit is essentially ‘in-house’), not one of them can be credited with having made a positive impact on the Borough, all are sullied by more than a whiff of odium and (perhaps worst of all) most are manifestly more autocratic than democratic.

As discredited former NYP Chief Constable Della CANNING might very easily have said, “What a shower!”

For over three months now I have been asking Councillor Tom FOX to respond to a series of simple questions. For whatever reason, he has gone to ground.

These are the questions:

Councillor Tom FOX’s continued silence bespeaks his own recognition of the fact that his Leadership has utterly failed. He has surrounded himself with sycophants and braggarts who, in the end, have shown themselves to be unfit for the office that they have jointly and severally brought into disrepute. 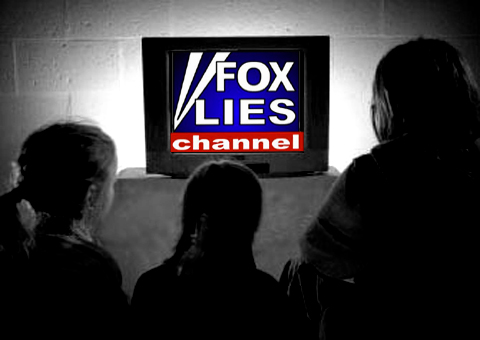