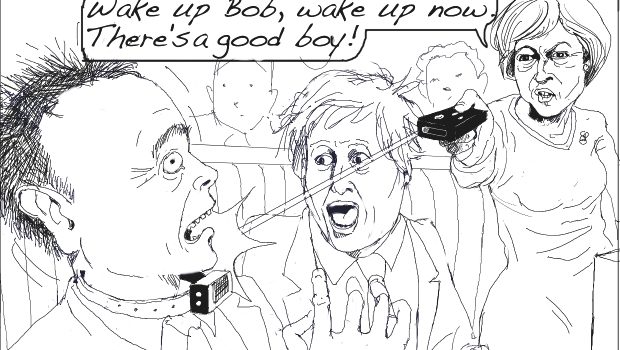 Scarborough & Whitby MP Robert ‘Farmer Bob’ GOODWILL has ‘sort of’ appealed to his constituents to share with him their opinions on the contentious issue of electric-shock dog collars. It is noteworthy that Mr GOODWILL does not appeal to all of his constituents – CodHead, for one!

Mr GOODWILL is reported to have stated:

“I’m still sort of open to constituent’s views as to whether we should ban these shock collars.

One lady actually put the collar on herself before she put it on the dog so she would know the level of shock that she was applying.

And certainly we have electric fencing for livestock and that sort of thing.

So the jury’s out on this particular one.

“Actually”, it is seldom that one catches a Member of Parliament (even a Tory) using the word “actually” three times in one sentence, but Bob has “actually” done so. Bravo!

Returning to the electric-shock dog collars, CodHead has divined an alternative application . . .