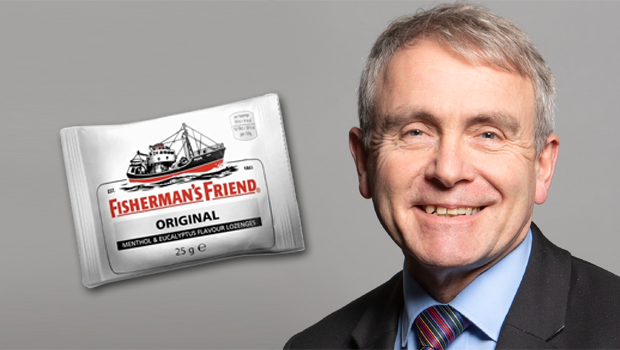 Following Letters from John Senior MBE TD and Mr Peter Lee, once again, the North Yorks Enquirer has been made privy, in the public interest, to correspondence addressed to Scarborough & Whitby MP, Sir Robert Goodwill (Conservative), and other ‘powerful’ recipients, on the highly contentious subject of the vehemently-opposed proposal to re-purpose Scarborough’s West Pier as a tourist plaza.

The first is from one of Scarborough’s leading proponents of the fishing industry, Mr Fred Normandale.

The second is from Mr Paul Fishburn, a smaller operator singing from the same hymnal.

Readers may also wish to review earlier correspondence on a similar theme:

Sir Robert has been Scarborough & Whitby MP since 2005. In March 2019, Sir Robert was appointed Minister of State for Agriculture, Fisheries & Food and should, therefore, have an adequate understanding of the importance of the West Pier to the fishing industry.

I’m writing to add my name to the many respected Scarborians opposed to the unwanted alterations to the West Pier.

Contrary to what you may have been informed, there has been no consultation between the fishing industry and SBC relating to the fishing industry requirements, only multiple information meetings to small, select gatherings, informing these groups the intended plans for the pier. The suggestion of consultation is a complete nonsense. We don’t need fishermen shunting to the end of pier to make way for more unwanted stalls, shops and cafes.

There is so much vital, necessary, remedial work, desperately needed due to years of neglect, and a requirement for upgrading the port to bring our harbour up to modern, acceptable standards. Significant investment in a ship lift would bring a huge amount of new industry and visiting vessels to the port and help the harbour to thrive. This is not a new idea, as has been alluded. In certain quarters. The requirement for a ship-lift in Scarborough has been mentioned by the fishing industry to SBC for several years now.

Our harbour has seen many centuries of change. In late Summer, annually, herring fishing dominated the port from the middle ages onwards, this leading to the widening of the West Pier and construction of the North Wharf. Steam trawlers evolved to make the port a thriving industry year round, but two world wars not only reduced the herring trade but also destroyed Scarborough’s trawer fleet. This allowed Scarborough Corporation to ‘temporarily’ take over the port!! The modern post war boom in trawling has now ended, but we have a huge shellfish industry which is worthy of supporting.

The next chapter for Scarborough Harbour could and should be as a service industry for the offshore wind vessels ,while having the machinery in place to take care of our own boat’s needs.

As Scarborough’s MP I really think you should reconsider your support for the current planned scheme and instead give your support for major repairs and upgrading of our well loved historic harbour.

I am a 3rd generation Scarborough fisherman.

My son and myself both have licensed vessels landing to the fishing pier.

We have not been consulted on the plans. The council are trying to land grab the pier for rents and must be stopped.

My cousin Kevin Fishburn is also a a vessel owner and also has a bait shed on fishing pier. He has been told he has to vacate and then bid for new unit not knowing how much it will be and what security he will have. He doesn’t know what to bid and even if he should have to having been in there for decades.

All the fishermen I have spoke to have not been consulted only the ones who have in its on the pier. They are all scared that if they speak out in any way they will not get a new unit or they might put the landing dues up for revenge.

The harbour is dangerous. Thankfully the health and safety haven’t noticed because we can’t even board our vessels safely. The mmo and mca will not use the ladders or the inspection grid because they are not fit for use. This is why we must have a boat lift that we have been asking for for more than 10 years.

Vincent pier that the lighthouse stands has piles falling off and has cavities inside. It is fenced off above because of the danger.

The harbour staff do a good job where they can but all have to follow orders from above from people who don’t know about fishing and maritime needs.

As our MP please stop them telling lies and save our fishing industry instead of turning the fishing pier into a theme park.