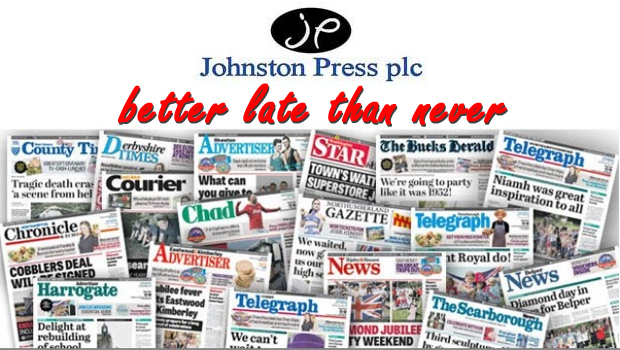 Readers of the North Yorks Enquirer in the Whitby area may have been amused, turning to the ‘Letters’ section of the local rag – “The Voice of Whitby” – on Friday 6th November 2015, to read a letter attributed to Councillor Gerald DENNETT (Mayfield) [Lab.] and Councillor Rob BARNETT (Streonshalh) [Lab.] that elicited that a certain sense of déja vu.

This may be because the Gazette has published extracts from a letter which appeared in the Enquirer on the morning of  Friday 23rd October 2015 – two weeks ago – under the title “SBC: Labour Cllr. Slams Alderman Farce”.

Whilst applauding the Gazette for having the temerity to publish a letter so mercilessly critical of the SBC Leadership, it is fair to point out that there is not much mileage in publishing valid opinion pertinent to the outcome of an event that is now two weeks in the past.

One paragraph stands out as having been worth signalling to Scarborough Borough Council members before they voted to “bestow” Alderman status on the five nominees. In reference to the May 2015 local elections campaign, the Councillors tell us:

In the topsy-turvy world of Scarborough Borough Council, failure – as so often before – was duly rewarded.

Meanwhile, however, Whitby wags are talking about the Teflon Honours Board . . .