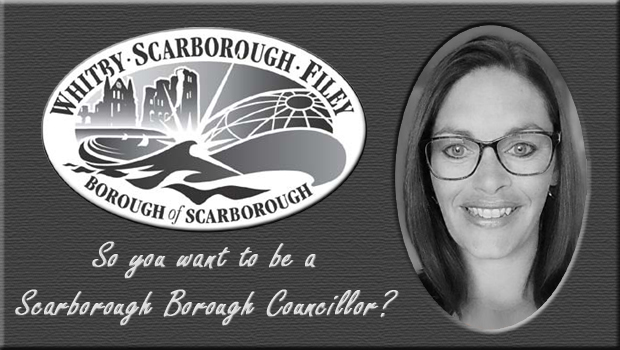 A Letter to the Editor by BOB ROBERTS, who is considering standing as an unaffiliated candidate in the forthcoming Scarborough Borough Council local elections (2nd May 2019).

Although undecided as to the next step in my decision process over whether or not to stand for election to Scarborough Borough Council, I attended the briefing given by SBC on what to expect and how the process works to enable Joe Public – or, in my case, Bob Roberts – to become a Councillor should the electorate decide, following me putting my name forward, to vote for me.

I would say that, at the briefing, around 20 mixed hopefuls attended, without (at least from what I perceived) a single Tory hopeful. In the minority (again from what I perceived –  and if looks are anything to go by) were a couple of Greens and some Socialists. Hopefully the majority were true Independents.

Several things struck me from the briefing and I thought I’d share them with you.

Jim Dillon (CEO) spoke on his years in local government. None of it really made an impact, but he was listened to intently by myself. He was followed by Lisa Dixon (Legal Director). Ms Dixon would have us believe she follows the letter of the law and complies with everything which the Constitution demands and much, much more. St John Harris also made an appearance and I’m sure he spoke with sincerity.

Then we had the Councillors who told us their stories.

This commenced with the Leader of the Council, Derek Bastiman, telling us all about his life in local government and a couple of mentions of his new best friend Dan Jarvis (MP for Barnsley), as Scarborough no doubt involves itself in the Yorkshire devolution debate.

This was followed by Councillors Heather Phillips, Eric Broadbent, Roberta Swiers,  Carl Maw and Tony Randerson, all of which spoke both eloquently and passionately of their genuine (I believe) motivation for taking on the role of being a Scarborough Borough Councillor. However, being a Scarborough Borough Councillor must be unlike being a Councillor anywhere else in the land. Individually, I likened those obviously passionate individuals to great singers – some baritone, some tenor, some soprano – but each individually with a great voice.

So what happens when these great singers with their great voices of varying depth and tone get together – and yet we get such a bad choir? What has happened? What has gone wrong? Is it down to the choirmaster – or is it the musical arranger?

What did come shining through at the end, though, was a very knowledgeable and obviously enthusiastic young lady, eloquent and well-versed in her specialist subject and obviously enjoying her role as Elections Manager, Ms Kerry Russett (pictured above).

Well done to that young lady.

Overall, though, having listened to all these individual speakers, who all imparted high levels of expectation, enthusiasm and regard for protocol in local government, why, I wonder, do we have such a piss-poor Council – or indeed a choir?