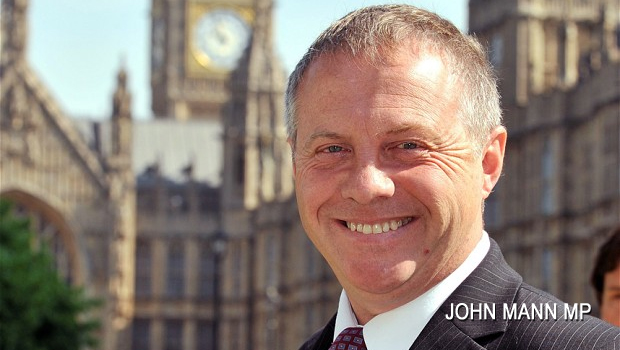 In 1984, the Yorkshire MP Geoffrey Dickens claimed there was a high level paedophile network operating in Westminster and gave the then Home Secretary -Whitby MP Leon Brittan – a dossier containing the child abuse allegations. Shortly after he handed over the dossier, it disappeared from within the Home Office.  Mr Dickens’ flat in London and his constituency home were both subsequently broken into, but nothing was taken.

Mr Dickens was nobody’s fool. His attitude towards, and vehement opposition to, sexual abuse of children was decades ahead of his time. His investigation into Paedophile Information Exchange member Sir Peter Hayman (thought at one time to have been the Deputy Director of MI6), whom he revealed as a paedophile and a security risk, was skilful, supported by evidence – and vindicated as entirely accurate.

Peter Jaconelli was Mayor of Scarborough, leader of Scarborough Borough Council, a leading Yorkshire Conservative and a North Yorkshire County Councillor. He was also a rapist and paedophile, that was involved in prostitution of children, acting in joint enterprise with Jimmy Savile. It has been alleged that in addition to sexual offences, he was involved in trafficking pornography, bribery of Police Officers, firearms offences and receiving stolen property, as part of a ring that operated across Yorkshire and Humberside.

For some time, the North Yorkshire Enquirer has been alleging that Peter Jaconelli was probably one of the prominent persons mentioned in the dossier that Mr Dickens handed to Leon Brittan.

Jaconelli was Britain’s most successful and longest offending paedophile and rapist, who was exposed by the NYE team on the BBC. It is also possible that the dossier had information on Jimmy Savile, who was equally well-known for offending openly in Scarborough and Whitby, in joint enterprise with Jaconelli.

Now in an amazing development, MP John Mann has confirmed that there were two dossiers handed over to the Home Office, not just the one that we had previously known about.

In a speech in the House of Commons on the Wanless Report, Mr Mann made these remarks:

“My approach is to give absolutely everything to the police. Material I have seen recently relating to the Dickens dossier incorporates stuff relevant to North Wales police and to other forces. I will not go into details, because that would prejudice those investigations, but there are dozens of documents that are hugely important.

There were two Dickens files. I have met someone who has not come forward because of the Official Secrets Act but who saw the first Dickens file. There were approximately 16 names in it; they were cross-party and not all were well known, but some of them were. That was the result of research done by Geoffrey Dickens. I do not know whether it is true or not, but I do not know that he gave the file to Leon Brittan in November 1983.

On 18 January 1984, a second person gave a second file to Geoffrey Dickens. I have a copy of that file, which I call the second Dickens dossier, and so do the police. The information in it was provided by two former Conservative MPs, Sir Victor Raikes, the former Member for Liverpool Garston, and Commander Anthony Courtney, a former British Navy intelligence officer and former Member for Harrow East. There was an internal battle going on within the Conservative party, specifically within the Monday club—they were both key figures in that—with a new organisation, the Young Monday club. They were part of that factional battle, and the second file emerged because of it. I do not think that they thought that what they described in the file as paedophilia was of particular importance other than for doing the other side in.

What is significant is the details, the allegations that were made and the fact that those allegations were not investigated. The file is unambiguous. I have an original. I have met, spoken to and got a copy from the person who personally handed it to Geoffrey Dickens, who in turn then personally gave it to Leon Brittan. In the first line, it says, “GK Young heads up a Powellite faction known as Tory Action.” George Kennedy Young, now long dead, was deputy director of MI6. The allegation is that he manipulated a group of people, and that, within that, there were paedophile rings. The file goes into detail about who it is alleged was involved and where. I will not give all the locations because I think some would be sensitive and might identify people, but London is one, Greater Manchester another, and North Yorkshire is a third. I should stress to any journalists listening, that Mr Leon Brittan is obviously not in that file, or indeed the other Dickens file. Geoffrey Dickens was not stupid. He did not give Leon Brittan a file that named Leon Brittan, but there are lots of other names in there.”

This has completely vindicated the line that various correspondents to the North Yorks Enquirer have taken since 2012, when the Jimmy Savile/Peter Jaconelli scandal first broke – that Scarborough was a centre of paedophilism in the UK and it went a lot further than the local area.

London and Manchester are both major cities with large urban populations. But why should North Yorkshire be a centre of paedophilism?

Numerous witnesses have alleged that North Yorkshire Police protected Peter Jaconelli. One witness has alleged that he was paying off Scarborough Police. There are no records of Jaconelli in any Police intelligence system, although the NYE was able to confirm he was arrested as early as 1972.

Had it not been for the NYE investigation, there is no doubt his crimes would now be completely unknown and undetected. The BBC investigation into our allegations is here.

This forced North Yorkshire Police to open up another major investigation which confirmed that Jimmy Savile and Peter Jaconelli had operated in a vice ring together in Scarborough and Whitby, openly.

Jaconelli had numerous complaints made about him to Scarborough Police which were ignored. Everyone knew what was going on and this is brought out very nicely in Nigel Ward’s article here.

All of the major developments in this investigation have been as a result of journalists and members of the public, not the Police. This illustrates the need for a free press and the importance of having citizen journalists that will cover difficult and unpopular cases like these.

There is still a lot more to come out.