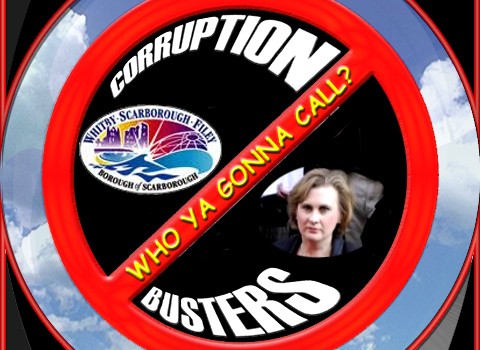 Times they are a-changing. Gone are the days when the final word on a subject in local politics was given by a local Authority press release or through their stooges in the local paper. The only dissenting voices were to be read in the letters page of the same local press or by word of mouth.

Today there are several ways for disgruntled residents and activists to get their point of view across. Blogging, Tweeting and Social Media are currently the most fashionable methods.

Political blogs such as Guido Fawkes now dominate the Westminster Political Scene. Fawkes regularly scoops the Dead Tree Press for obvious reasons and is not afraid to expose the clique that is Westminster Journalism. Fawkes is responsible for bringing a wider audience to the now well known fact that Two Jags actually had Two Shags, and then left us all mortified with that image in our minds. We also know that the World Land Speed record was not broken by a woman in a late night run between Central London and Stansted Airport.

The Fawkes Blog juxtaposes nicely with the Mr Monkey Blog. Mr Monkey made South Tyneside Council the talk of the town with accusations of alcoholism amongst members, sexual deviancy, corruption and ballot-rigging, specifically against the Leader of the Council. This prompted the Council to spend £250,000 of public money trying to uncover the identity of Mr Monkey through a series of lawsuits in the US.

There was much talk of reputations being damaged and threats of legal action, but the blog currently hosts the same accusations three years later and the Leader of the Council was not prosecuted. Make of that what you will.

Twitter moves at the speed of light, often too fast for developing stories and doesn’t lend itself well to providing a snapshot of important stories. When you get the facts wrong and your tweet has already reached an audience of tens of thousands of people, it is impossible to withdraw it as it has been retweeted far and wide. Some celebrities *innocent face* have found this out to their own personal cost.

Facebook is not to be underestimated in its power to gather support for an issue in a very short space of time.

The Real Whitby Blog is currently changing the local political scene, but it is inadvertently making positions more entrenched. The NYCC/SBC broadband allowance double-dipping articles appear to have made Councillors more reticent to engage with their constituents. Instead of encouraging the Councillors to sort out the issue in a timely, reasonable and honourable manner, the Councillors, along with the two Councils’ Monitoring Officers, have retreated into a bunker mentality with the end result being a series of ridiculous attempts to justify the unjustifiable. It seems no one is capable of admitting an error no matter how obvious the error.

New media is also having other unintended effects. Scarborough Borough Council really do not know how to deal with new media. Through an FOI request, I showed that the statement of SBC and Councillor Tom Fox that the new iPads cost the tax payer £160 was complete rubbish. The FOI request also showed that the total cost of the iPads will be close to £53,000 over the first two years.

My article also showed the purchase of iPads was completely unnecessary and the whole purchase will end up costing the taxpayer much more than the cost of the iPads themselves. This and other adverse articles in the press have forced SBC to defend their position in the media.

Recent press releases espousing the ludicrous claims about how much money the iPads, purchased for Councillors and Council Officers, will save the tax payer have been widely derided. It is quite obvious that even the people writing the SBC press releases don’t themselves believe that they will save any money.

New media is also shining a light on the Councillor Standards Complaint process, much to the chagrin of the Local Authorities. The 2010 change in Government swept away the New Labour Quango that was the ‘Standards Board for England’. The organisation was tasked with ensuring that all local politicians operate to the highest ethical standards, but with a successful complaint rate of less than 1% it was widely accepted as a complete failure, leaving local politicians to operate without any real scrutiny and having their peers as their only check and balance.

The minutes of the 18th October 2012 SBC Standards Committee meeting showed just how out of touch SBC, the Councillors and the standards complaints process are.

The SBC Monitoring Officer complained of the:

Councillor Joe Plant said that coverage in the media:

It seems that any lessons that should have been learned during the broadband allowance double-dipping saga have not been learnt, and the Councillors concerned are still not living in the real world. For Councillors the solution is simple, do not accept two allowance from two different authorities for the same thing. If Councillors really don’t see a problem with their actions in respect of the broadband allowance, then explain the situation to your constituents in full and ask them for their considered opinion. When you’ve had enough earache, the penny will finally drop.

The whole episode has left SBC in a quandary. They know that the validity of the complaint was justified, the morals were sound and the weight of public opinion was firmly behind the contributors to this site and against the Councillors. It seems the unwritten rule at SBC is that no Councillor will be admonished for any action, no matter how small. So with the glare of new media shining a light on their actions how will they deal with any legitimate complaints in future?

If the complaint is detailed on this site or any other new media, then the complaint will be ‘withdrawn’, irrespective of whether the complainant had any part in that or not.

The conclusion of the Standards Committee Meeting which discussed the broadband allowance double-dipping debacle is thus:

“Mr Goode stated that the media coverage of a complaint had been discussed by himself and the Monitoring Officer and it would be made clear in the future that the Council reserve the right to withdraw a complaint if it is discussed in the media or on other social network sites prior to any hearing.”

In the past, complaints have been ignored for months on end, which is why it became necessary to publish them into the public domain.

From now on, SBC intends to ignore complaints about Councillors’ conduct whether they are published or not!