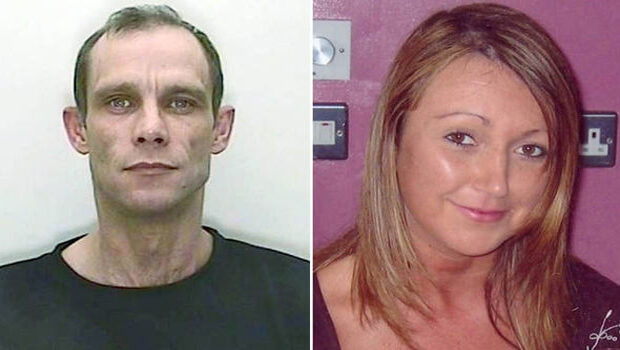 They also reveal information arising from an NYE appeal for information that has never before been revealed.

In March 2009, York chef Claudia Lawrence disappeared. North Yorkshire Police immediately realised that she had been abducted and commenced a major investigation, under the code names Operation Cabin from the 20th of March 2019 until 2010 and then Operation Essence which from the autumn of 2013 until the 10th of January 2017. Unfortunately it was unsuccessful. No-one was prosecuted for her murder, nor was her body recovered.

The explanation given by NYP for its failure to arrest Claudia’s killer was that witnesses did not come forward, some people lied to the Police and the investigation was distracted by media attention. The authors assert that this is a smokescreen by NYP to divert attention away from the inescapable conclusion that its investigation was bungled in many aspects. This has been covered in the NYE in four articles which constitute the only impartial, comprehensive analysis of the failure of the investigation available to the public.

During the course of the Claudia Lawrence investigation, six men were arrested. All six men have been released from Police bail. None of them was remanded in custody or charged with any offence.

Files on four of these men were sent to the Crown Prosecution Service (CPS) which declined to charge them with murder. It appears to the authors that, as with the first two arrests, some or all of the four men are innocent of any participation in the murder of Claudia Lawrence and are also victims of the investigation.

Whilst arresting them gave an illusion of progress, it nevertheless ruined the lives of the arrested men, which alienated local people. This resulted in a lack of confidence locally and an understandable reluctance to come forward with information, for fear of arrest and harassment by the police and police orchestrated press intrusion.

Refusal by North Yorkshire Police to pursue all lines of enquiry

The Claudia Lawrence investigation was always going to be complex and difficult to resolve, whether it was a stranger killing, or the murderer was known to Claudia.

However, it may still be solvable, even though the possibility of a successful outcome has been made more remote by the failings of the NYP investigations.

The arrest of serial killer Christopher Halliwell in 2011, revealed him to be a very credible suspect. However, the decision in 2009 to rule out a stranger, or a man that was not from her circle of friends but whom Claudia recognised, led to the police ignoring information that would lead the investigation down this major line of enquiry. Halliwell was not therefore investigated as a suspect impartially.

Even now, Halliwell has not been eliminated as a suspect. To quote Claudia’s brave mother Joan:

“I still don’t feel the police have investigated the link between Claudia’s disappearance and Christopher Halliwell. Something has always bothered me about Halliwell and leaves me feeling very uneasy. The police may not have proved he had anything to do with my daughter’s disappearance, but they haven’t disproved it either”.

I am a journalist writing for the North Yorks Enquirer (NYE). I have been following the Claudia Lawrence investigation and have run several appeals for information on Christopher Halliwell in the NYE.

I have had access to a sighting report of Christopher Halliwell in the Car Park at the Kilburn White Horse on the North York Moors. I think this could be important to your investigation.

Please can you let me know when I can call you or one of your detectives by conference call to discuss this information.

I thank you in anticipation of your assistance in this request and look forward to hearing from you.

The Senior Investigating Officer (SIO) on the case Detective Superintendent Fox failed to respond. This is in accordance with Chief Constable Winward’s media policy of not engaging with local media that criticises her force. 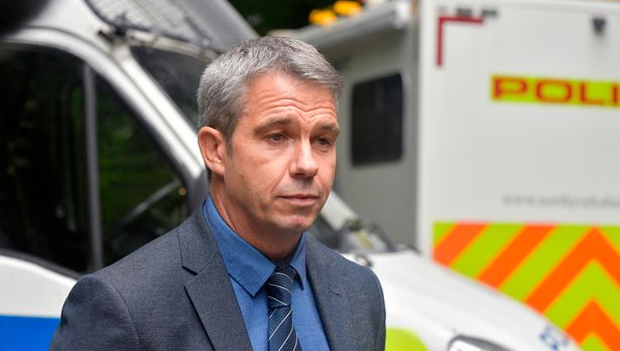 Did not follow up on information generated by local media or pursue all lines of enquiry.

The information the authors wished to pass on is that we have a positive identification of Christopher Halliwell in a mini-cab in the car park at the Kilburn White Horse on the North York Moors.

The wider implications of this for North Yorkshire Police, which were ignored by Detective Superintendent Fox, are profound. This information confirms that:

All of this should put him firmly in the frame for the abduction of Claudia Lawrence.

However, the key information missed by North Yorkshire Police and not revealed before is a deduction by the authors.

This begs the question: What was Halliwell doing at the White Horse at Kilburn on the North York Moors?

We know that Halliwell was attracted to areas of outstanding natural beauty, that he took trophies from his victims and stored them at a trophy store; then obtained perverse sexual gratification by regularly visiting the trophy store and deposition sites.

Yet this has never been examined. Nor has the area been searched by North Yorkshire Police with a cadaver dog.

This is because NYP is resolutely ignoring the mounting fresh evidence that Christopher Halliwell should be considered as a suspect in the murder of Claudia Lawrence.

This leads to additional concerns:

An antecedent investigation reviews the life of a prolific offender and identifies his movements. It then ties the geographical location he is known to be active in at any particular time to crimes that fit his modus operandi at that time and location.

There were sixty items of women’s clothing found in his trophy stash at Ramsbury and a pair of knickers found in his garage at home did not belong to his wife or either of his daughters. Halliwell murdered Becky Godden-Edwards and Sian O’Callaghan in his car. Between 1987 and his arrest in 2011 Halliwell had eighty vehicles. The implication being that he was disposing of vehicles regularly because they had been involved in a serious crime.

As a consequence, Halliwell has never been convicted of another murder or even named as the prime suspect in one.

This is very convenient for Chief Constables everywhere.

In the author’s opinion, Halliwell was murdering women across the country with impunity, completely unnoticed by the police from about 1982 onwards. This is covered very well in this Daily Mirror article quoting Chris on his new book “The New Millennium Serial Killer”. It is the only impartial, credible, antecedent investigation into Christopher Halliwell ever conducted and which details thirty one murders and missing women the authors believe are some of Halliwell’s other victims.

The total failure of the Wiltshire Police antecedent investigation conveniently allows the British police service to evade the huge wave of criticism that would follow, if this truth was to emerge.

Where now for the Claudia Lawrence investigation?

In this documentary, retired Detective Chief Inspector Colin Sutton – the man who caught serial killer Levi Bellfield – asserts that North Yorkshire Police was too small a force to have enough experienced senior detectives to handle an investigation of this size and complexity.

Both authors believe the murder of Claudia Lawrence is solvable. However, the only way forward for the investigation is an impartial review, conducted by a senior detective from Scotland Yard into both failures, to:

Unfortunately, NYP guards its reputation jealously. I do not believe it will never submit to a review which will inevitably expose the mistakes in its investigation into one of the most high profile murder mysteries in the UK in recent years. The Chief Constable of Wiltshire Police will no doubt take a similar view over his force’s hopelessly inadequate antecedent investigation.

So an impartial review into Halliwell and the Claudia Lawrence investigation is not going to happen. The observations by the authors in the above articles and the book will have to suffice.

That is a shame because the authors believe there are valuable lessons to be learned for the police service from the failure of the Claudia Lawrence investigation. They also believe the case remains solvable.

The NYE will continue to press Chief Constable Winward as hard as it can, to openly investigate Halliwell as a suspect and to cooperate normally with the media. We will also continue to report back to our readers on this case.

The case for Halliwell.

Christopher Halliwell had a slim athletic build and spoke with a slight Swindon accent. He is pictured in the lead illustration in 2011, two years after the murder of Claudia Lawrence. You can see and hear him in the video here.

Did he offer you a lift in his minicab?

Did you know of Christopher Halliwell’s Father Alan Keith Halliwell who is believed to have lived in Huddersfield, York, Ampleforth and/or Oswaldkirk and who previously served in the RAF?

Did you see Christopher Halliwell staying in a bed and breakfast or hotel along the A19, in Darlington, Middlesbrough, Scarborough, York or the North York Moors area?