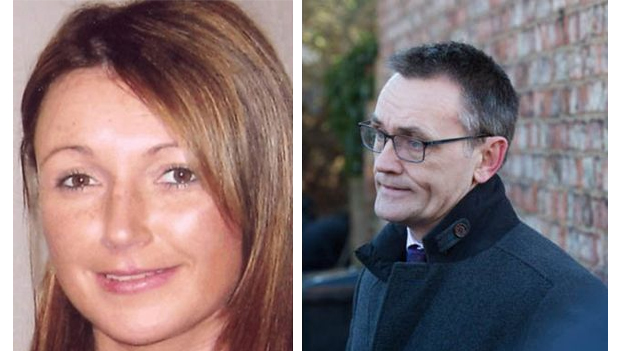 In this article, Chris Clark and Tim Hicks complete their analysis of why the North Yorkshire Police (NYP) investigations into the murder of Claudia Lawrence failed.

These four articles together are arguably the most detailed assessment of the investigation into Claudia’s disappearance available to the public.

In March 2009, York Chef Claudia Lawrence disappeared. NYP immediately realised that she had been abducted and commenced a murder investigation codenamed Operation Cabin. Unfortunately it was unsuccessful. No-one was prosecuted for her murder, nor was her body recovered.

In the autumn of 2013, the NYP Major Crime Unit (MCU) started re-investigating the disappearance of Claudia Lawrence under the codename Operation Essence. The Senior Investigating Officer (SIO) was Detective Superintendent Dai Malyn QPM (pictured above right). It ran until the 10th of January 2017, when the investigation was wound down.

The authors believe that an impartial attempt to assess the failures of both Claudia Lawrence investigations should take place, so that lessons can be learned and the truth comes out. This is covered in a series of four articles:

This article is the concluding article on the failure of Operation Essence.

Initially, Operation Essence made good initial progress, covered in the third article above. Detective Superintendent Malyn was a highly competent career detective, who re-established good relations with the Lawrence family, had the CrimeStoppers reward re-instated and completely re-examined the crime scene, which generated new forensic evidence and fresh public interest. However, it nevertheless failed.

The authors believe the following were factors in this:

Initial focus on deflecting blame for the failure of Operation Cabin

Tim has covered North Yorkshire Police since 2011 and in his experience it appears to be a force obsessed with its public image which will not admit to any error.

As with the Peter Jaconelli Jimmy Savile investigation, North Yorkshire Police appeared determined not to accept any responsibility for the failure of both investigations and to blame:

2) Witnesses it alleges are lying or withholding information:

This quote from an NYP statement at the start of Operation Essence is illustrative:

“Without any prior involvement in the case, my team and I have been able to look back at the events of March 2009 and the enquiries that followed it, at a different pace and with a fresh perspective. Without the pressure of daily media attention, we have spotted things that may not have seemed significant or hugely relevant at the time, and to prioritise and put greater emphasis on certain aspects of the enquiry that this new team felt were necessary and warranted.”

This is obviously unfair and appears to be an attempt to shift blame to the media for a failed investigation. NYP actively encouraged media interest and the media did its best to support the investigation.

Operation Essence focussed on the premise that witnesses who had evidence were either withholding it or lying to the police. This appears to have permeated the investigation and was routinely mentioned in statements:

first, that there are people locally who knew Claudia and who have actively sought to keep that a secret – and we know who some of those people are;

secondly, we know that some people have deliberately lied about a number of issues concerning their association with Claudia.

people continue to obstruct this investigation

or assist or cover up for the person or persons responsible,

they will be arrested.

These are very serious allegations. The CPS guidance is:

“A large number of offences cover conduct, which hinders or frustrates the administration of justice, the work of the police, prosecutors and courts”.

Yet no-one has been charged with these offences.

It seems to me to be bizarre that despite all of these people that NYP blames for its failure to solve the case because they are lying, withholding information, assisting the murderer(s) and covering up for them. No one has been charged with an offence of obstructing, hindering or frustrating the work of the police.

Could it be that:

The focus on people allegedly withholding evidence, lying or otherwise obstructing the investigation made it clear that anyone who admitted knowing Claudia Lawrence or who came forward with information having not come forward in 2009 could be arrested.

This approach may have deterred witnesses from coming forward with information for fear of being arrested, having their business and home searched by the police and their reputations destroyed by media coverage.

One witness with information the authors believe to be of critical importance to the investigation came forward to the NYE and specifically asked that his identity is not revealed to NYP.

So far as can be ascertained, at least six arrests were made by Operation Essence. Four men have had files sent to the Crown Prosecution Service (CPS) which has declined to charge them for lack of evidence. All six men have been released from police bail.

This string of arrests with no charges may have created public hostility and scepticism towards the investigation, which may also have alienated potential witnesses.

Failure to empathise with the media and the public

In May 2010, the family spokesperson Mr Martin Dales alleged that NYP had been rude and dismissive towards members of the public contacting them with information and had not engaged with the media. This accords with the author’s experience of Operation Essence since the retirement of Detective Superintendent Malyn.

A week after Claudia’s disappearance the SIO of Operation Cabin stated he believed she had been abducted by someone known to her. Operation Essence also followed this line and focussed on Claudia Lawrence’s private life.

The authors believe this was the key error in the failure of the Claudia Lawrence investigation. The possibility of a complete stranger being the murderer was completely discounted very early on:

“Unless we get information or intelligence to suggest that Claudia came to harm as a result of an opportunity taken by someone unconnected to her, me and the team still strongly believe the answer lies locally.

This investigation has been made more difficult by the lack of CCTV in the vicinity of Claudia’s home, and data and information that we normally get from social media or phone and other passive data.

Claudia didn’t have a social media profile nor did she use a smart phone. We know also that her mobile phone didn’t leave the area before it left the phone network.

This again is a reason I don’t believe she fell victim to an attack by a stranger.

Also we have no actual scene where something untoward may have happened to her despite fresh forensic assessments of her house, car and other locations.”

The authors believe this was a major failure by Operation Essence, caused by the refusal of NYP to concede that Operation Cabin made errors. Analysing Detective Superintendent Malyn’s statement above, the authors would comment:

The authors can therefore see no rational basis for NYP to dismiss the possibility of a stranger murder.

NYP appears to have perversely maintained the line it took a week after Claudia’s disappearance, resulting in the investigation becoming contaminated by confirmation bias against the possibility of a stranger killing.

Failure to follow up leads which do not fit with the NYP view that the killer is a local man known to Claudia.

On the 8th of March 2016, Detective Superintendent Malyn admitted that NYP had not been able to eliminate the possibility that Claudia’s murderer was a stranger:

“We can’t rule out that a complete stranger to Claudia was involved and managed to avoid CCTV cameras, being disturbed by witnesses and is unknown to the investigation team, her friends and family. Until then, we will continue to investigate the information that regularly comes into the team and look at all possibilities.

However, I still strongly favour the theory that the person – or persons – responsible for Claudia’s disappearance was someone – or several people – who were close to her. It was either very well-planned or there was a huge element of luck to have got away with it, so far at least. In my view they have probably been helped by the fact that those closely associated with Claudia have withheld key information.”

The new SIO is Detective Superintendent Wayne Fox. Earlier this year, on the twelfth anniversary of Claudia’s disappearance, he issued a statement that he believed there were people who either knew or have strong suspicions over what happened to Claudia and appealed to them to do the right thing by coming forward and speaking to him.

The NYE has published information that there have been multiple sightings of convicted serial killer Christopher Halliwell in North Yorkshire and that he was working as a mini-cab driver in the area. We know that MCU Officers monitor the NYE.

However, contrary to the assurances above, we have had no response to this information from NYP. It appears to have been ignored. Failing to follow up on information generated by local media or to pursue all lines of enquiry.

This is a major failure:

Yet NYP has not interviewed him in prison.

Failure of the Force Intelligence Bureau to liaise with other forces

Halliwell’s modus operandi was to abduct his victims in one force area and to conceal their bodies in a neighbouring force area.

Therefore the information that Halliwell has been sighted in North Yorkshire should have been fully investigated, then passed on to the Cleveland, West Yorkshire and Humberside forces by the NYP Force Intelligence Bureau (FIB).

This has not happened and indicates a silo mentality within NYP.

Influence of Police politics on the investigation

Should NYP investigate Christopher Halliwell as a suspect, it casts doubt on the guilt of the six men it has arrested, indicates that the investigation was misdirected from the start and that a serial killer may have been operating in North Yorkshire, despite NYP’s repeated denials.

This would be a disaster for the force’s reputation and may be why it has resisted investigating him as a suspect.

The NYE had exactly the same response of bureaucratic intransigence from NYP during their investigations of the “Nude in the Nettles” murder of “Hope” in 1979, who was probably murdered by Yorkshire Ripper Peter Sutcliffe, Peter Jaconelli and Jimmy Savile.

Shortly after Halliwell’s arrest in 2011, the National Crime Agency circulated all forces with information about Halliwell and ordering them to consider if he was responsible for any unsolved murders in its force area.

The authors fear that the initial determination that Claudia had been murdered by someone known to her would led NYP to immediately rule Halliwell out as a suspect.

North Yorkshire Police were provided with an initial draft of this article and asked for a comment. No response was received from them.

“Claudia Lawrence: The other victims” Christopher Halliwell pictured next to one of his known victims Miss Sian O’Callaghan.