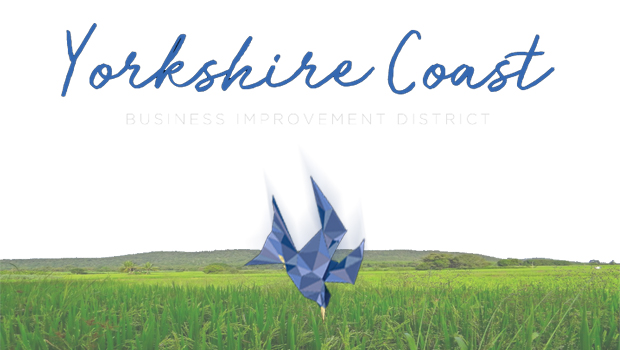 East Riding of Yorkshire Council (ERYC) is in the process of pursuing a considerable number of businesses within the ERYC boundary for non-payment of the Yorkshire Coast  BID 1.5% levy. Scarborough Borough Council is expected to follow suit presently.

On 15th January 2020, seventy-five business proprietors were issued ‘Summonses’ to attend East Yorkshire Magistrate Court in Beverley on Wednesday 26th February 2020 – this despite the fact that ERYC has been notified that (i) the investigation presently in the hands of the Secretary of State for Housing, Communities & Local Government (the Rt.Hon. Robert JENRICK has survived BoJo’s cabinet re-shuffle), and (ii) the independent investigation of Mr Peter STANYON (CEO of the Association of Electoral Administrators), and (iii) the criminal investigation by North Yorkshire Police, have yet to be concluded. 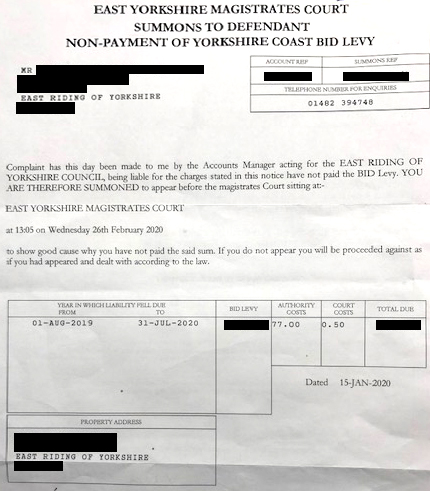 Nevertheless, ERYC has confirmed that the cases against the seventy-five will not be adjourned pending the outcome of the investigations.

Curiously, though, the tone of that confirmation is almost apologetic; it is as if the Council realises that it is riding a train rushing headlong into the buffers, but is incapable of admitting to its own part in what has been a deeply flawed process from the outset. In other words, standard procedure. No-one ever owns up. No-one ever apologises. 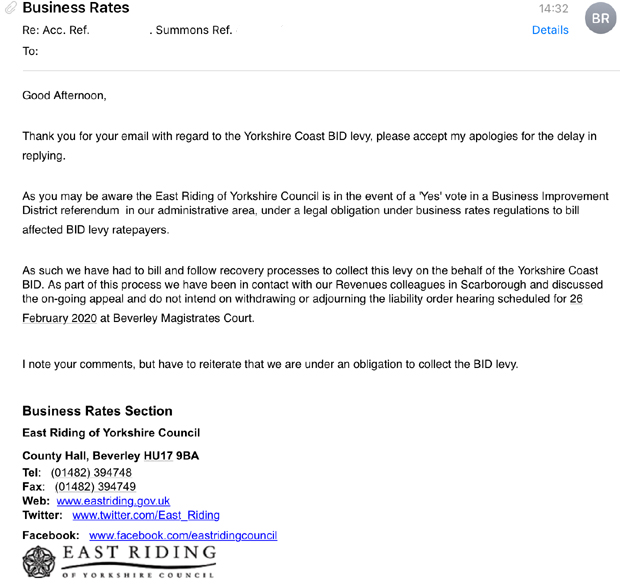 (Note that the email is unsigned. It is becoming increasingly common – whatever the purpose – for Council Officers to send out letters and emails unsigned – by no means everyone’s idea of accountability and, in my view, totally unacceptable).

I would suggest that ERYC may soon find itself in the embarrassing position of having to announce a U-turn on its ‘no adjournment’ decision. Likewise, Scarborough Borough CouncilBC.

For one thing, the legitimacy of  the so-called ‘Summonses’ issued by the Council has now been called into question as potentially non-compliant with fundamental Court legal requirements, specifically in contravening the terms of the County Courts Act 1984, as well as Lord Justice WIDGERY’s landmark Judgment that:

“It must however be remembered that before a summons or warrant is issued the information must be laid before a magistrate and he must go through the judicial exercise of deciding whether a summons or warrant should be issued or not. If a magistrate authorises the issue of a summons without having applied his mind to the information then he is guilty of dereliction of duty and if in any particular justice’s clerk’s office a practice goes on of summonses being issued without information being laid before the magistrate, then a very serious instance of maladministration arises which should have the attention of the authorities without delay.”

East Riding Magistrate Court has confirmed (verbally – but recorded) that the merits of the applications for Summonses against the seventy-five have not at any stage been individually weighed by a Magistrate as the law requires – they were simply accepted en bloc without regard to any surrounding circumstances, such as the three extant investigations or even whether or not businesses in receipt of ‘Summonses’ actually fell within the ill-defined parameters for inclusion in the BID in the first place.

In an FOIA response, the Ministry of Justice has confirmed that:

Readers who have already seen my two recent articles (here and here) covering Scarborough & Whitby MP Robert GOODWILL’s letters to the Secretary of State will be aware that his intervention appears to be predicated on the belief that certain parties to the administration of the BID ballot process may have acted in disregard of an obvious conflict of interests.

Coming from a sitting Member of Parliament, this is a flagrantly provocative assertion. It would be interesting to know how YCBID Chair Mr Clive ROWE-EVANS has reacted to it – in a spirit of openness and transparency, of course.

I would like to be able to say that I was astonished to learn that one of the nation’s most highly respected investigative television programs is presently attempting to verify allegations (already in the hands of the North Yorkshire Police) that, during the course of the BID ballot process, a source within Scarborough Borough Council was passing information to the BID promoters regarding which business proprietors who had been ‘assessed’ as being likely to vote YES to the BID were, in fact, leaving it very late to vote – with a view to YCBID contacting them (but not those ‘assessed’ as being potentially opposed to the BID) actively to encourage or coerce a YES vote. How could that amount to anything less than electoral fraud?

However, I am far from astonished – because these allegations have been circulating in whispers for many months now. I would guess that formal statements have now been produced. If true, surely such allegations would send YCBID into ‘Power Dive’ mode?

Nevertheless, true or false, the very notion that a Council Officer – and one can imagine that she/he would have to be a rather senior Council Officer – would attempt to tip the balance in favour of a YES vote is utterly appalling. It also begs the question: who, other than a Returning Officer (whose integrity must, surely, be above reproach), would have access to the votes as they came in to the Council?

I think we should be told; ‘John (or Jane) Doe’ is not good enough. 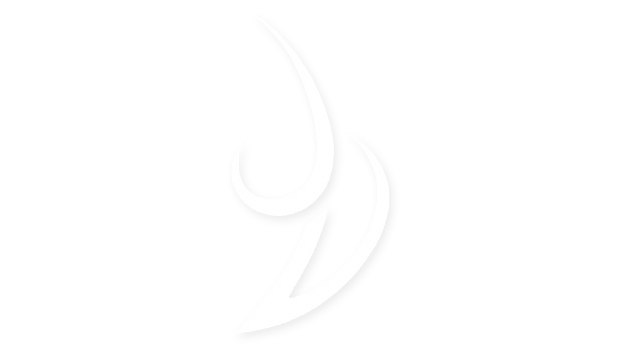 I should add that the integrity of the present Returning Officer (and CEO and Head of Paid Service of SBC) Mr Mike GREENE has not been called into question – Mike joined the Council in late August 2019, long after the BID ballot was safely in the bag.