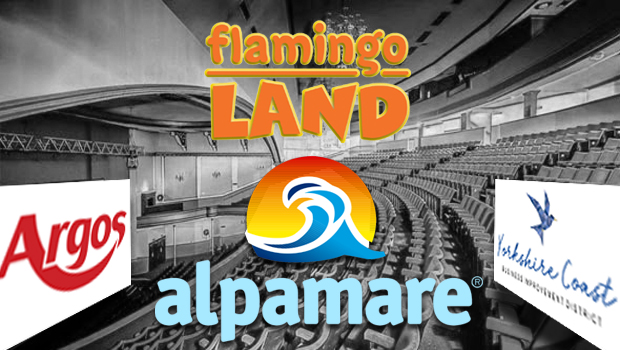 A Letter to the Editor from COLIN RELPH, Scarborough businessman and former SBC election Independent candidate for the Falsgrave & Stepney ward.

As a local businessman, whose business will hopefully still be viable when the lockdown ends, I feel I must respond to two comments made recently by members/officers of our Council regarding how they see business recovering in the post-Coronavirus world.

The first comment to catch my eye was one made by former leader of Scarborough Council, Conservative group leader Cllr Bastiman, who said “the borough would always extend a warm welcome but people should wait before coming to sample the hospitality”. However, he continued, “when lockdown is totally relaxed, we, as ever, will give all visitors a truly warm welcome”.

The second comment to attract my attention came from a Town Hall press release, presumably authorised by the current Labour leadership, which referred to future business planning for the Borough. Apparently the Council is currently gathering information which it will use ‘to prepare a recovery plan for the short, medium and long-term once the lockdown restrictions are lifted’.

The Council press release added that the information gathered would be used to help “effectively represent the borough’s businesses on a regional and national level, effectively signpost businesses to existing support”.

To which the Council’s Cabinet Member for Inclusive Growth, added “We want to continue doing all we can to ensure the borough’s businesses get the right level and type of support they need, now and in the future. We also have a leading role to play in planning for and managing the staged recovery of the local economy”.

Now I know that being in lockdown has caused many of us to lose track of time and it has certainly played tricks with some of our memories. However, I don’t think anyone in business in Scarborough will have lost their memory to such an extent that they will have forgotten how successive Council administrations have failed local businesses.

It will not be forgotten, for example, that it was the previous Council administration that closed most of our public toilets. Nor will it be forgotten that it was the same administration that increased charges on our visitor car parks to some of the highest levels in the country. As for the money squandered destroying the Futurist theatre, over £4 million, this act of Town Hall vandalism will, I am sure, linger in people’s memories for many years.

Indeed, very few public toilets, a hole where the iconic Futurist theatre once stood and sky-high parking charges will not, I suspect, give any of our visitors the impression that the Council offers them “a truly warm welcome”.

That being said, of course, the present Council administration seems, despite its early promises, to have done nothing to improve the business prospects of the town. The old Atlantis site still remains derelict and unused. The dream of a multiplex cinema on the site remains just a dream. The old Kinderland and Mr Marvel’s sites are likewise deserted and neglected.

The cleared Futurist site still remains undeveloped and, quite frankly, the administration’s newly released vision for what might be developed on the site looks totally uninspiring. There are, in fact, no plans for any new entertainment facilities on any of these sites, as was so recently promised by the present Labour administration. What is on these fantastic development opportunities is piles of rubbish and evidence of millions of pounds of ratepayers money wasted.

A theme which the current administration looks set to continue. Their enthusiastic support for the completely anti-business DBID scheme, which will ultimately suck £5 million out of the local economy, is in the current financial climate appalling. Instead of supporting the DBID they should be backing moves to have it scrapped.

The Council and its Councillors may talk of improving business within the Borough and pontificate that they have a “leading role to play in planning for and managing the staged recovery of the local economy”, but if past and present form gives any indication of how successful they might be, I would not hold your breath.

Scarborough needs substantial investment – that is perfectly obvious – and a staged and carefully managed programme of investment in infrastructure and additional entertainment venues should, as a matter of priority, be developed. However, reinforcing failure, such as continuing to allow Flamingo Land and Benchmark to keep their preferred developer status, will not help Scarborough’s future economy.

What will help, is the reinstatement of basic Council provided facilities, such as public toilets. What will help even further is finding genuine partners to develop the many prime sites, both in the North Bay and the South, which are currently vacant. However, what will help, in my humble opinion, more than anything else is for the Council to stop wasting our hard earned money on vanity schemes, like the Argos development, which will inevitably fail, leaving the ratepayers, as usual, to pick up the bill.