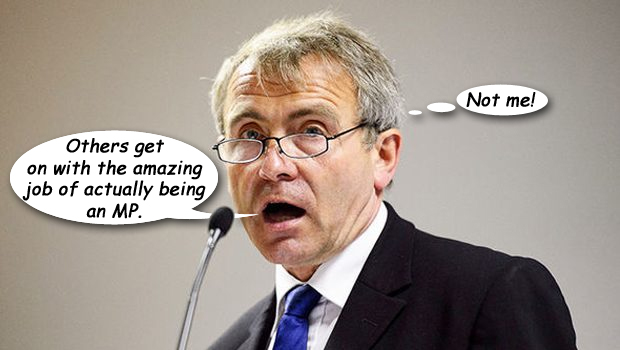 In an uncharacteristic gesture of candour, Mr Goodwill has shared his personal post-sacking ruminations with readers of our local newspapers.

In the interests of assisting Mr Goodwill in sharing his message with as many of his constituents as possible, and to prevent the subtle nuances of his political philosophy passing over the heads of our local government democratic representatives, a panel of Enquirer readers has analysed the MP’s carefully selected words in search of that single tell-tale line that cuts to the very essence of his true feelings about government, his fellow Members – and himself.

Fundamentally, Mr Goodwill appears to regard himself as being discernibly inferior, in terms of diligence and conscientiousness, to some of his Westminster colleagues; in particular, those who actually get on with their jobs as MPs.

In short, Mr Goodwill would appear to have a classic inferiority complex – a low opinion of himself.

It is an opinion which commands much respect. 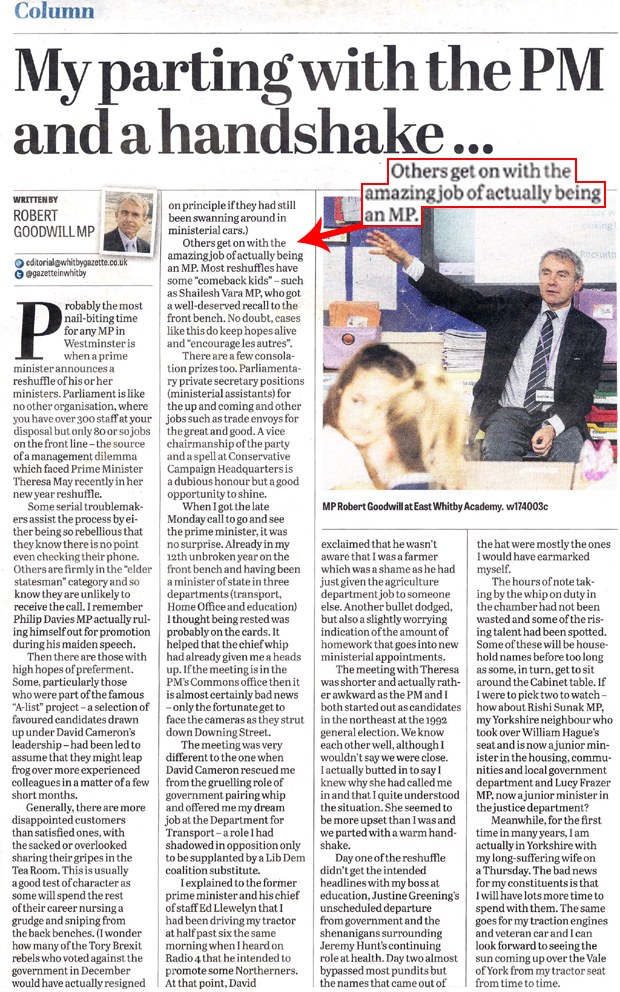